The Regatta prize giving is usually inaudible to the faithful followers on the river - so it was good in 2010 that following the non performance of the microphones - after an embarassing silence, a loudhailer was obtained and those on the river actually heard possibly more than they usually do. In 2011 it was all rather more audible - though by no means perfect 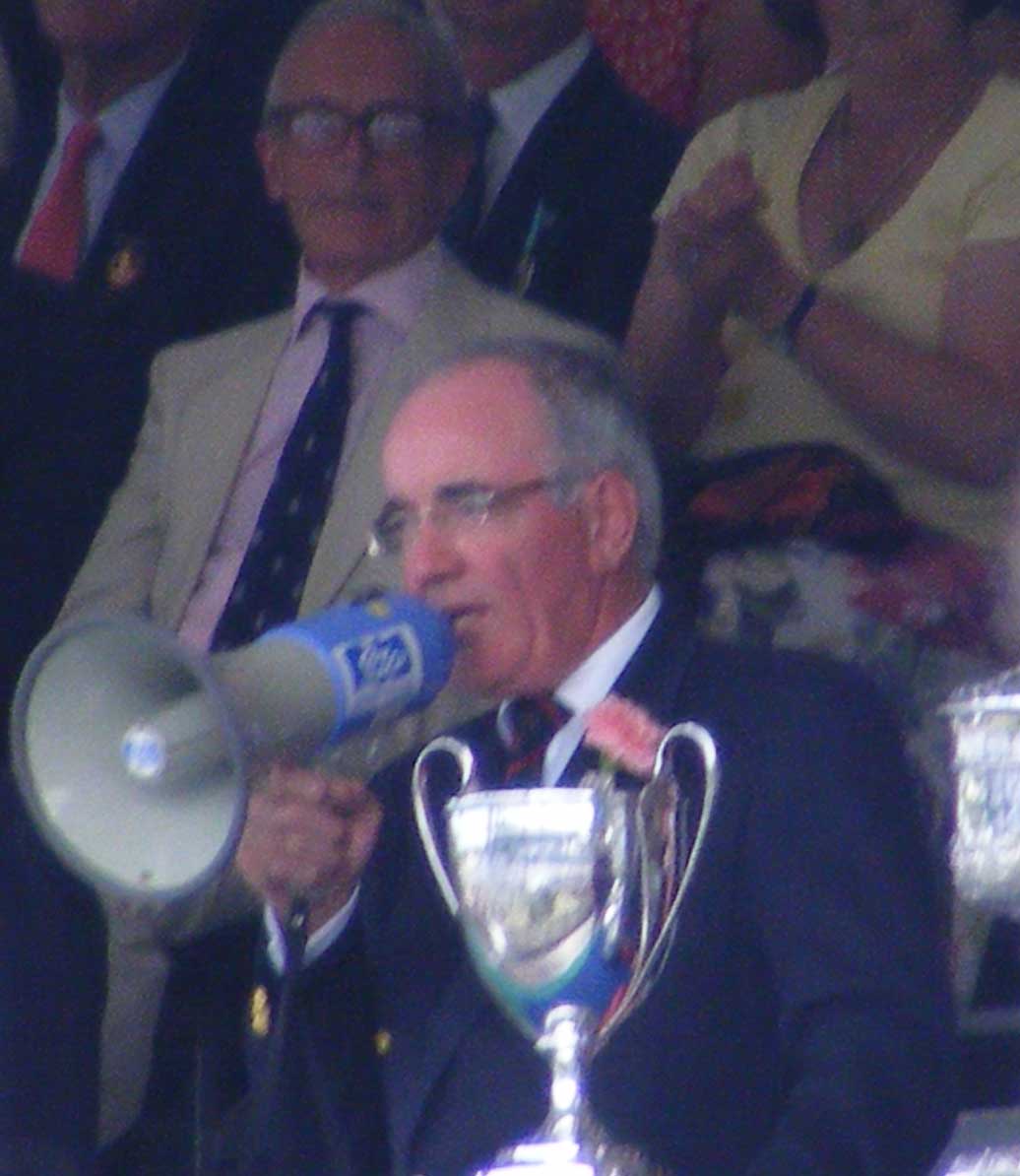 2012: 27 June - 1 July
Very heavy rainfall in the days before the regatta threatened to make the rowing difficult and spectating uncomfortable - in the end however it all worked out better than might have been expected.
Of the total entry of 499 crews, 133 were from 21 other countries.
The Stewards explained -

In the absence of the top Olympic crews  all in training camps in preparation for the London Olympic Games  the open events at Henley attracted a wide variety of entries. The Australians, Canadians, Germans and New Zealanders have entered crews from their Teams preparing for the World Under 23 Championships in Lithuania in mid July. The Americans, Danes, Norwegians and South Africans have entered crews that missed out on Olympic Qualification. The Italians and Dutch have entered some of their national lightweight crews preparing for the World Championships in Bulgaria in August.

The outcome of the top events looks set to be fascinatingly unpredictable. The seven crews that have entered The Grand Challenge Cup, the top event for mens eights, reflect perfectly the diversity of backgrounds. The two eights from NRCE, Australia and the eight from Ratzeburg Training Center, Germany are World Under 23 crews. The eights from The Netherlands and Italy are the national lightweight crews. The eight from California Rowing Club is made up from rowers who missed out on Olympic selection in the USA and Brown University is the fastest University crew on the east coast of America.

The number and quality of the crews entered in The Remenham Challenge Cup, the top event for womens eights, has prompted the Committee to increase the number of crews racing in the Regatta from eight to ten.

The Princess Elizabeth Challenge Cup for schoolboy eights has attracted a massive entry of 46 crews, including 11 crews from overseas. There will be some tremendous racing as the UK schools attempt to repel the invaders.

The Chairman of the Committee of Management, Mike Sweeney, said "I am absolutely delighted that we have been able to attract such an interesting and high quality entry for this years Regatta. This augurs well, despite the absence of the Olympic crews, for some close and exciting racing."

Henley Royal Regatta will be available to view around the world via a live stream in 2015, the Committee of Management has announced. All racing will be shown live and a daily highlights show will be available to watch on demand within an hour of the close of each day’s racing from July 1-5. More info here: www.hrr.co.uk/media/tv

The 1919 Royal Henley Peace Regatta was a key milestone in the sport of rowing and was staged to help heal wounds and hasten the return to normality of the Allied nations and their troops recovering from the First World War. 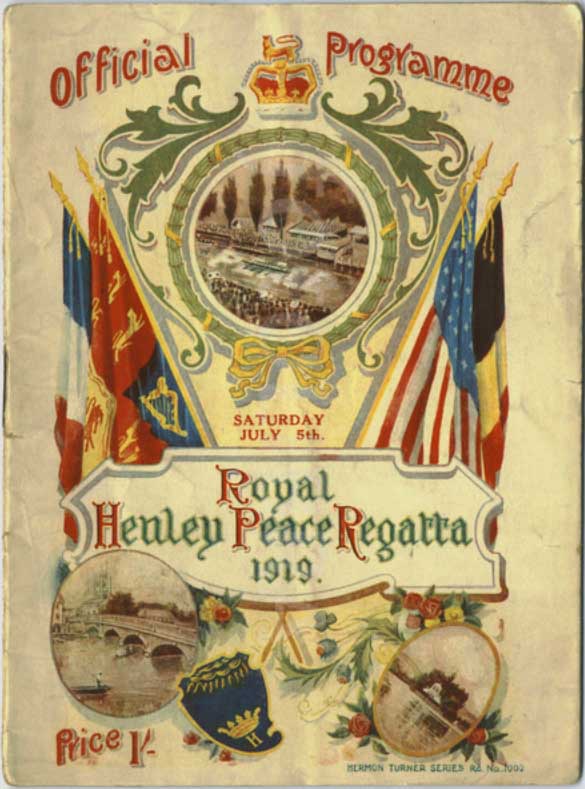 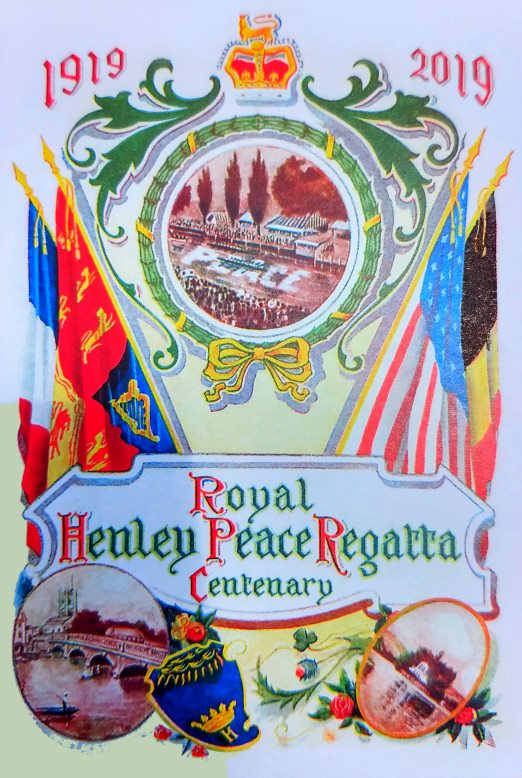 In commemoration of the centenary of the 1919 Royal Henley Peace Regatta, military VIIIs will once again compete against each other at Henley Royal Regatta after a one hundred year hiatus.
The King’s Cup at Henley Royal Regatta will be a race between eight military forces which honours the past, cements and contributes to the Alliances of today and builds towards the future; The King’s Cup will see crews from the original six nations that raced in 1919, Australia, Canada, France, New Zealand, the UK and the USA, joined by Germany and the Netherlands.
They will compete in a knock-out format over the final three days of the 2019 Henley Royal Regatta and for the first time at an elite rowing event, men and women will row in the same boat. 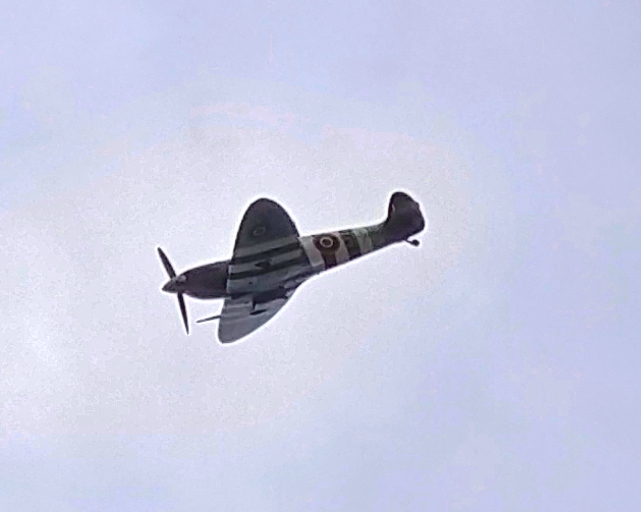 The Centenary of the Peace Regatta 1919
Military Crews will race for a replica of the original King’s Cup.
After the Great War ended in 1918, and the country was adjusting to the aftermath, tens of thousands of allied troops were stranded in England waiting for ships to take them home, some had to wait nearly two years. There was a clear need for these men to be kept occupied.
In England the local rowing communities were coming to terms with re-establishing the sport and the Stewards determined that 1919 was too soon to hold the Royal Regatta.
However, the Stewards were asked and agreed to run a ‘Royal Henley Peace Regatta’ in 1919, with four events included specifically for servicemen of the Allied armies.
The King’s Cup was the premier event for military Eights. Members of the crews had to have served, prior to 11th November 1918, for the Navy, Army or Air Force of a country which fought for the Allied Cause.
Won by the Australian Army crew, the gold cup was presented to the Regatta by His Majesty King George V. The original trophy is now presented annually to the fastest inter-state men’s eight in Australia.
This year, to mark the centenary of the Peace Regatta, an international event for mixed Eights has been created with military crews from eight nations.
The crews of 1919 helped the allies to build peace; this year, the 180th since the Regatta was founded, the original nations competing (Great Britain, Canada, Australia, New Zealand, France and the United States of America) are joined by Germany and the Netherlands.
To reflect the place of women in the armed services today, each of these military personnel crews will be mixed: the first time mixed crews have competed at Henley Royal Regatta.
A new cup has been commissioned to mark this event which will be raced over the final three days of the 2019 Regatta, in the usual knockout format.
National contributions to the manufacture of the prizes (the cup, presentation sword and medals) have included copper fittings from the original New Zealand King’s Cup boat; four Croix de Guerre awarded by France during World War One; and a gift from Her Majesty The Queen, Patron of Henley Royal Regatta.
The cup will remain at the Regatta, whilst the sword will be engraved and presented to the winning crew at a later date.
The 1919 Regatta also saw the creation of the Stewards’ Enclosure which had been trialled in 1913. The Enclosure is a central feature of Henley’s structure and its financial stability. In 1919 the expenses included a sum for ‘Precautions against Arson’, which was a polite reminder that militant suffragettes were busy at the time setting fire to all sorts of things, including Wargrave church. There was a fear that the Boat Tents might be a target.

I have not seen it stated but I assume that "mixed crew" means a crew consisting of a cox and at least two women. All the military crews included two women rowing at bow and 2 (or 2 and 3). It is a sign of the times that their physique and styles did not significantly differ from the men.
Since the ranks of the crews were printed in the programmes it was obvious which crews might have been chosen from across the ranks, and which might have been recruited for the purpose!