2020. The Regatta was planned for Wednesday 1st to Sunday 5th July
It did not take place.

In common with all other sporting events the Coronavirus pandemic caused the cancellation.
The Stewards waited as long as they could - but when the Olympics was postponed to 2021 there was no choice.

Note: The regatta was postponed from the first week in July due to coronavirus restrictions. It had been planned to extend the regatta to 6 days but under the circumstances a 5 day pattern was retained.
Various changes have had to be made in the arrangements.
In particular racing boats launched from Fawley Meadows on the Bucks bank and not from the usual boat tents. 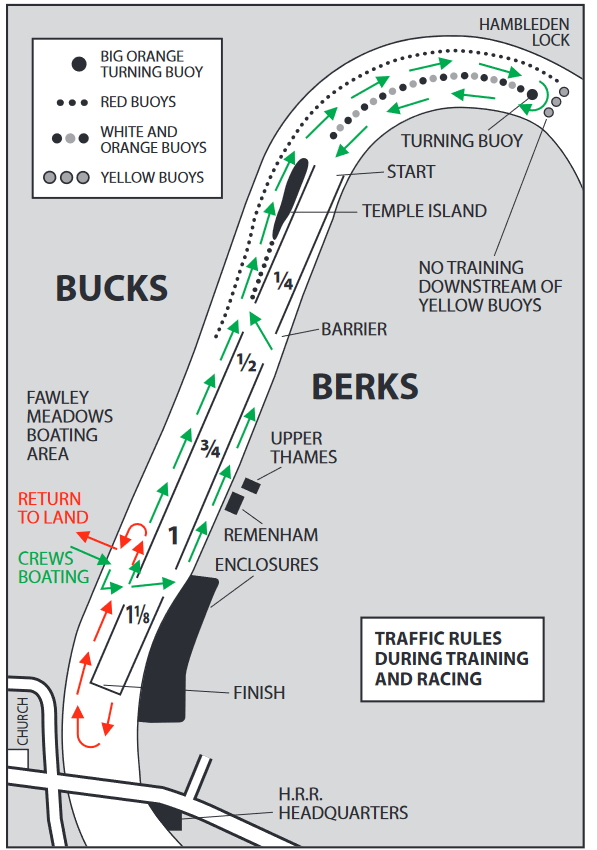 When I first saw this the circulation at the launching site worried me.
However there is more room than the sketch map shows.
I understand the theoretical correctness of launching upstream - but the stream is unlikely to be significant and it means that some launching boats must turn round 180 degrees to go downstream (others going at 90 degrees across the course). They will be crossing returning boats as they do this. And returning boats will have to spin (in the face of the normal regatta traffic) below the landing site.
With some care and consideration it did all work.
I think it would have been better to launch and recover downstream. That would prevent racing boats crossing each other and eliminate the need to spin entirely. The crossing point of the course would need to be further downstream.

LEAVING AND RETURNING TO FAWLEY MEADOWS
Pontoons will be fixed parallel to the riverbank for use as boating pontoons. A boating protected zone (see plan) will be marked by posts at either end with signs directing commercial and leisure traffic away from the zone, and by buoys placed between the posts to mark the waterside boundary of the zone. When entering and leaving the boating protected zone, crews should keep within these markers. Crews will go out to the river from the upstream end of the boating pontoons and return to the downstream end. The circulation pattern on the water is illustrated by the arrows on the plan. Outgoing crews will row a short distance upriver, then turn and proceed to the crossing point (the opening in the booms marking the Regatta Course) and cross over to the protected area on the Berkshire bank to proceed towards the Start. Alternatively, after turning, crews are permitted to proceed towards the Start in the general navigation channel on the Buckinghamshire side of the Course.
Marshals at either end of the boating protected zone will supervise the movements of crews leaving and returning to Fawley Meadows. A further marshal in the mile and one eighth signal box on the Course will supervise crews crossing the Course. All crews must follow the instructions of these marshals.

In general the 2021 regatta exceeded expectations. There were changes of course - but it felt as regattas always did. Some of the racing showed signs of lack of training (some big margins between boats) - but then there was some quite exciting racing. More womens' crews than ever and some quite impressive.
I missed the regatta service (St Mary's had its usual Mass at 9.30am with just one or two regatta visitors). 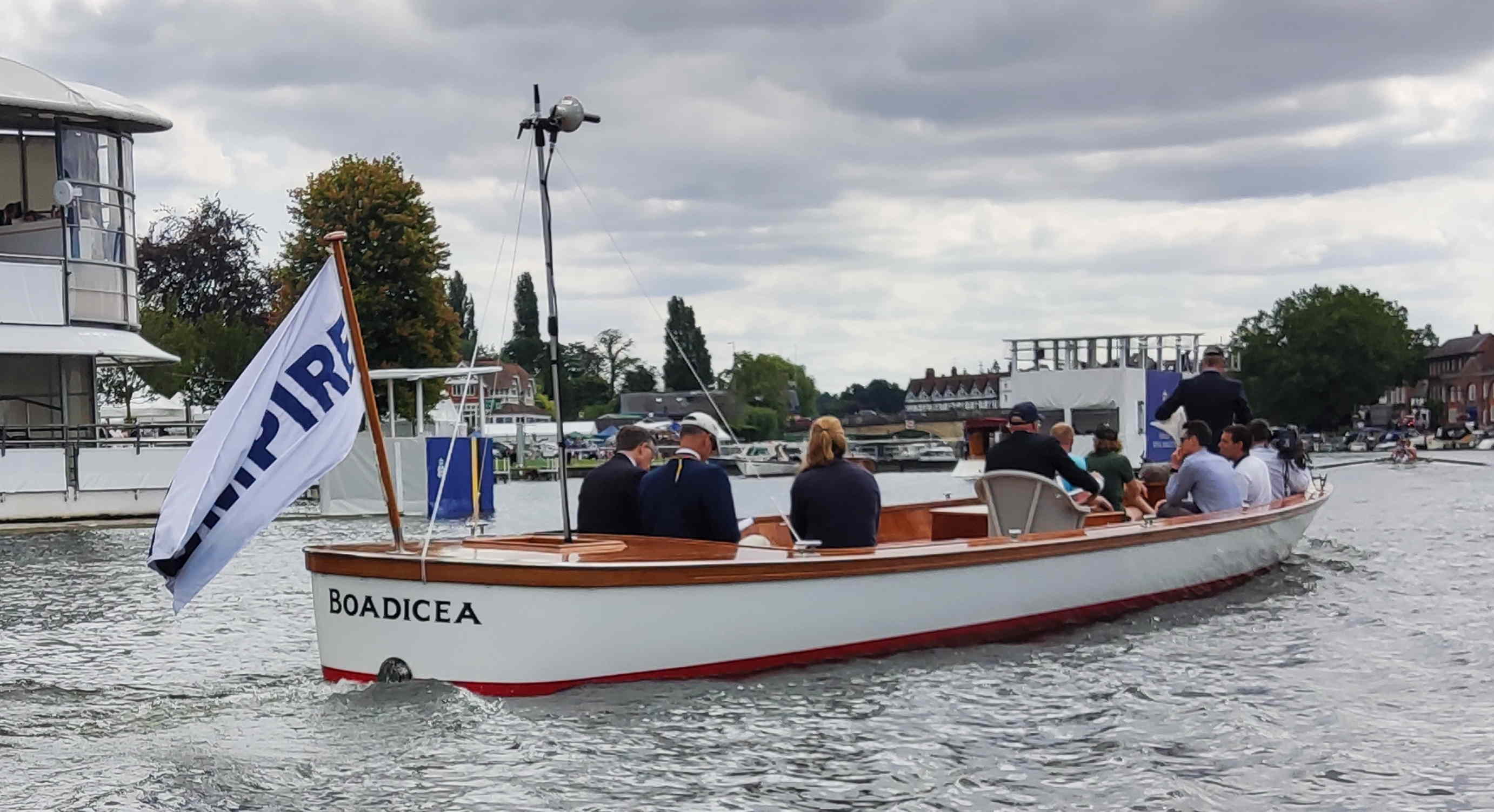 The new umpires' launch BOADICEA made her first appearance at the Royal Regatta in 2021. This brings the fleet of these magnificent launches up to six.