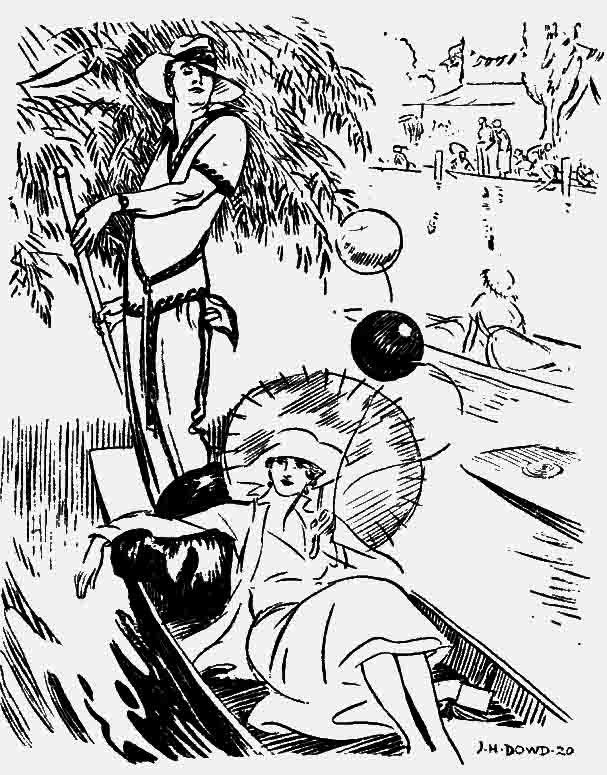 "I also saw the Honourable Pamela Puntah, attended by a gorgeous creation in tangerine orange and cornflower blue, with hat and handkerchief to match." 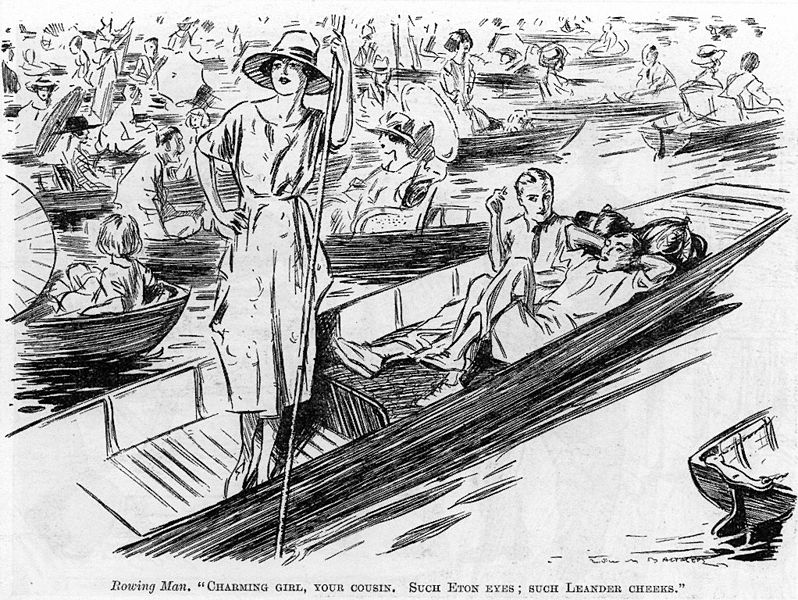 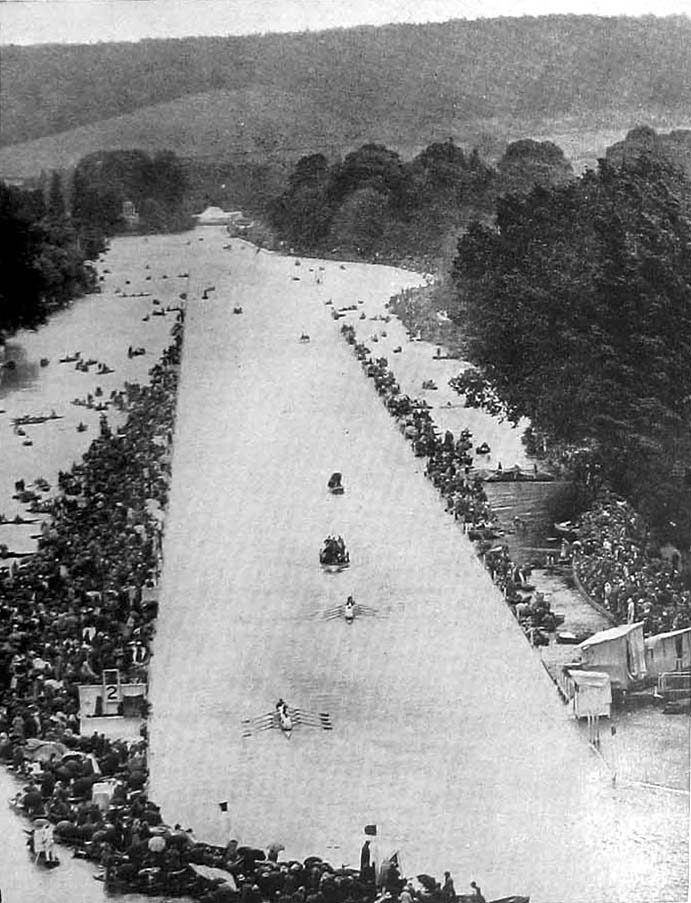 Steve Fairbairn built this crew up from scratch in 1920, and it was a great vindication when Thames held on after a titanic struggle with Pembroke to win by 1/3 length. It was the first Thames Grand win [for Thames Rowing Club] since 1889. The crew averaged only 11st 3lb, and the only lighter crew to have won the Grand, before or since, were Steve's own Jesus crew in 1885.

The crew rowed in the Senator George (named after Steve Fairbairn's brother, an Australian Senator, who presented the boat to the Club), one of the first experimental 'streamline' boats designed by Dr. Gilbert Bourne of Oxford. The design was controversial, and was prone to lurch inexplicably, but was extremely fast. The bow section of this boat hangs in the Fairbairn room at the [Thames RC] Clubhouse.

1923 was also the year of an experimental straight course at Henley (the previous 'Old' and 'New' courses had both contained bends), the start being a little way down Temple Island on the Berks side, which reduced the length by about fifty yards.

The hope was that, if this new course worked satisfactorily, some of the island and bank would be cut away to bring the start back to the bottom of the Island. The new course was a success and by 1924 the necessary excavations had been completed and the present course introduced.

1928: Qualifying races held in the week before the Regatta to reduce the number of entries to the permitted maximum.