Isis Lock (from the Thames / Isis onto the Oxford Canal)

Round Trip from Oxford - puntable - but assess your speed and allow time!

Round Trip from Folly Bridge, Osney Lock, turn right at Four Rivers, second left into Isis Lock, (big lock key required - ask any narrow boat), up the Oxford Canal, through Wolvercote Lock, left into Duke's Cut and its lock, right, right, and then left on Thames into King's Lock, Godstow Lock,
(the Trout or the Perch? decisions decisions!),
Port Meadow, Medley, and back to Four Rivers, Osney Lock and to Folly Bridge.
Drag MagicMap above and explore the route.
Don't choose a windy day for the section above Kings Lock!
You do need a lock key - but Narrow Boat folk are sometimes friendly ...

A branch stream leads to the Oxford canal, by which, for a small sum, steam launches and other craft up to 7ft beam may reach the Thames again above King's Weir, avoiding the intervening difficulties of the river.


The canal was supported by Oxford clergy and academics, who could see the benefit of cheap coal from the midlands.

But what is hard to understand today is that what the canal brought was cheap coal from London! The river was so much harder to navigate and more expensive that this canal from the north was actually a cheaper route! 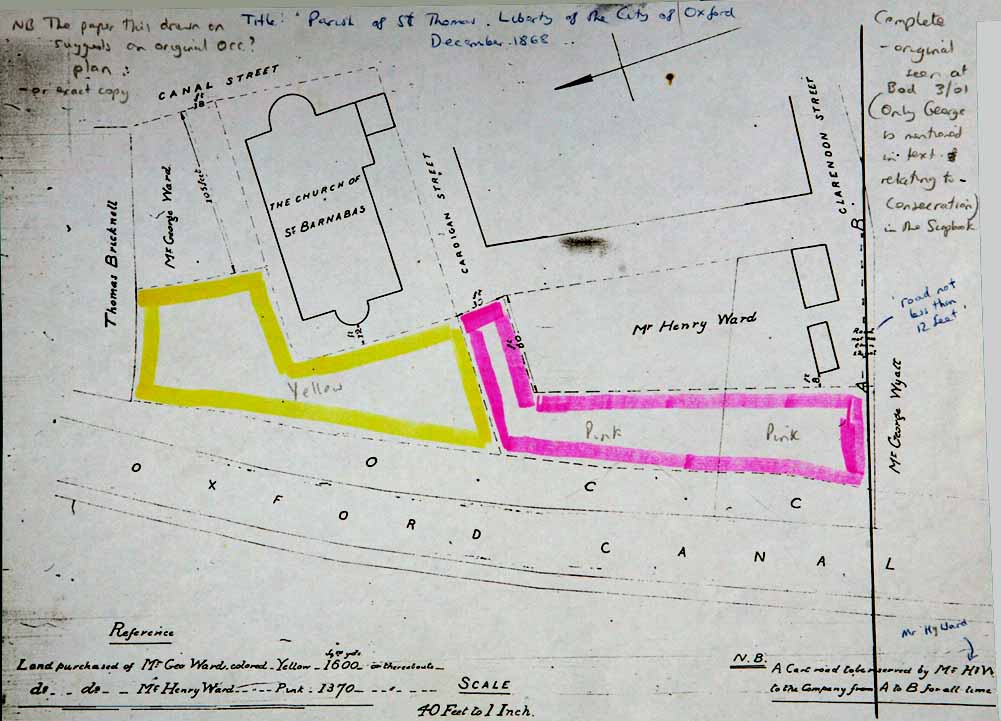 A Towpath Walk In Oxford by Mark Davies and Catherine Robinson, 2003 -

Castlemill Boatyard comprises the very first wharf to be established in Jericho, set up by Henry Ward, a member of a successful and philanthropic Oxford family of coalmerchants, boatowners, and boatbuilders in the early 19th century. Ward is described as a 'Jericho Boatbuilder' in Pigot's Directory for 1842 - but may well have operated for some years prior to this.
The Ward family still owned most of the land here when St Barnabas' Church was built (1869), and as well as providing the land for the church's construction, the Wards also provided the site for Jericho's first school in 1856.
Later on, in 1927, it was this site which enabled the Oxford Canal Company (the pre-World War Two forerunner to BW) to begin its strategic withdrawal from the centre of Oxford, on the basis that the Jericho wharves were by then considered ample alternative accommodation ... for delivery and stacking of all goods carried on the Canal'.
Post-World War Two, the Jericho wharves contributed to the salvation of a canal threatened by closure, through providing a base for the embryonic leisure trade - including the hire fleet of British Waterways itself - which has grown to become one of the mainstays of the inland waterways in general. 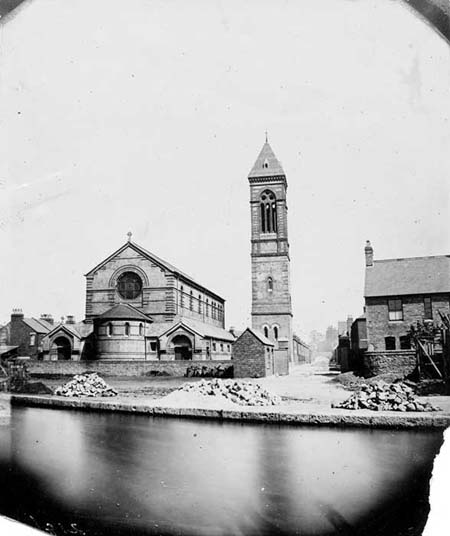 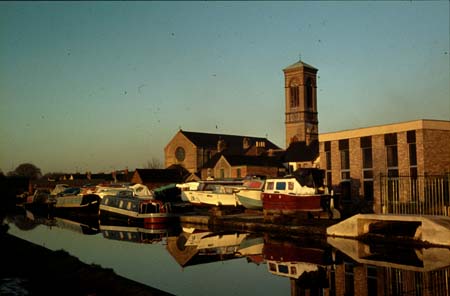 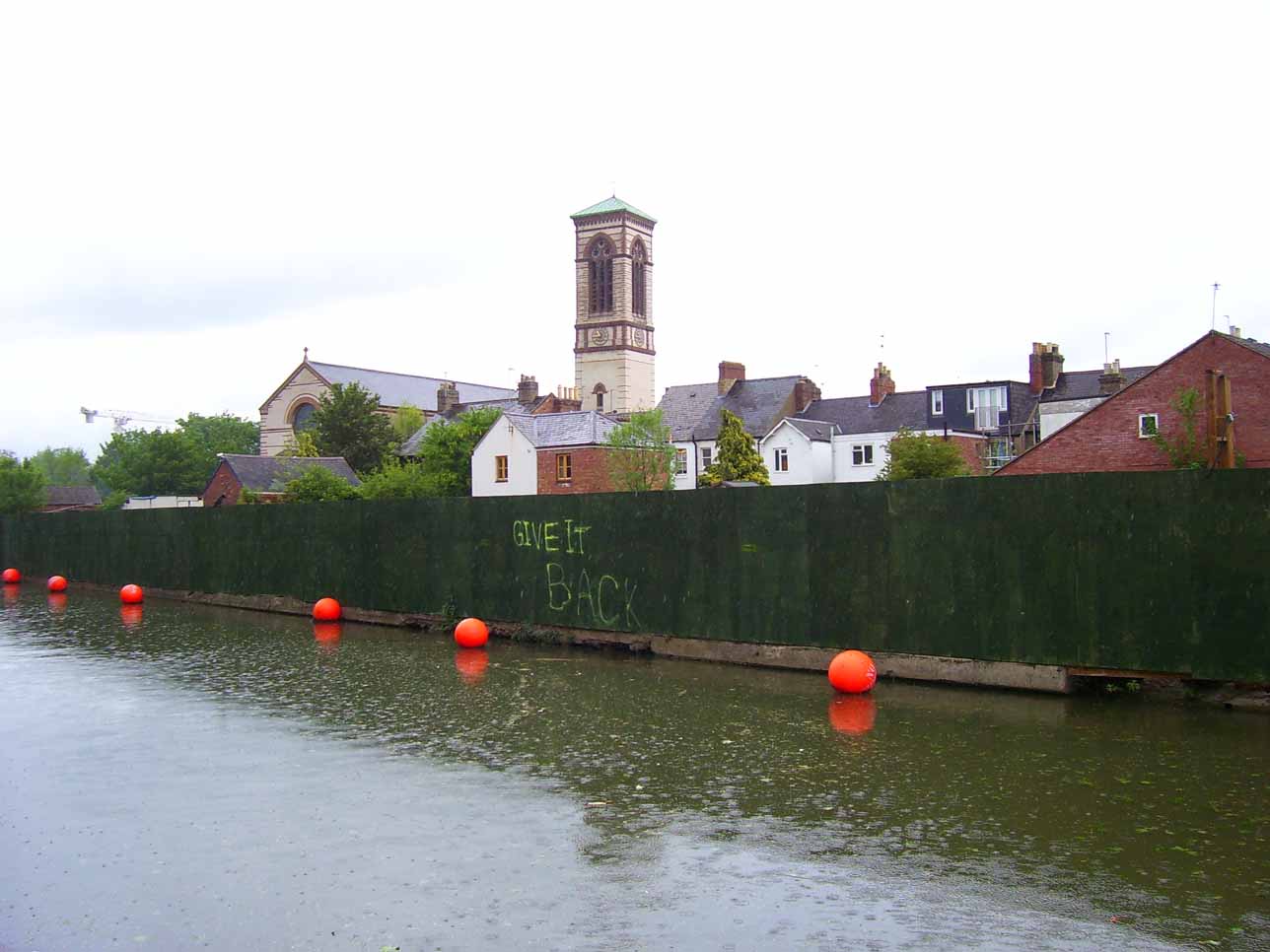 The Castlemill Boatyard site is now being developed.
An initial sketch -

Development in place of Castlemill Boatyard? 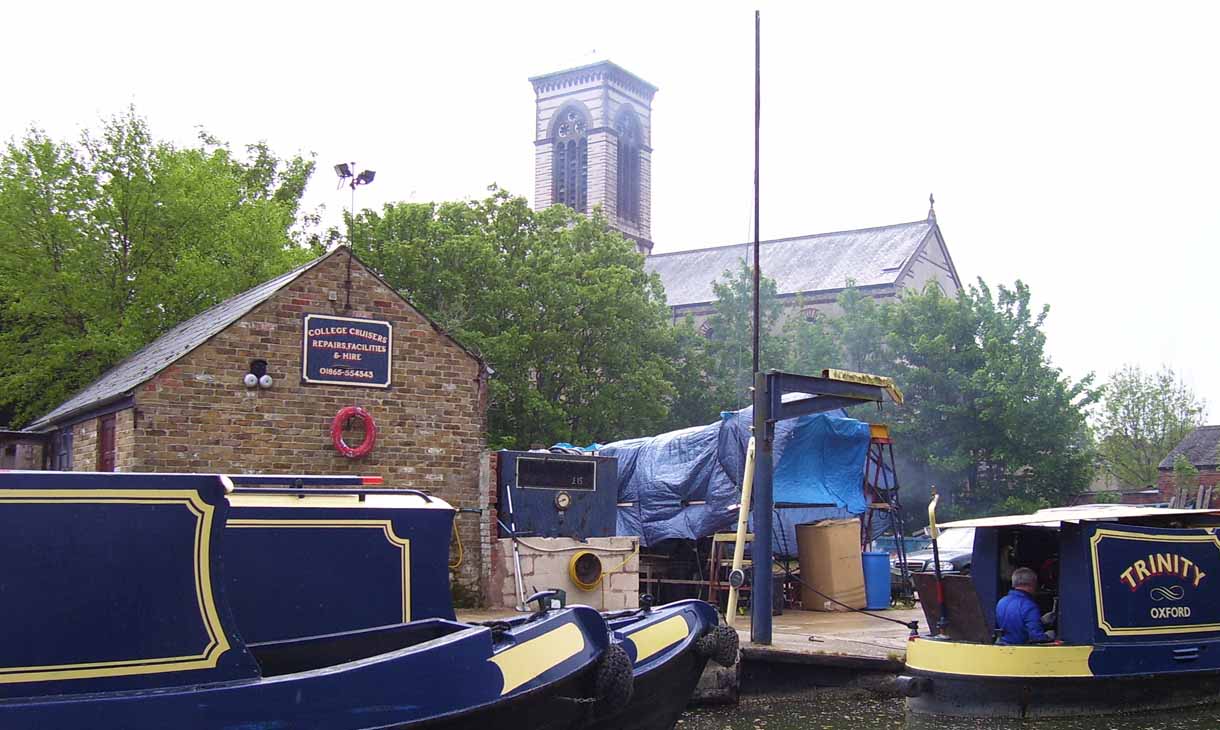 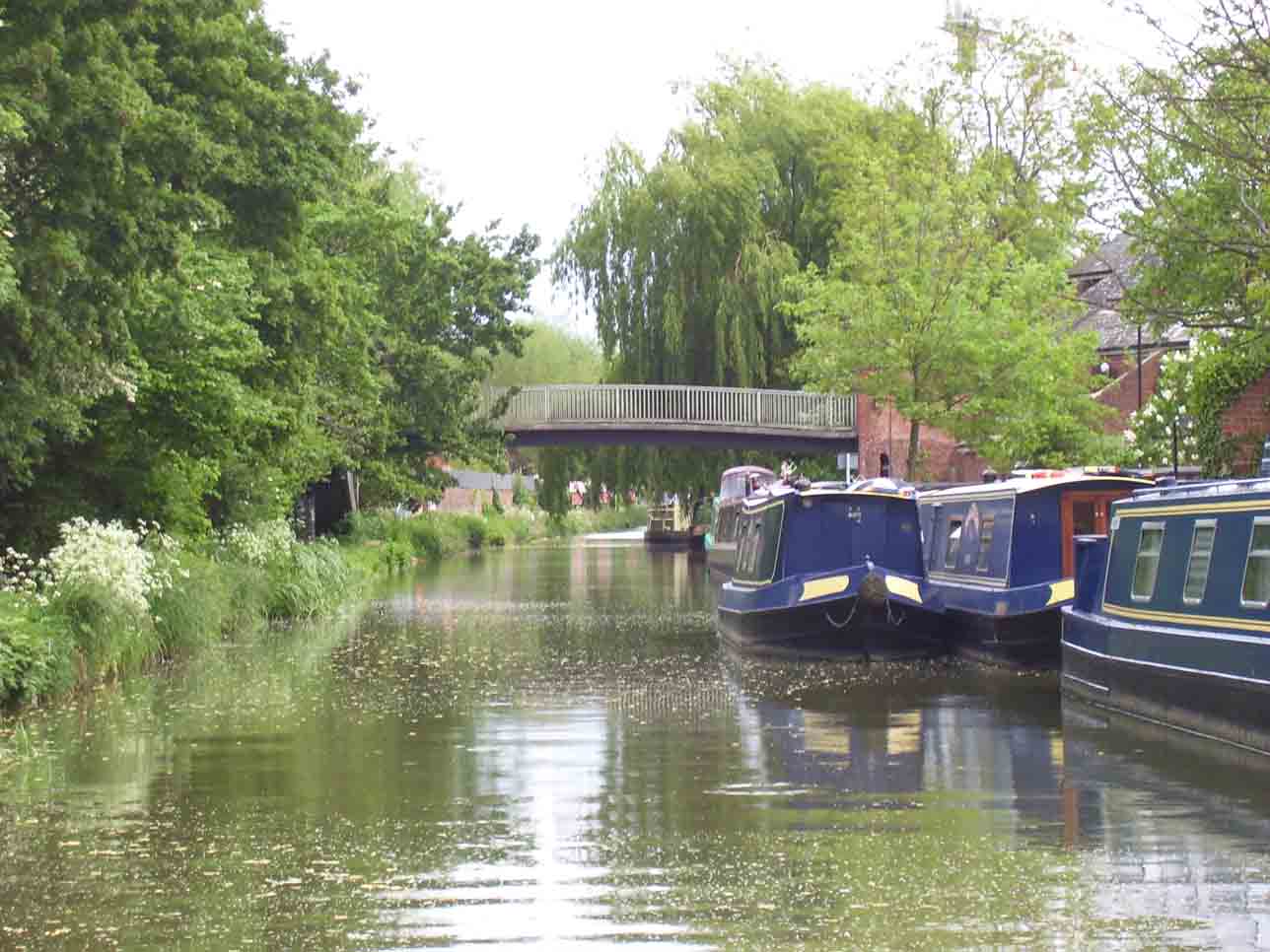 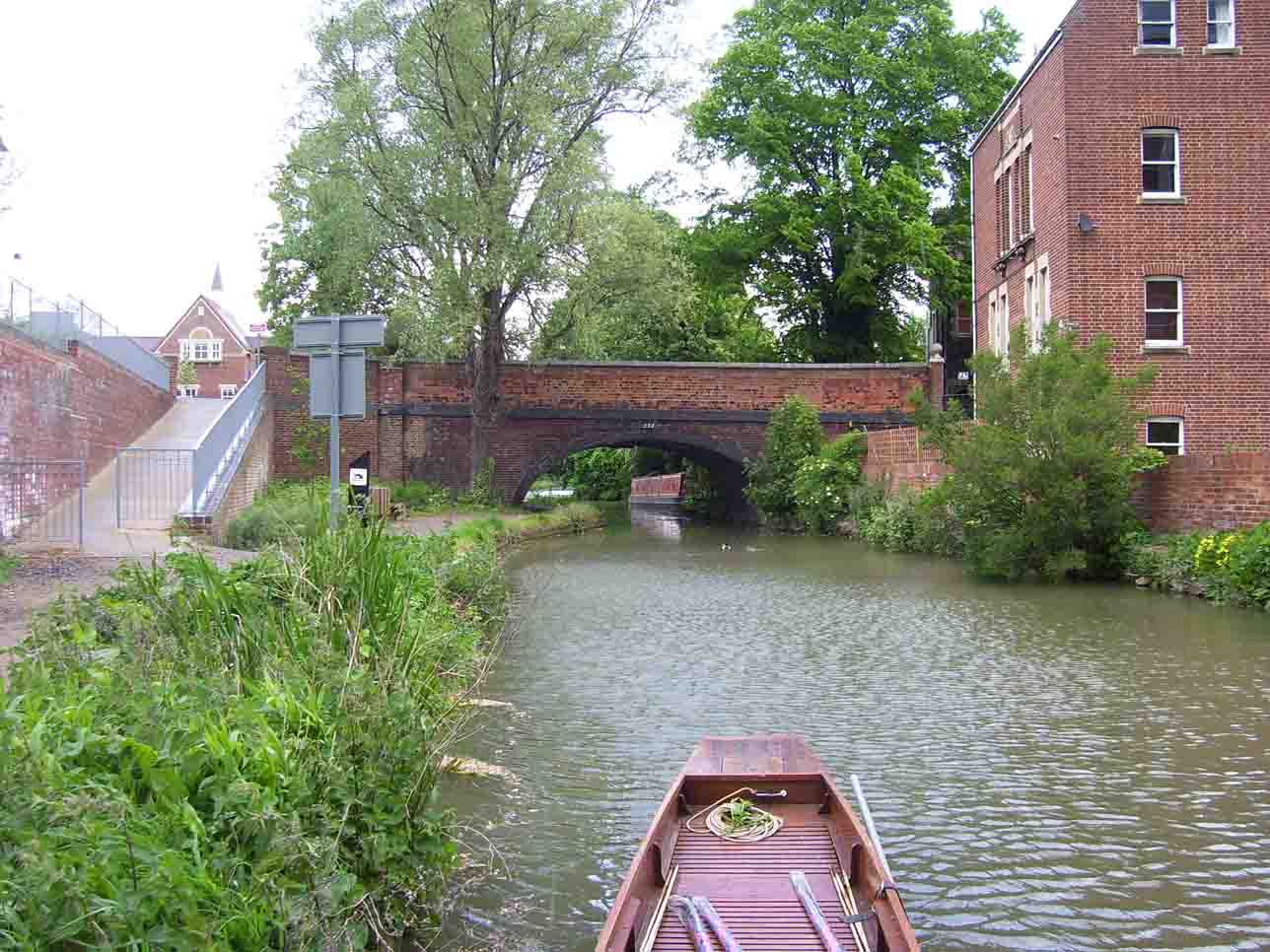 Still remembered in the name of Walton Well Road, and having on its site a fountain, erected in 1885 by the liberality of Alderman Ward. The inscription is as follows: 1885. Drink and think of Him who is the fountain of life. With the consent of the lords of the manor, this drinking-fountain is erected by Mr. William Ward, to mark the site of a celebrated spring, known as Walton Well, adjacent to the ancient fordway into Colt Meadow, now called Walton Ford. 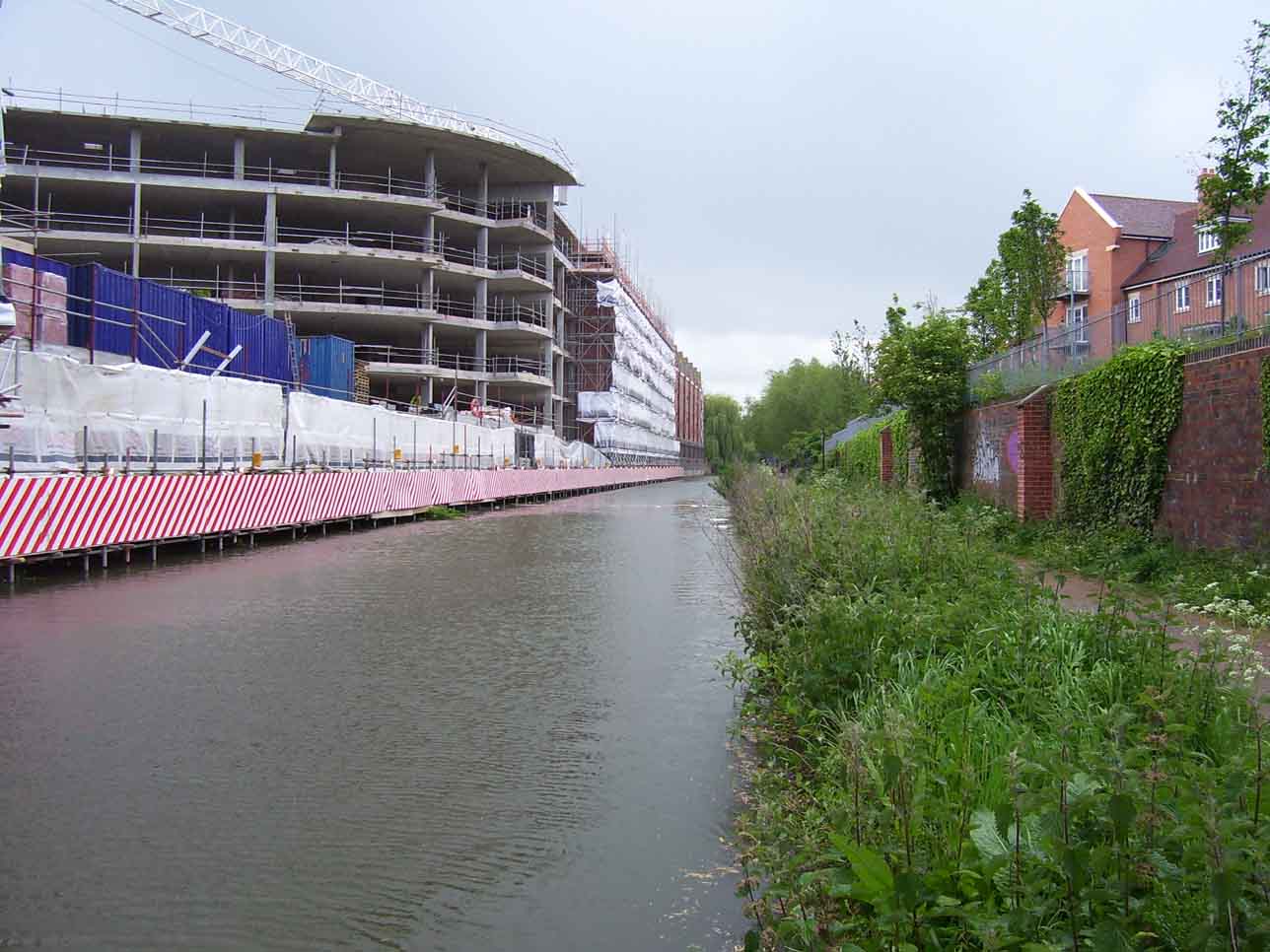 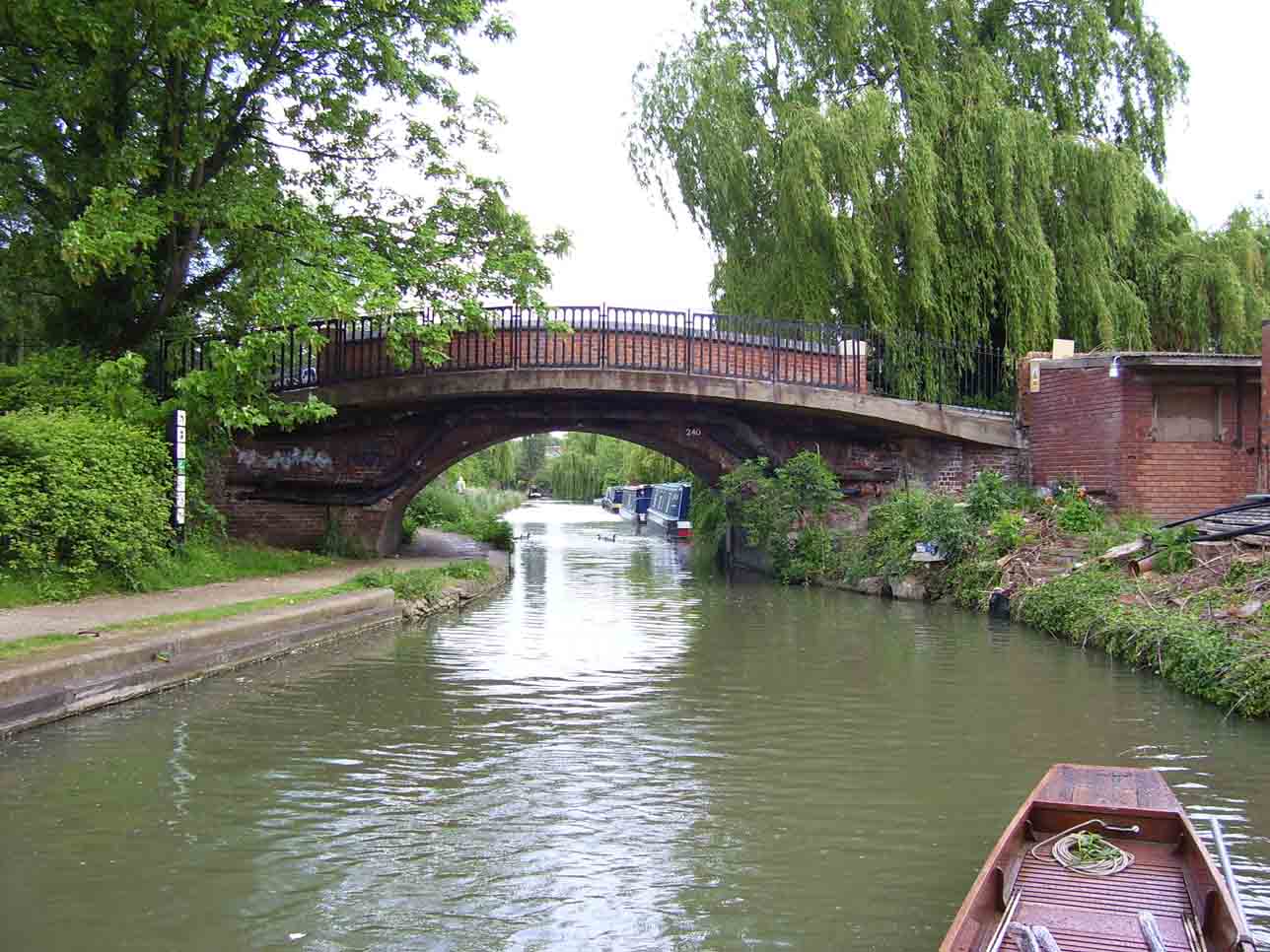 ARISTOTLE'S Well is not far from Elmer's (and Wolward's) Well in the north suburbs, neare or in the fields of Walnercote or Ulgars--or Algar's Cote.
It was anciently (as by some now) called Brumman's Well, together with that at Walton, because Brumman le Rich or de Walton lived and owned lands about the said wells, most, if not all, of which he gave by the favour of Robert D'oilly, his lord and master, who came into England with the Conqueror, to St. George's College in the Castell at his first foundation, A.D. 1074.
After his time, if not, be likely, before, it was christened by the name of Aristotle's Well, because that it was then - as now 'tis - frequented in the summer season by our Peripateticks.
In the present summer (1888) it was built over by the garden wall of a house erected on the south of the road leading to the canal bridge.
Survey of the Antiquities of the City of Oxford, composed in 1661-66 by Anthony Wood, edited by Andrew Clark, M.A., vol. i., 1889; Oxford Historical Soc., pp. 353, 354. 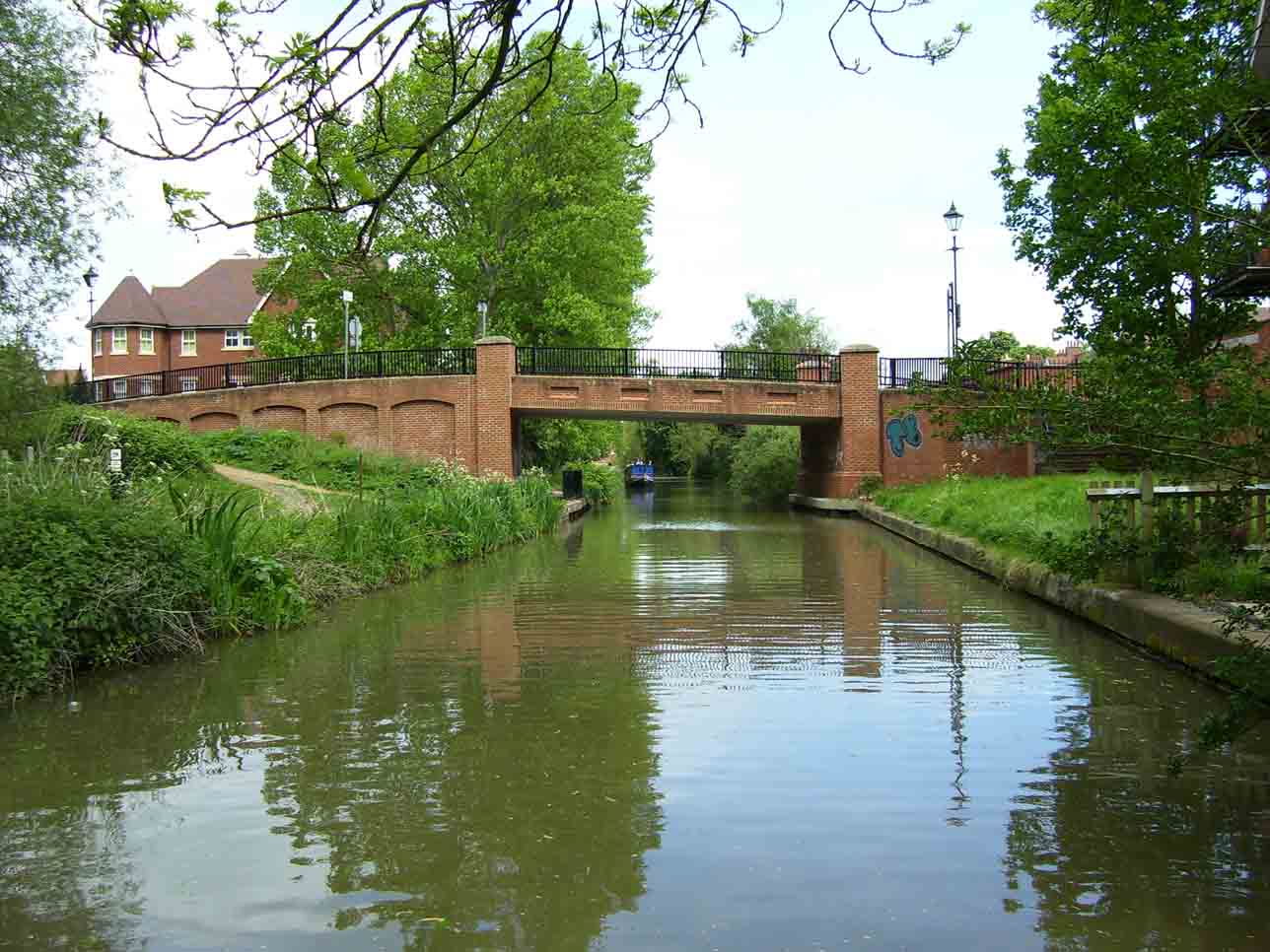 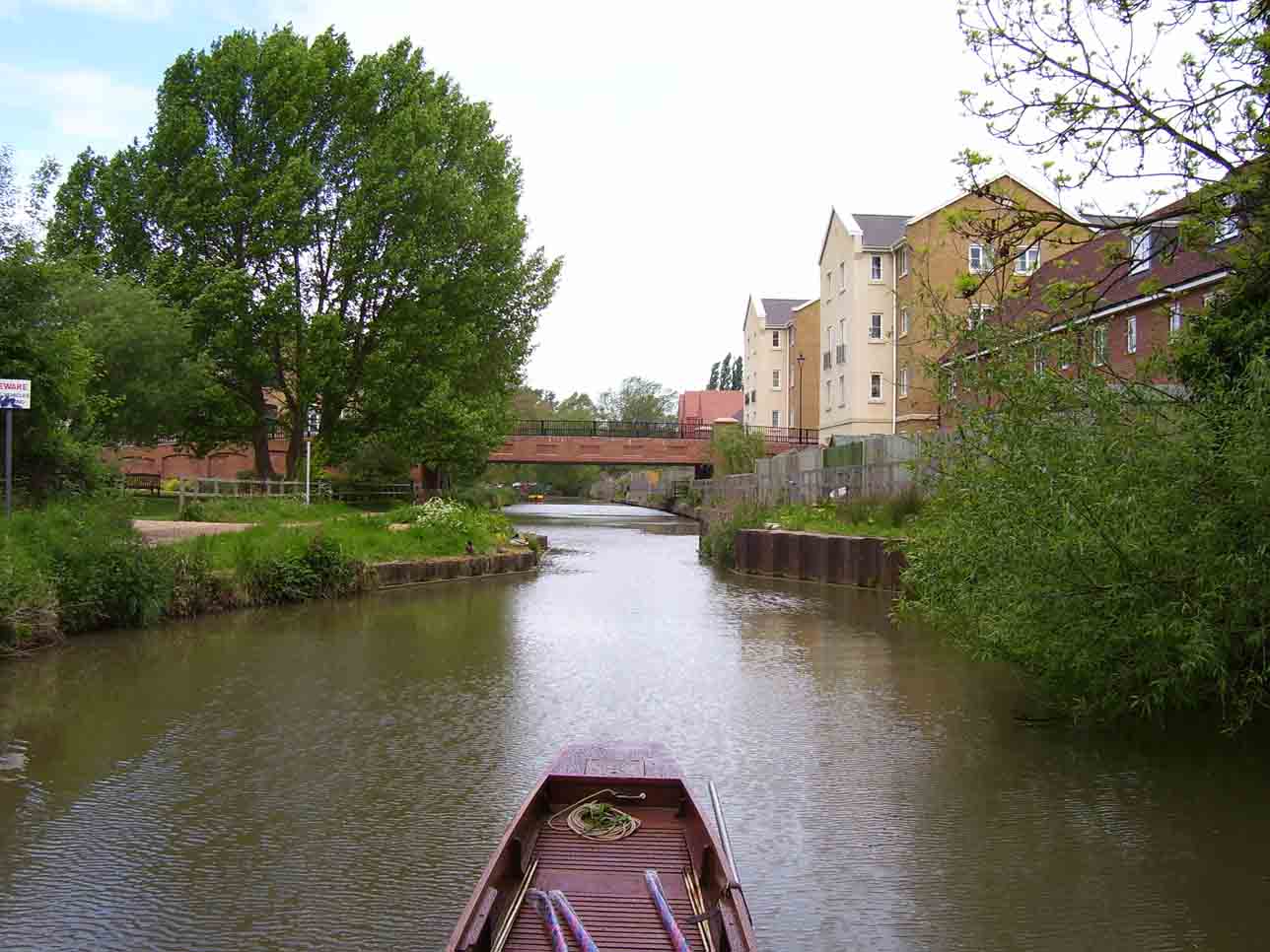 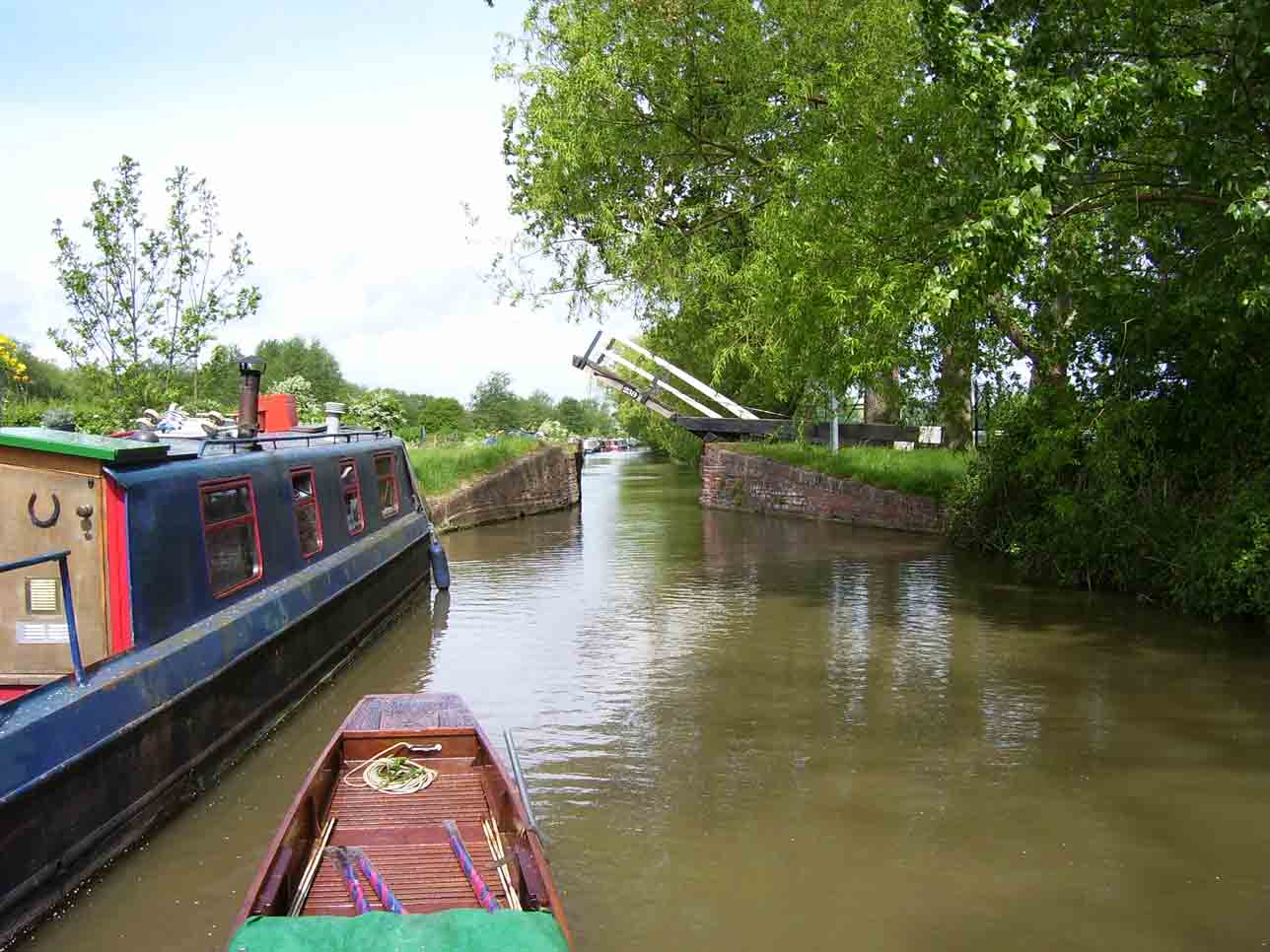 Narrows but no bridge
Railway Bridge 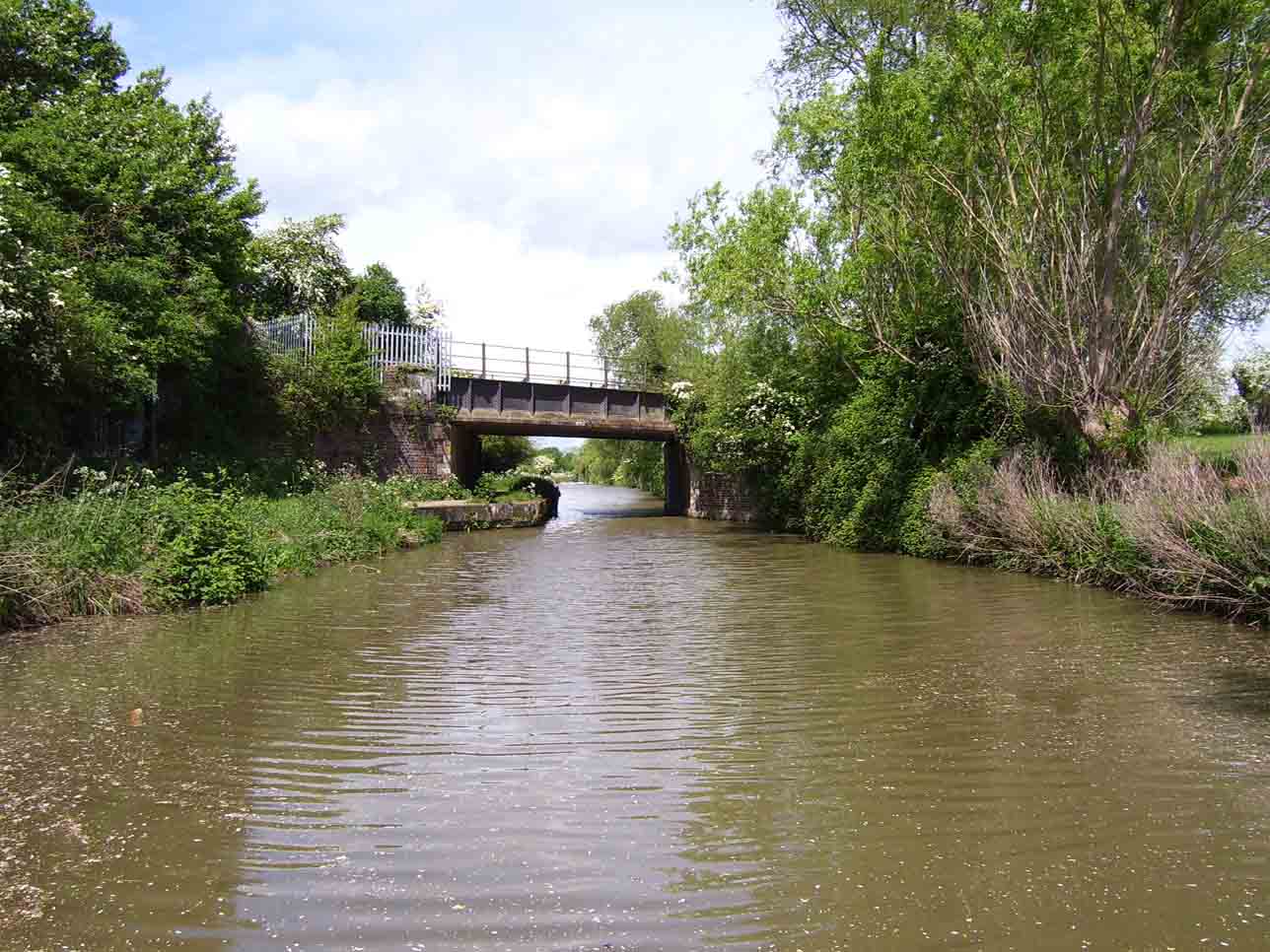 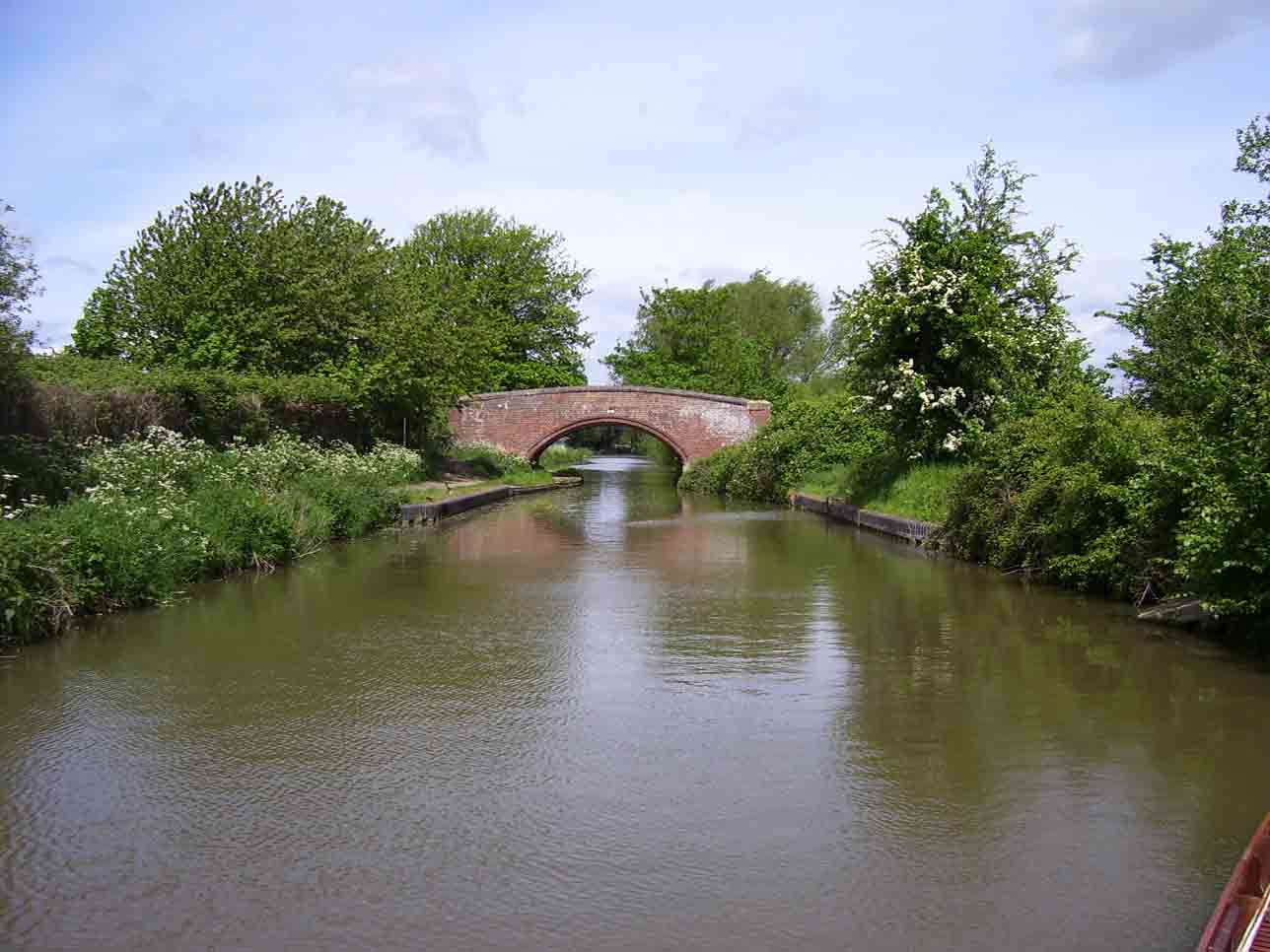 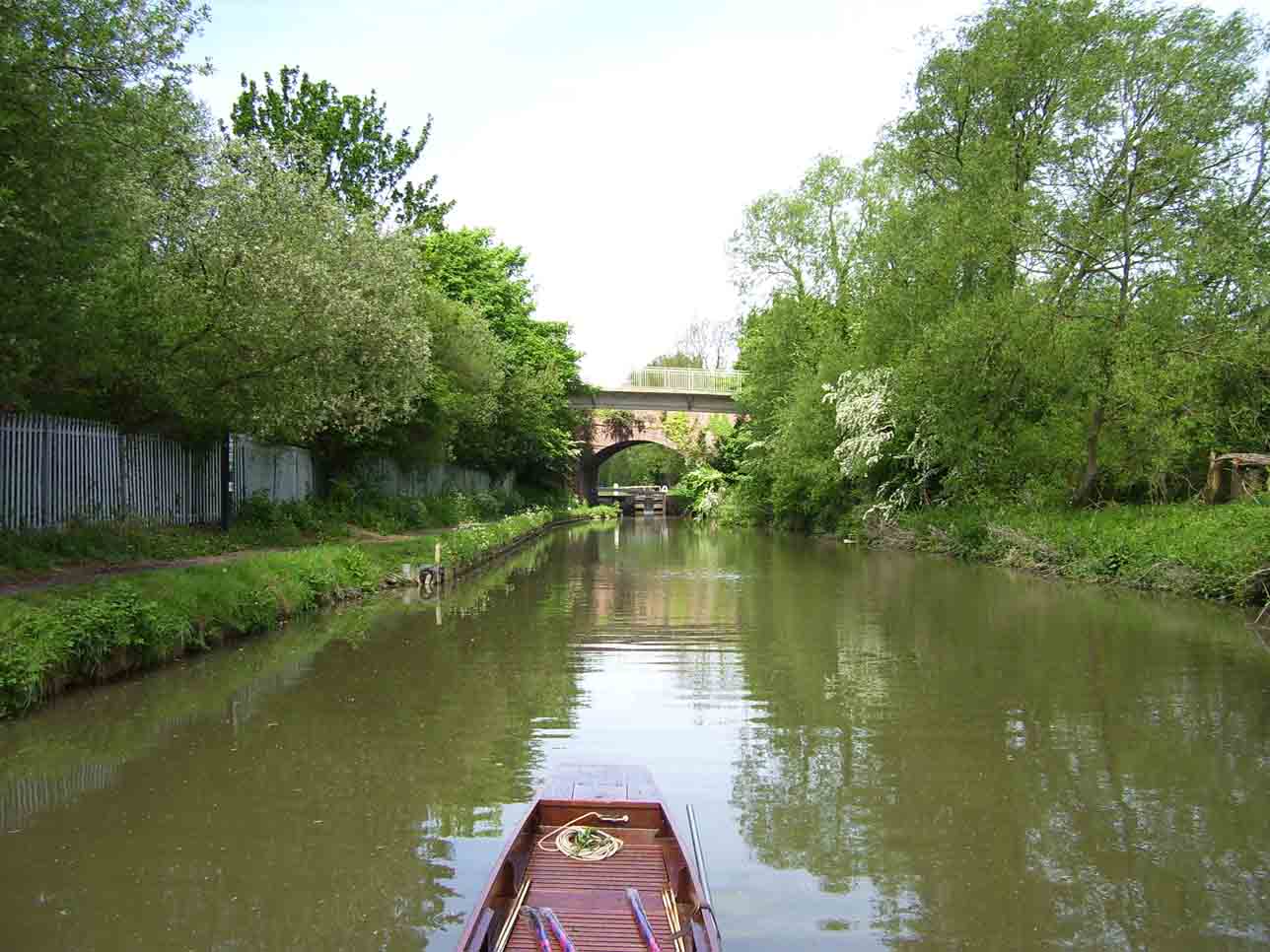 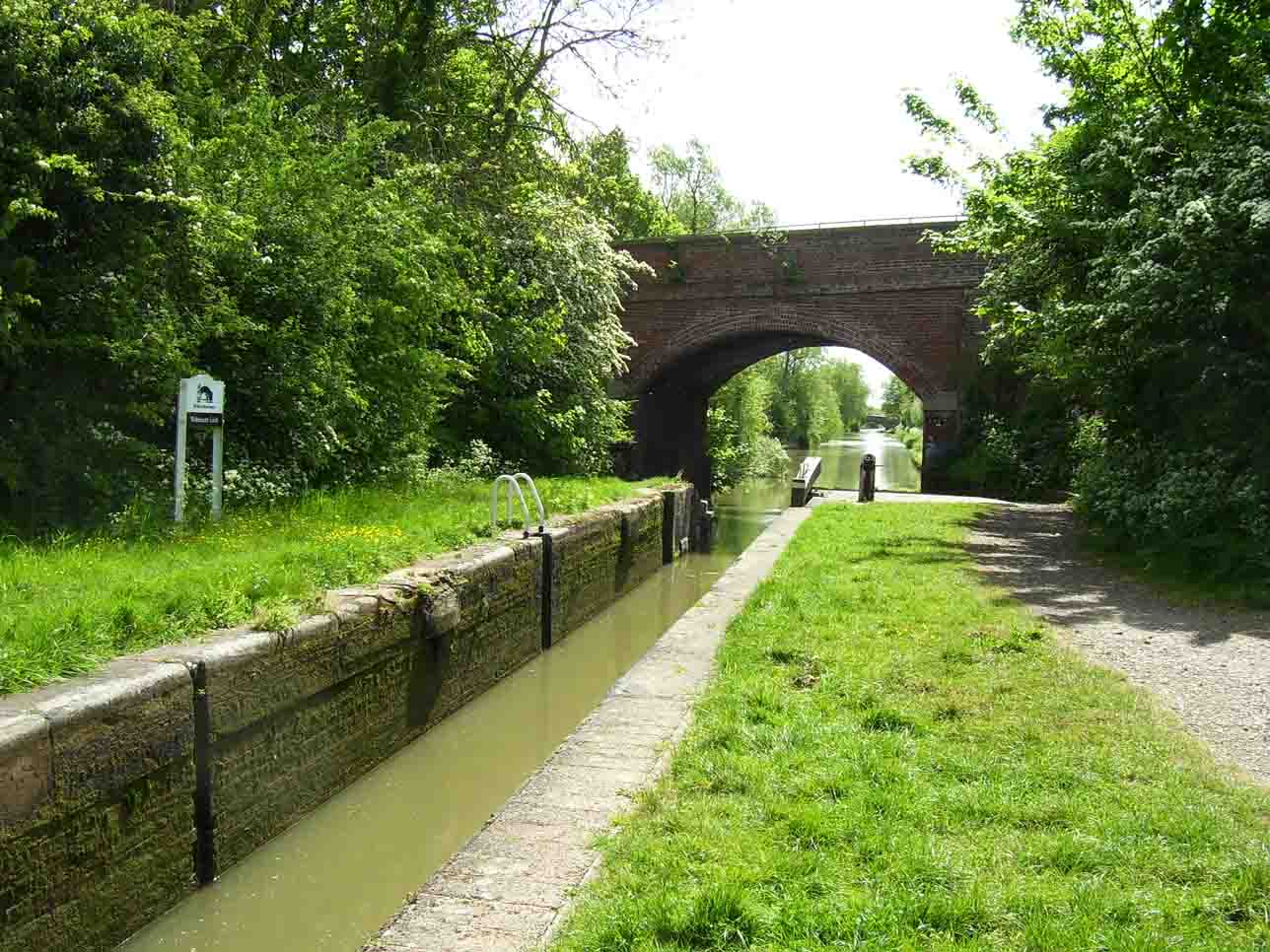 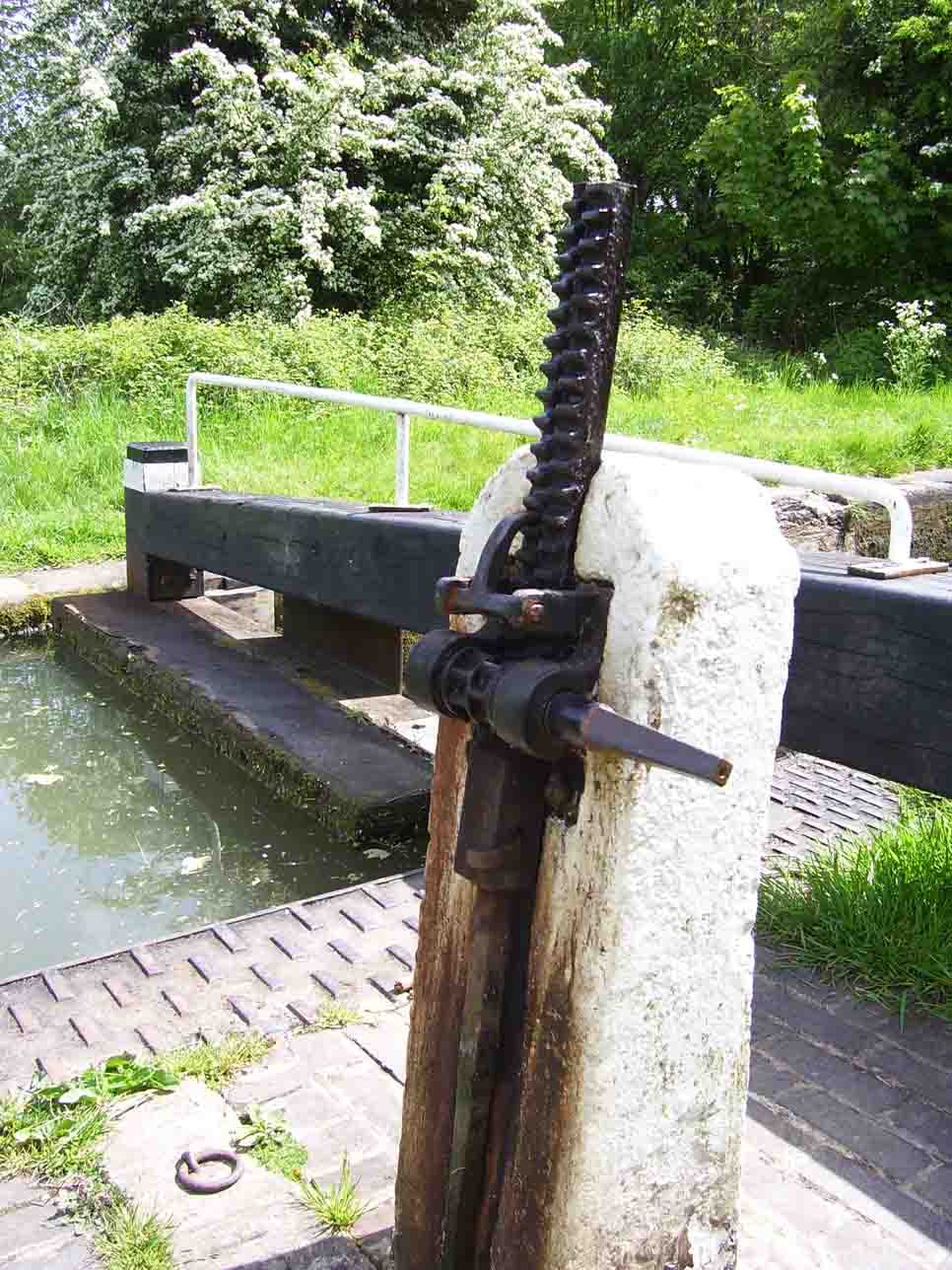 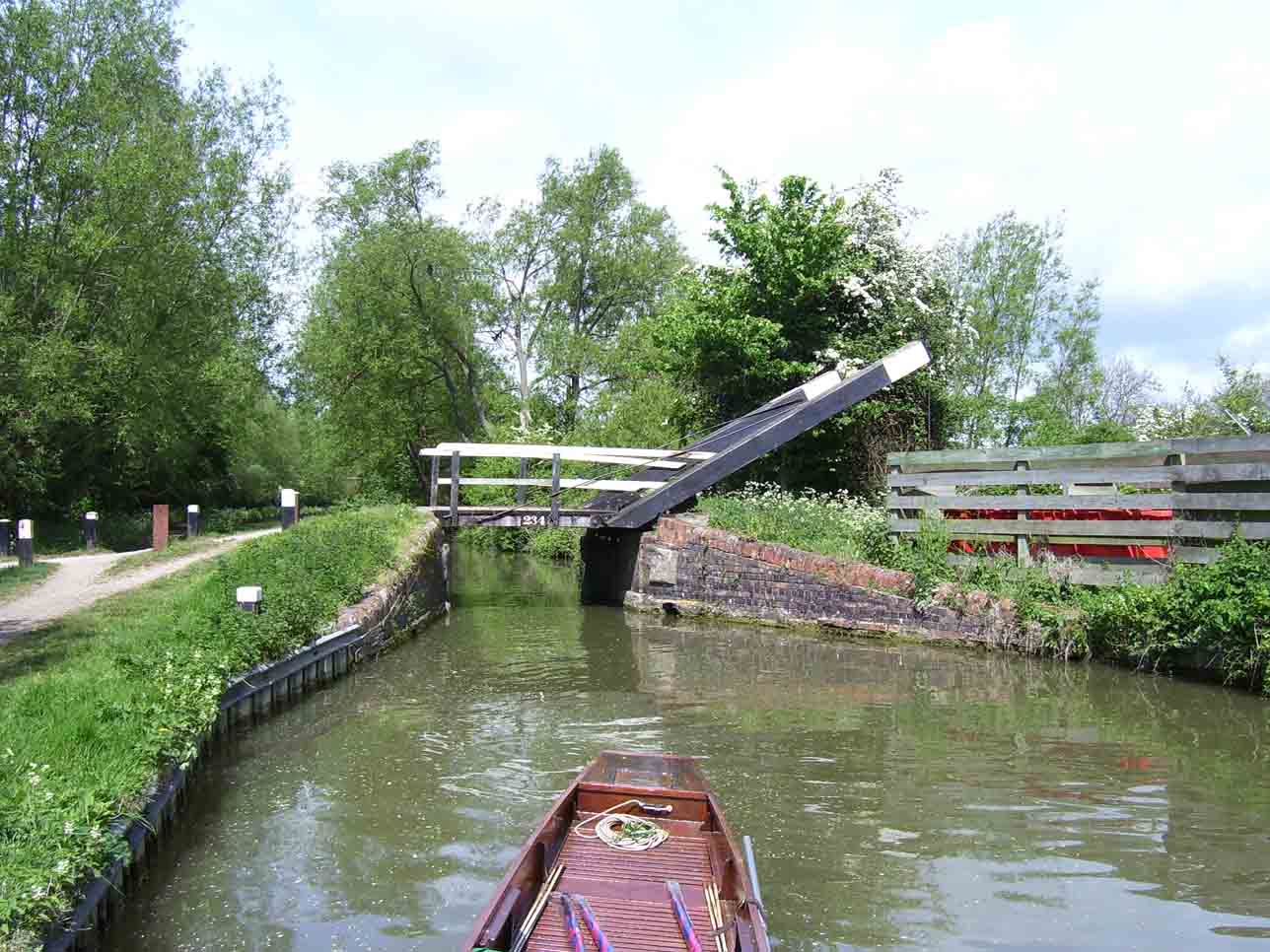 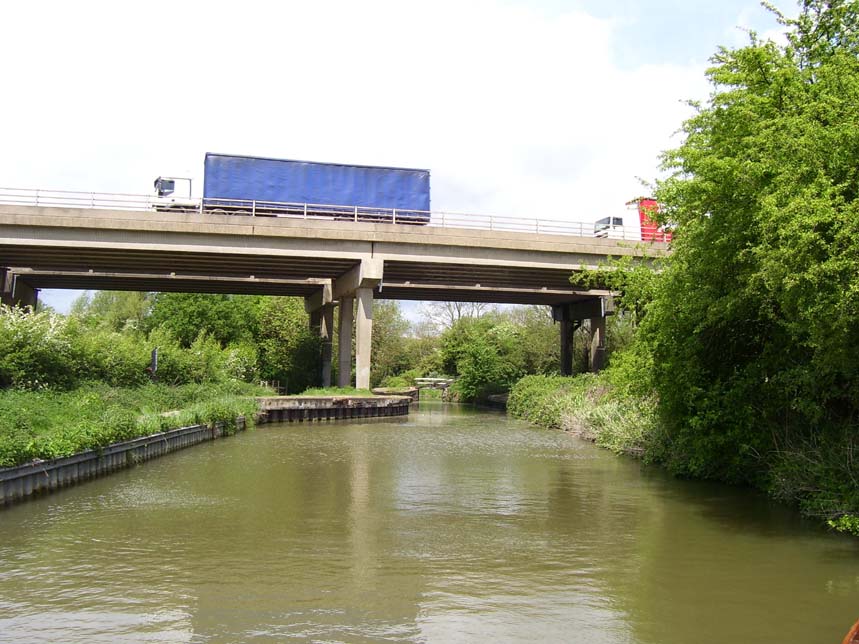 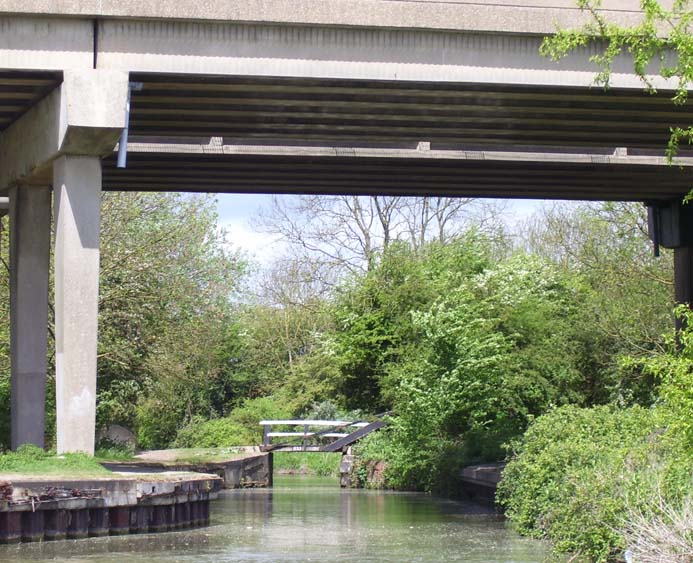 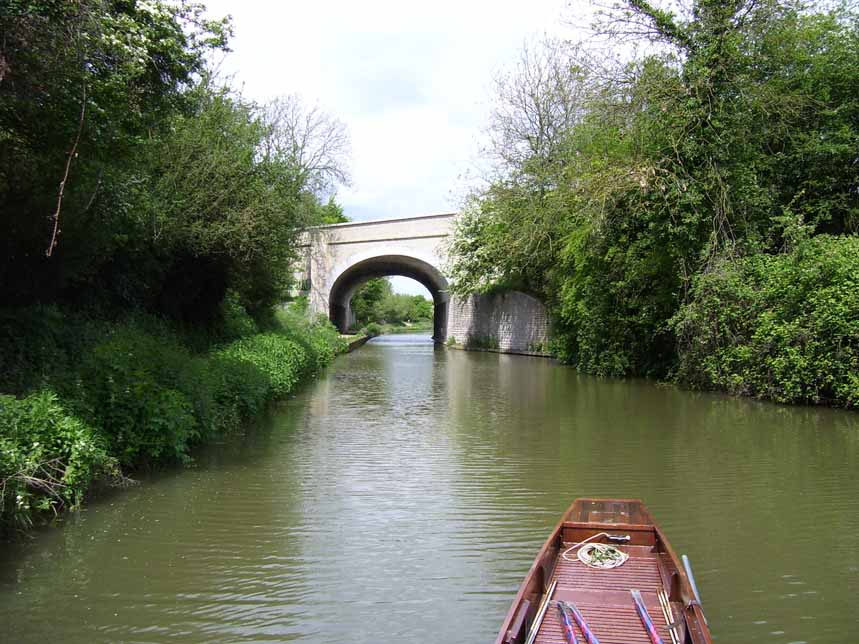 For pages about boating from Cambridge to Oxford (210 miles, 115 locks!) click here 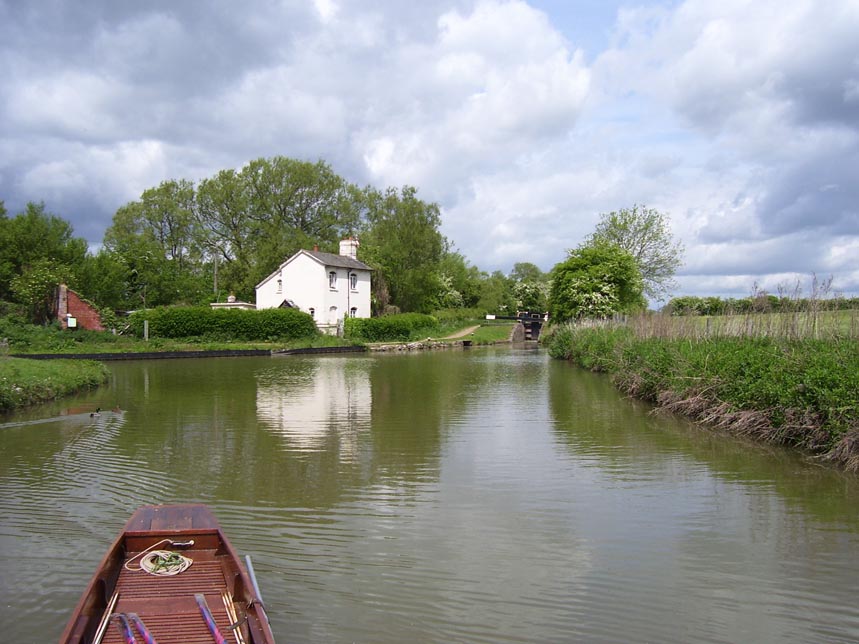 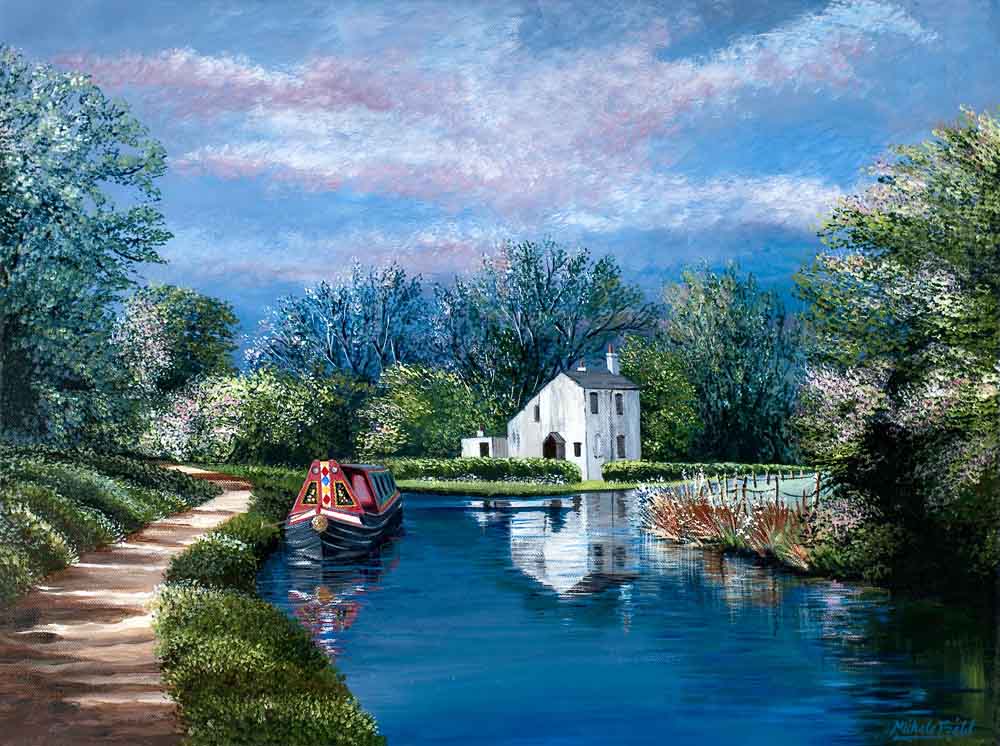 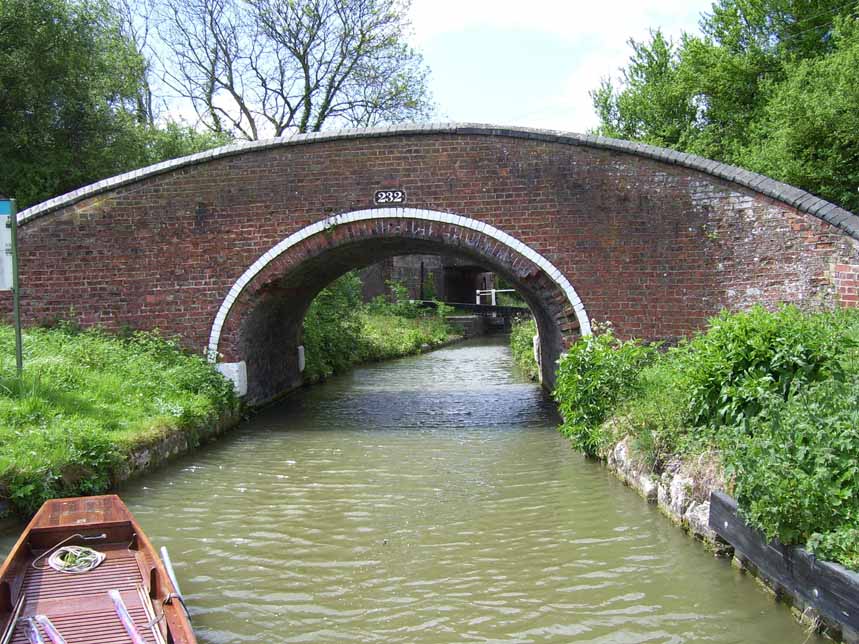 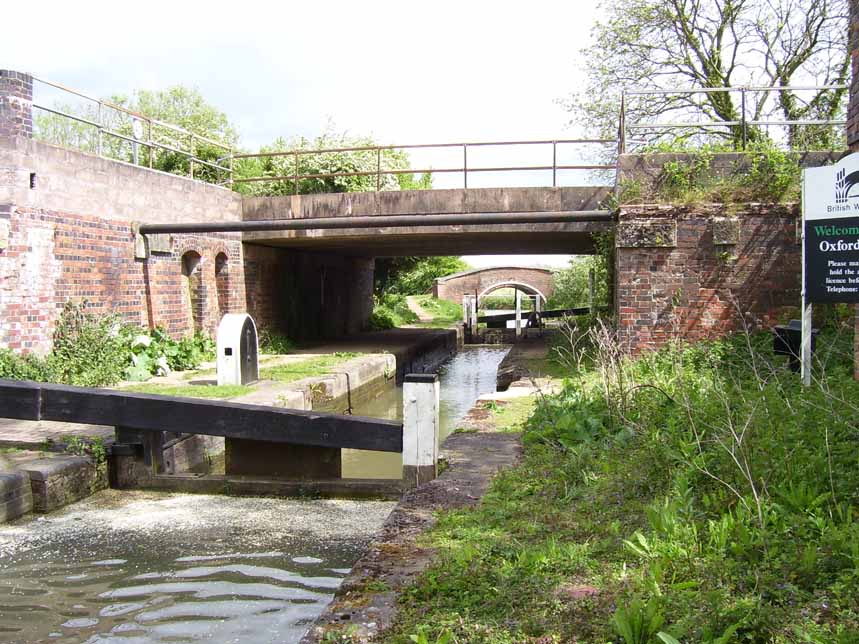 Note that no provision has been made for crossing the upper gate. It can of course be done with care!
So, single handed, going towards the Thames, stop on the left below the lock. 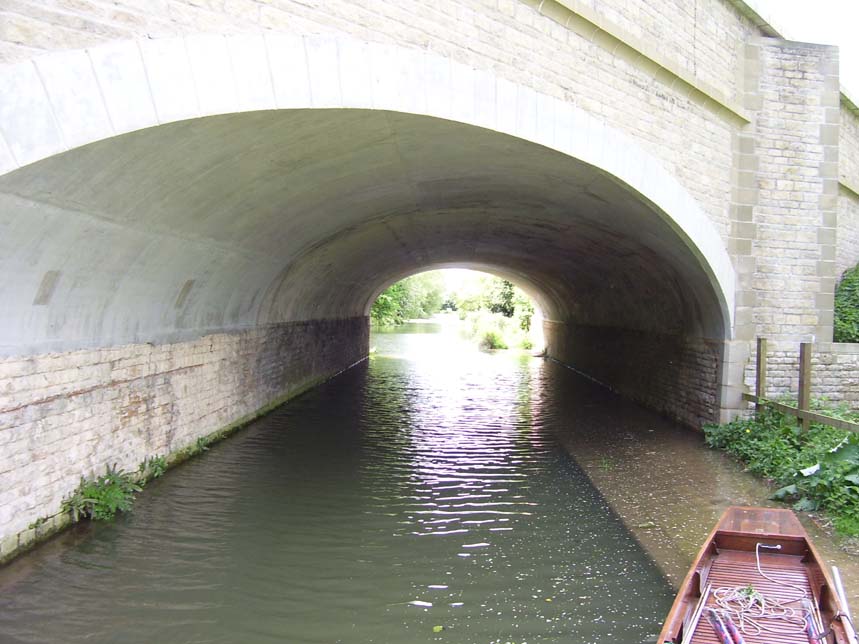 The towpath under the bridge was flooded and between it and the lock the LEFT bank (facing the Thames) was leaking badly into a ditch. Maybe the Thames was a little high - but it looked normal to me.

In 1789 George Spencer, Duke of Marlborough, built a short length of canal north of Wolvercote, later known as Duke's Cut, to connect the river Thames with the Oxford Canal.
He tried to sell the cut to the canal company, and in 1792 conveyed it in trust to the Vice-Chancellor and the Mayor of Oxford. 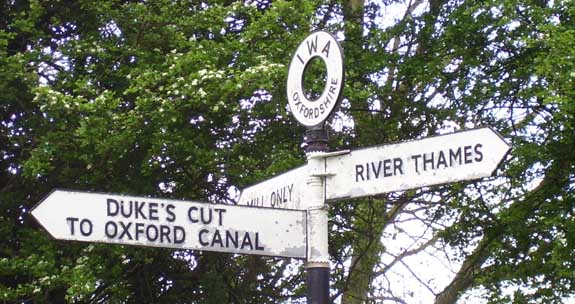 At above junction: Going from Oxford Canal to Thames: turn right.
Going from Thames to Oxford Canal: turn left.
This next section through open water meadows is very exposed to the wind (he says ruefully. No photo - I was too busy!)
The LEFT bank (ie left going upstream towards the Thames) is the King's Lock Island (No camping?).

Junction with Thames
Upstream on the Thames is straight on (next sections River Evenlode, Eynsham Lock)
Downstream to the left is the cut to King's Lock