1909: Medley Footbridge in The Stripling Thames by Fred Thacker
1910: This section in Thames Valley Villages by Charles G Harper
LEFT Bridge over navigable channel. Going upstream the footbridge marks the transition into a much more open wider reach.
On the RIGHT bank is the head of the, puntable and canoable, very shallow (5 inches) and very limited headroom (24 inches), old navigation, Castle Mill Stream, which goes down to the junction by the Isis Lock (with the Oxford Canal) and then either back to the navigable channel at Four Rivers, or on to the (blocked) weir stream to Castle Mill and weir.

In summer-time to Medley
My love and I would goe,
The boatmen there stood ready
My love and I to rowe;
For cream there would we call,
For cake, for pruines too;
But now, alas! She 'as left me,
Falero, lero, loo.

[ I put it down to the prunes myself -
But do your own rowing, paddling, punting or sailing to remain fit and attractive! ]

The small hamlet of MEDLEY, Middeny, or Middleheit, together with the hamlet of Wyke, was ceded to the canons of Oseney by the burgesses of Oxford in 1209. These, with much meadow land in their vicinity, including Port Meadow, or Portmanheit, (the common meadow noticed in the Domesday survey,) Crippleit, and Sideling, were given to the burgesses of Oxford by royal grant prior to the Norman conquest. But when the power of the papal see was wielded against the burgesses on account of their condemnation and execution of three scholars in the turbulent reign of King John, they gave Medley and Wyke to the canons of Oseney, in order to obtain their intercession with the Roman pontiff.

1865: Bridge built. There is an inscription (or should one say incription?) :

City of Oxford
This bridge was erected by public subcription through the exertion and during the shrievalty of Henry Grant Esquire.
AD 1865
J. Pinchbeck:, Engineer. The Reading Iron Works Ltd, Manufac. 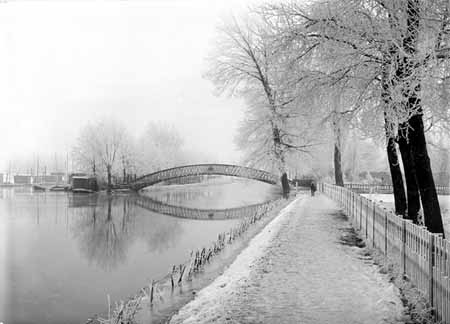 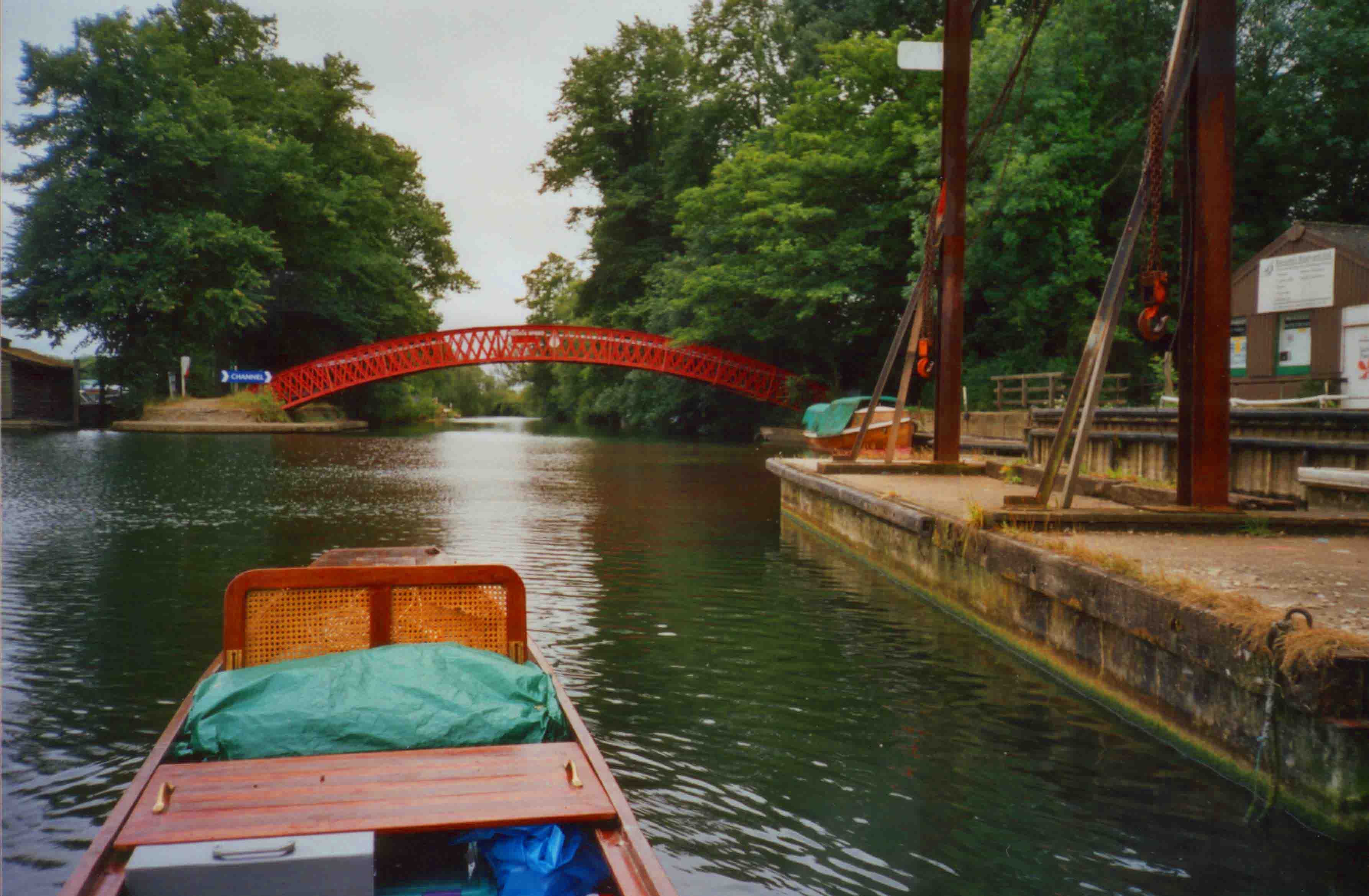 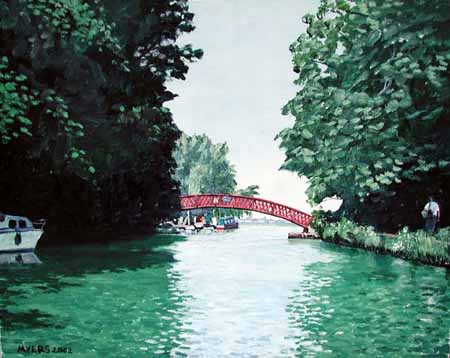