"Osney" is locally pronounced "OWES KNEE"
1909: This section in The Stripling Thames by Fred Thacker
He starts by reminding us that things have improved since his day, though we still appreciate what he said -

The first few bends form a depressing scene of modern cottages and untidy naked banks, often beneath a pall of factory smoke; the very picture of desolation. After less than a quarter of a mile, however, of broken down sheds, of gasworks and woodyards, the meadows open out on the LEFT bank, and there are willowed islands, outposts of the rural loveliness ahead.
There follow two ugly iron bridges, the first of which belongs to the gasworks.
Some day all our old stone bridges will be ruined by the demon motors, and in their place we shall get our deserts - troughs such as these.

This bridge is a solid example of Victorian Industrial architecture formerly known as "Gasworks Bridge". It was built for the short railway branch line connecting the gasworks on the RIGHT bank (your right as you go upstream) with the main railway line. The junction was just south of Osney Railway Bridge.
The gasworks have now been removed and the bridge converted into a footbridge with little sign of its railway origins.

1876-8: Ordnance Survey Map showing Gasworks before the bridge, and its short spur railway line from the mainline, were built. 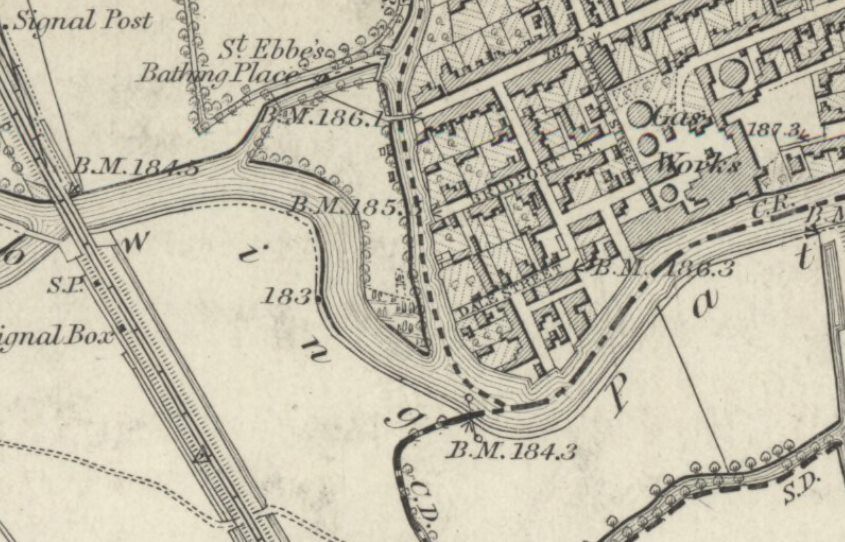 Detail from 1876-8 Map showing gasworks before the bridge was built.

1882: The Oxford Gaslight and Coke Company constructed the bridge. Sections were assembled on the south bank and then floated into position. - 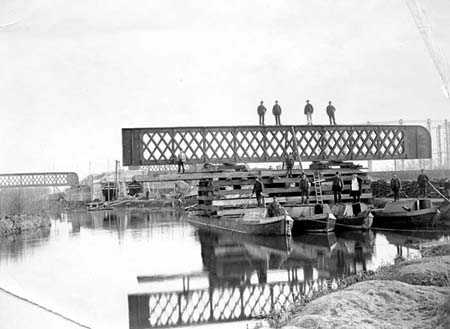 Shades of the famous New York skyscraper photos of workmen casually standing on girders high over the city!
But they must have used a crane to place that girder on the barges? So why use the barges? If they used a crane then why not crane it straight into its final position rather than risking that precarious balance on the three barges? I don't like to contemplate the possibility that they dragged the girder off the bank and then jacked it up into that position!
1897: Oxford Gas Company Bridge, James Dredge - 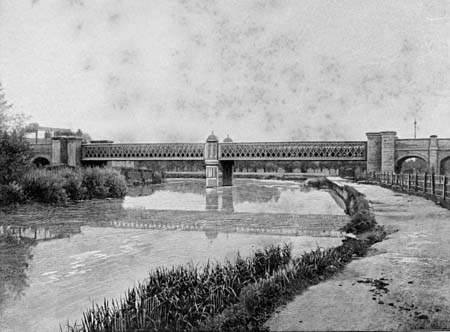 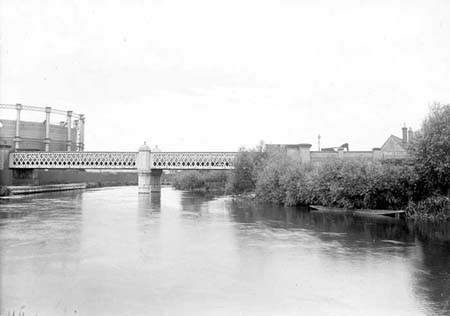 1968: The last gasometer was demolished. 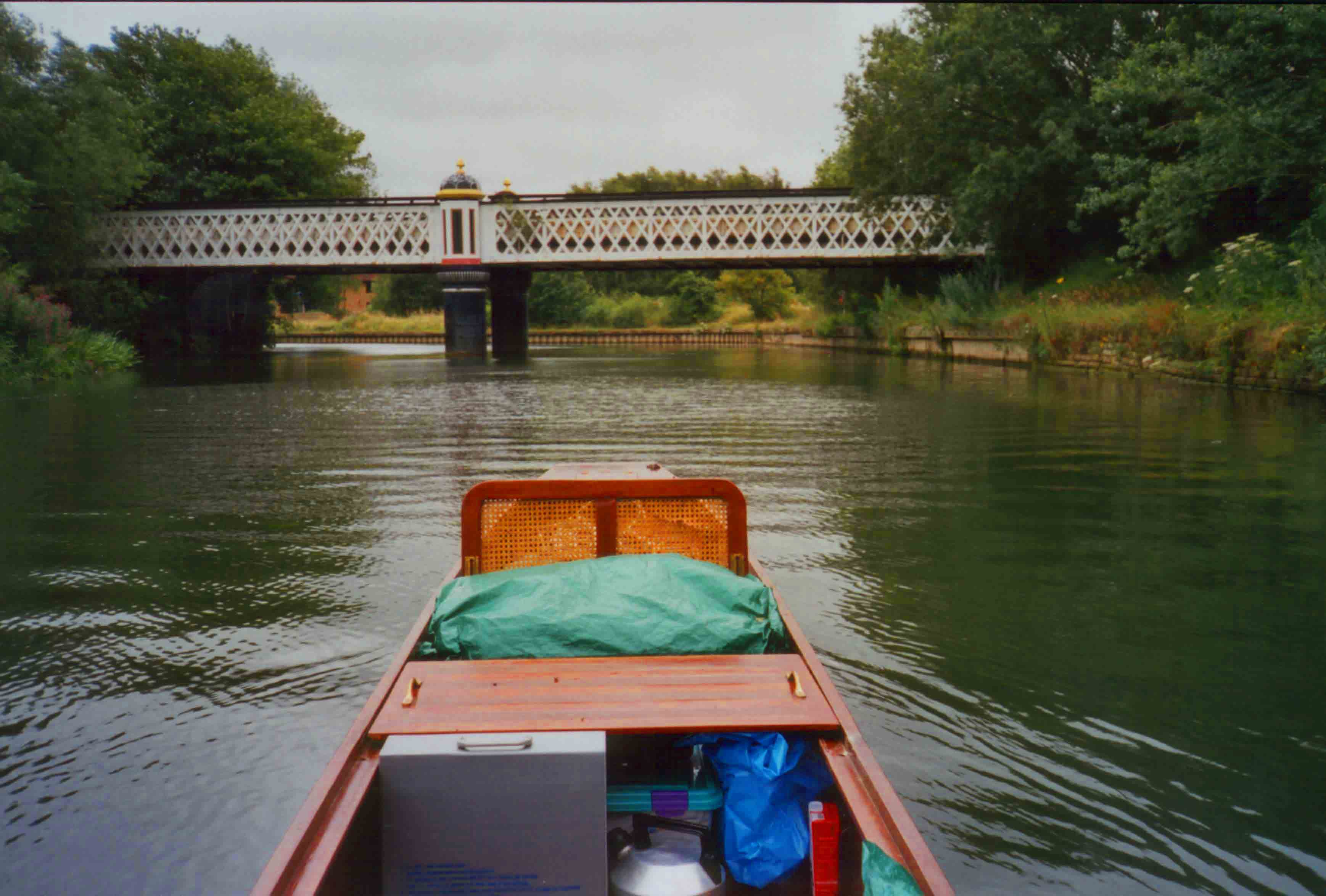 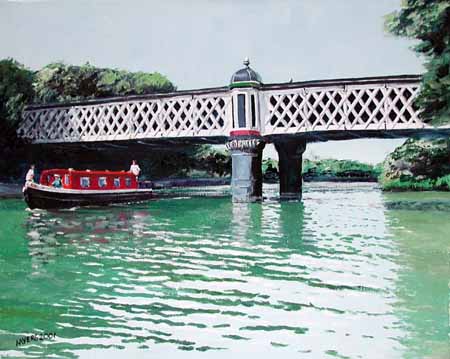 1642-1646: Harts Sconce was a Civil War fortified island opposite the Gasworks.

The 3 hectares of Grandpont were once the site of the former gas works which were demolished in 1960, the only visible remnant of which is the ornamental rail bridge which was used to carry coal from the main line across the Thames to the furnaces.
The area was re-landscaped in 1985 by planting trees and sowing wildflower seed to create a patchwork of shrubberies and hay meadows. The park has matured into an attractive setting for a lunch break and a haven for wildlife - a stone's throw from the City centre.
Look out for the Green Woodpeckers which like to forage for insects in the short turf created by the abundant rabbits. In spring cowslips flower along the edges of some of the paths and later in the summer look out for the tall pink spikes of Sainfoin near the main entrance.
On the South side there is a football pitch, a basketball court and kick-about goals.