The only imaginative aspect of this bridge is its name! Up to this point Oxford has been insisting that this is the Isis and not the Thames, and this bridge marks the point at which Oxford meets reality and loses!
1961: Thames Bridge built. 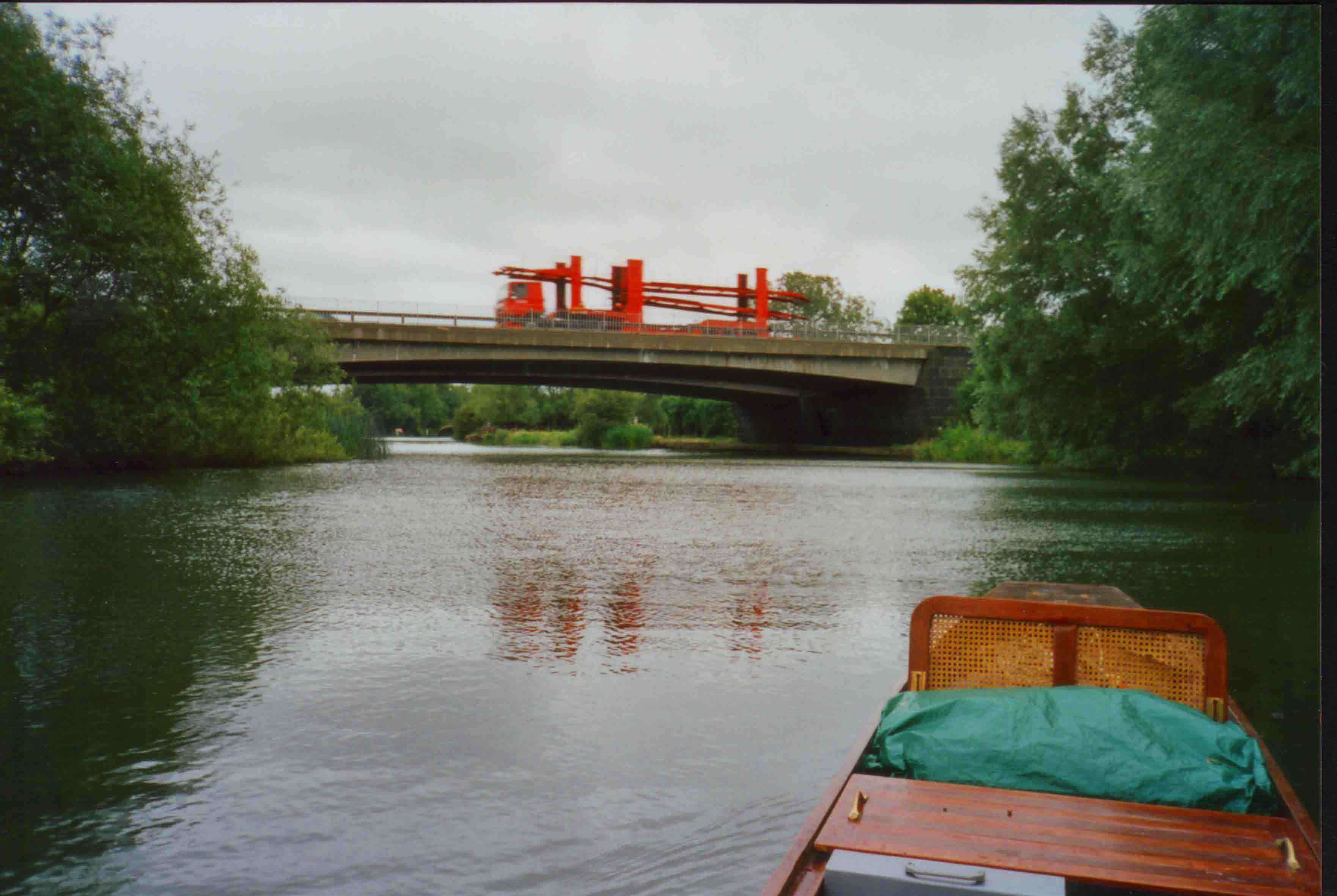 It is to be hoped that the new bridge, should one be constructed, capable of carrying an increased traffic load, will be congruous as to scale and material with the charming old seventeenth-century inn by the weir.

They were talking about the lovely old Godstow Bridge.
Er yes ... well ... ! 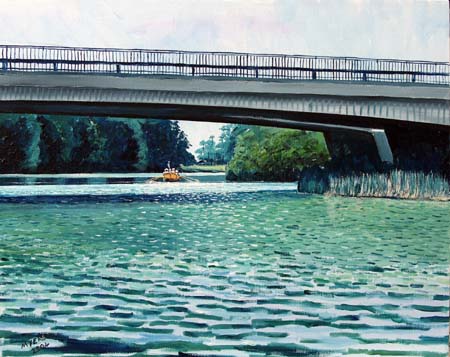 From here on up, all but the most perverse agree,  this is the Thames.
But if you are going downstream, out of politeness, call it the Isis till you reach the River Thame below Day's Lock.
One suspects that most river names actually mean "the river" in some dialect or other.  (e.g. Avon = river. So we now have a County called "Bath and River"!)

The well meaning cartographer comes round with his clipboard and, pointing to the river, asks the native:
"I say, my man, what do you call that?"
And he, wincing at the ignorance of experts, naturally replies:
" 'is is river, init"
and the surveyor carefully writes down "Isis River".

Following extensive historical research amongst some of the most informed drinkers around, this account is certified as at least as accurate as some other accounts of how the river got its name.

The deep growling hum of the Oxford By-pass slowly dwindles into the distance and emphasizes the silence.  Just give thanks that you are not on it.

He would already have seen far off, larger and a little nearer than the many spires of Oxford, a building such as today we never see save in our rare and half deserted cathedral country towns.  It was the Abbey of Osney.  It would have been his landmark, as Hereford is the landmark for a man today rowing up the Wye.