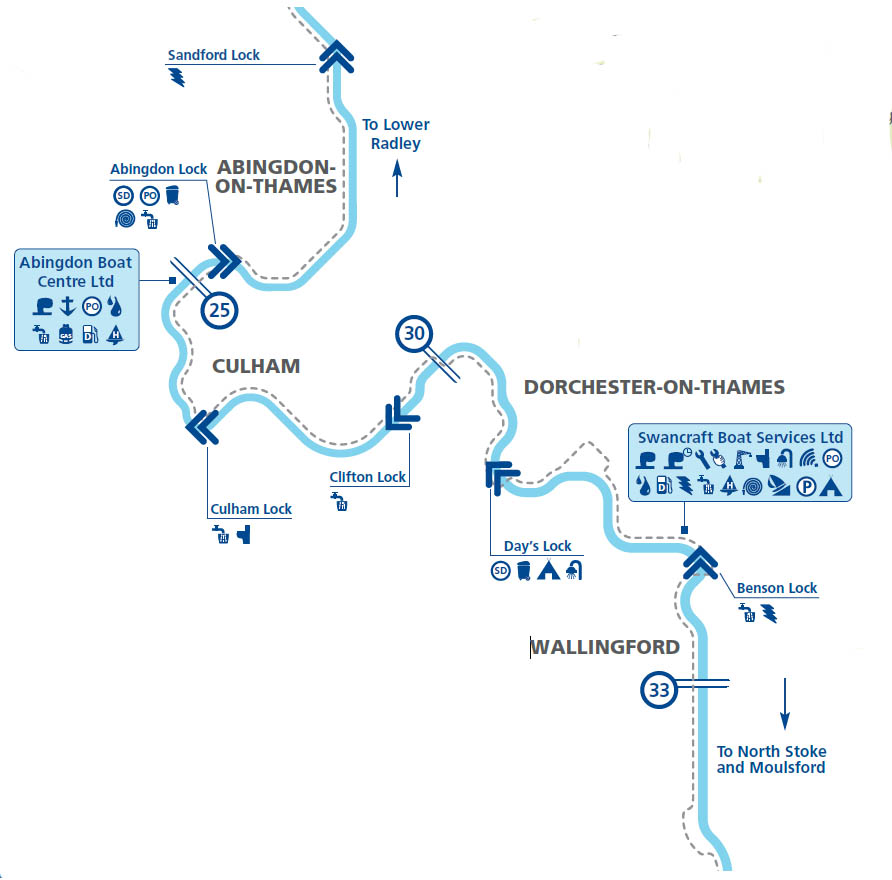 1396:  John James and his wife Christina held the watermill (and therefore weir) at Bensington
1610: Camden -

From Dorchester, Tamis goeth to Benson, in old time Bensington, which Marian calleth Villam Regiam, that is, The Kings towne, and reporteth that Ceaulin tooke it from the Britans in the yeere of our Lord 572, and that the West-Saxons kept the possession of it 200 yeeres after.
For then Offa the King of the Mercians, thinking it would be for his commoditie and honor both that they should have nothing on this side the river, wonne it and subjected it to him.
But at this day it goeth for a village onely, and hath a house of the Kings hard by, sometime a faire place, but now running exceedingly to ruine, as being not very wholsome by reason of the foggy aire and mists arising from a standing water adjoining.
This house of certaine Elmes called Ewelme, but commonly New-elme, was built by William de la Pole Duke of Suffolke, who having taken to wife Alice the only daughter of Thomas Chaucer, had by her faire lands heereabout as elsewhere, and beside this house he erected also a faire Church, wherein the said Alice lieth buried, and a proper hospitall.
But John Earle of Lincolne his Grand child, who by King Richard the Third had beene declard heire apparent to the Crowne, overthrew in some sort the happie estate of this familie. For whiles he plotted and projected seditiously to rebell against King Henry the Seventh he was attained and slaine in the battaile of Stoke, and Edmund his brother being for like cause attainted, the possessions became Crown-land.
Then King Henrie the Eighth made this house an Honour, by laying unto it certaine Manours, and Wallingford among others, which before had a long time belonged unto the Dukes of Cornewall.

Of course the lock was full, and there was no one to attend it.  The miller Ashby taking charge of it (at 28 shillings per month) was absent at a distant market;  and his man Hughes, who is deputy, was not to be found, but gone on a Frivolous Domestick Errand.  On making his appearance he shewed signs that no controul would have any effect even if the Officers of the navigation were present.

The only incident of regret was the loss of time at Benson Lock occasioned by both Towing Horses falling into the river, from which they were extricated with immense difficulty.

The character of the scenery changes completely [below] the [ Shillingford ] bridge, and we see again the rich level meadows, with the square tower of Bensington Church, and the quiet village of farms and cottages beside it. *
* "West of the church is a bank and trench, of a square form: the north side still retains somewhat of its original appearance; to the west and south they are readily traced, but to the east it requires a minute examination to discern them. Doctor Plot mentions an angle of King Offa's palace near the church, which must have stood on this spot, where bones of men and horses, as well as old spurs and military weapons, have been dug up. This, being a frontier town, often changed its masters in the contests between the West Saxons and the Mercians. Offa, king of the latter, considering it to be politically necessary to his government that his enemies should hold no place on that side of the Thames, at length possessed himself of it, and finally united it to his own dominions." (Boydell, 1794.)
A mile further, and we reach another lock [ Benson ], close to the town of Wallingford, which is nearly hidden by the luxurious growth of trees in surrounding meadows.

Benson-lock house was deserted and shut up;  the handle hid away, and a great rent all down the upper gates, so that this lock detained us more than forty minutes. 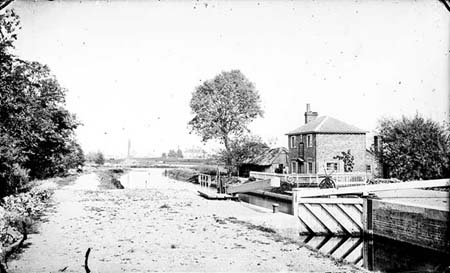 There is a short cut to Benson for foot passengers from Wallingford along the tow-path, crossing over at the pretty little ferry just below the weir.
Near this ferry there is a sheep-wash;  the sheep-washing generally takes place about the end of May, before the summer shearing.
It is great fun to look on at this performance;  there are generally two pens above the wash, two divisions in the wash, and a large dripping-pen for the sheep as they come out.
At the wash at Ewelme the men seize the sheep by the wool, and raising them up in the air, drop them on their backs into the water, where they float at first like huge corks;  very soon, however, nothing but their heads remains above.
They are progged along with sheep-hooks to a narrow place, on each side of which a man seizes them and ransacks their wool;  he then slips their heads underneath a bar, when they are allowed to swim away to the dripping ground.
On their first landing they stagger and fall with the immense weight of water carried in their wool;  but they soon get all right, and dry up beautifully white and clean.  The whole scene, with the dogs and men, is very lively and amusing. 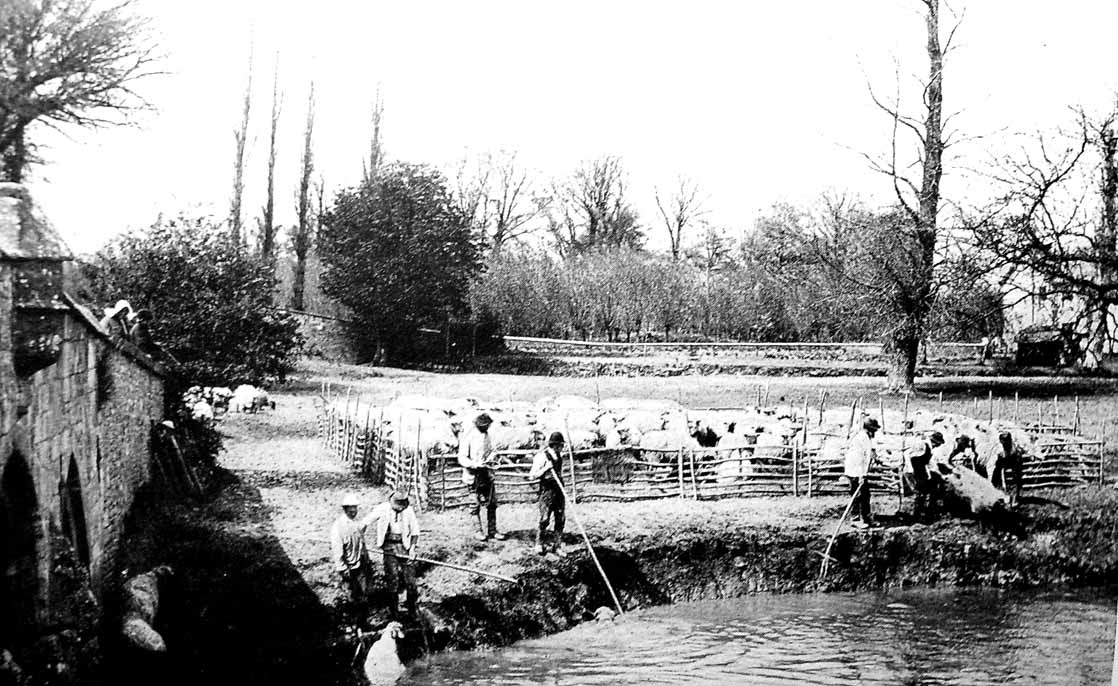 Sheep washing in the Thames
from "In Thamesland" by Henry Wellington Wack, 1906

... the hot summer sun had come at last ... warm and fresh on the river ...
In riverside gardens children practised what Mr Ashby-Sterry calls "hamockuity".
Anglers dozed in the sun.
The only living creature who seemed awake was a vulgar little boy who, when we passed a sheepwash in a pretty backwater and asked him when the sheep were washed, told us,
"Why when it's toime, of coorse."

There is the usual mill at the weir, rather spoilt by the addition of steam power and a huge chimney; and on the edge of the river is a gravel and coal-wharf;  but by all means, if time will allow, land at the lock, and find your way up to the villages of Benson and Ewelme.  The two miles by the side of the brook afford a shady, pleasant walk, with interesting cottages all along, the almshouses and old church of Ewelme at the end.  The country round about being flat, bare of trees, and very uninteresting, it is quite an unexpected treat to come upon this pretty village lane. 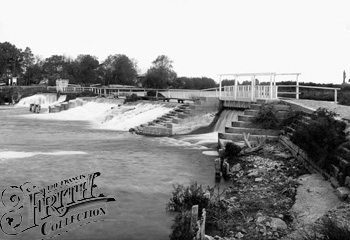 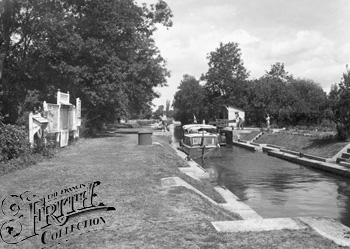 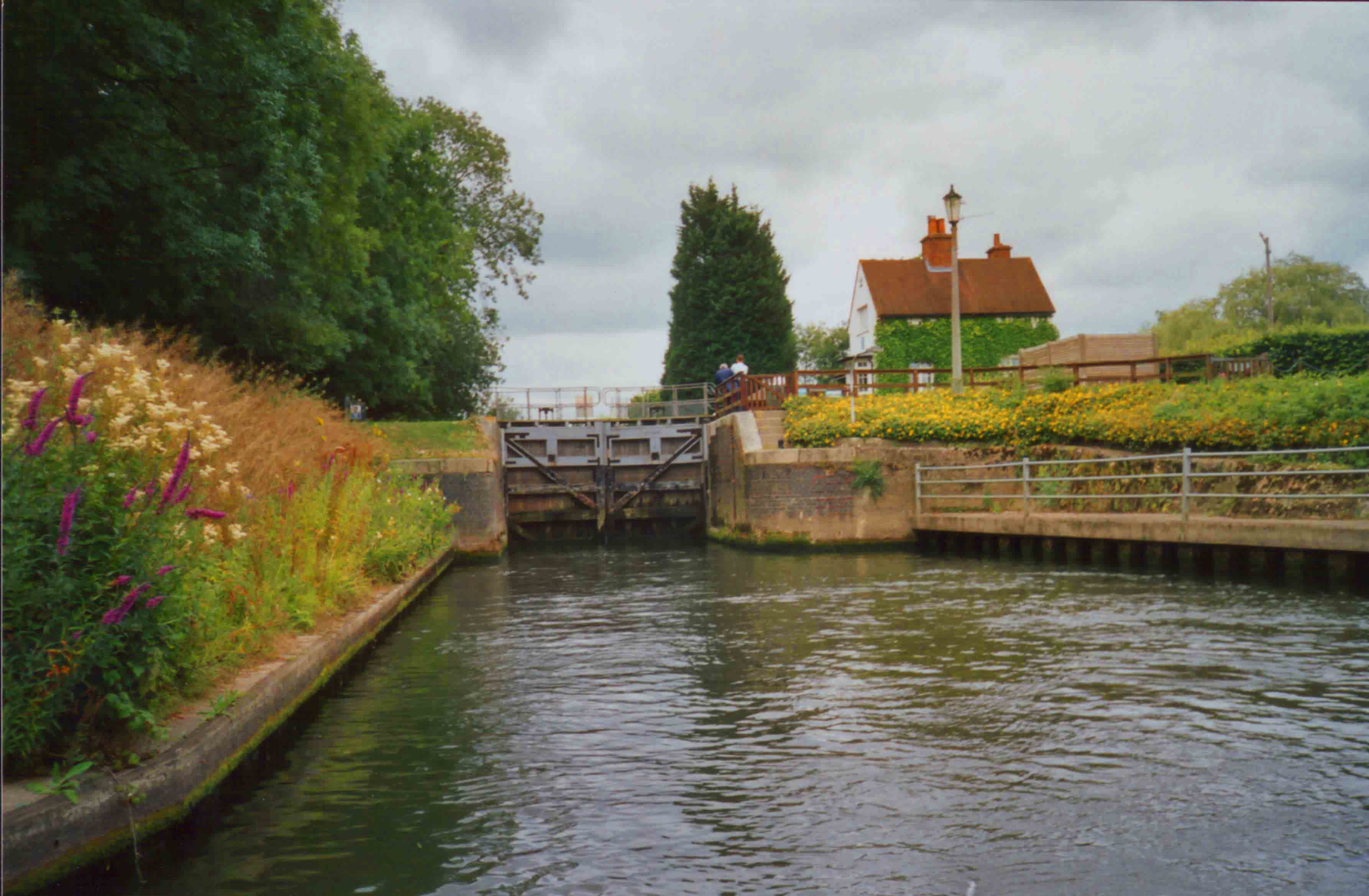 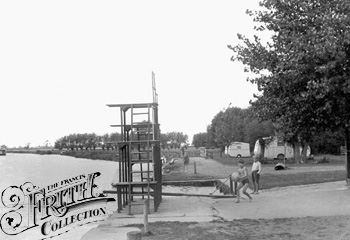 Just above the lock the river is positively ugly, notwithstanding that the sweet little Ewelme brook flows in on the right-hand side.  Benson Church stands back some distance

[ I guess that where the Waterfront Park now is, was once an ugly coal wharf ]