Immediately upstream of Molesey Lock. The lock cut is the Left (southwest) bank side of this island. The tail of the island has a weir to the head of Molesey Lock. The head of the island has a weir to the Right bank.
Ash Island has moorings on both the south and north sides of the Island. The idyllic island is privately owned and is home to a thriving community of more than 30 houseboats. There is a boatyard and launderette on the island.
The only access from the land is by foot from the south of the river via the Molesey Lock and a weir bridge. A few of the residential moorings are freehold. 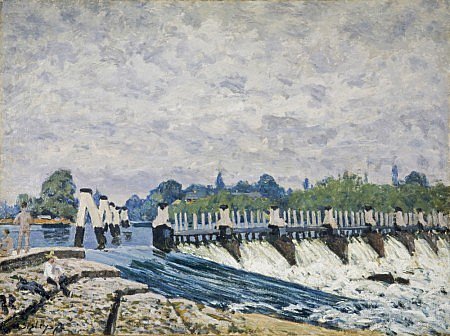 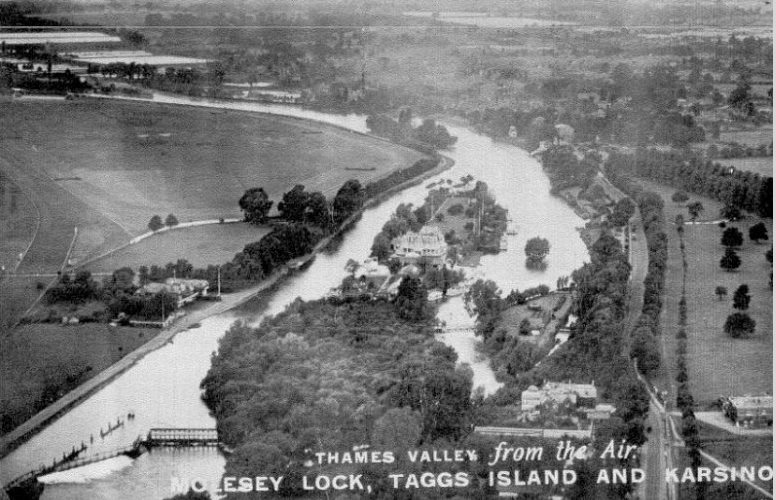 Ash Island with Taggs island beyond