[The width of the Thames at the Barrier is about the distance from Cricklade Bridge to Cricklade Slipway ]
Cricklade Slipway, Left bank, very light craft only.
Good concrete slipway in Cricklade gives access to a high current section which could hardly be used by boats with any more than a few inches draught.  Perhaps this is where the rowing boat is launched which is reputed to inspect this section annually?

Then came the old plank bridge, prettily situated between wooded banks, then Rose Cottage, then Cricklade.
"Well!" exclaimed Figgis, as they landed at Rose Cottage,
"that's over at last. I never did such a piece of river in my life."
"What a pace we went, too!" said Budd - "a mile an hour at least. I should like to put the winning eight at Henley on that stretch with the tallest rushes."

1909: Fred Thacker in The Stripling Thames -

Two or three meadows above Eisey Bridge the Dance Brook enters upon the southern bank, little deserving its title here, whatever be the case higher up its course. It gives its name to the Dance Common just outside Cricklade.
Now a farm blocks the way, but if you persevere round you will arrive at a rustic bridge called Hatchett's, on the outskirts of Cricklade, where baptisms have been performed within living memory.
Rose Cottage adjoins it, well known to men who navigate through to Cricklade;
above which Taunt marks an old weir site; perhaps the ruinous old house on the Left bank was the weirkeeper's; it stands at the head of the pool.
And then the walk is barred by "nimble footed Churn"; and I went to my night's rest back across Hatchett's Bridge and into Cricklade. 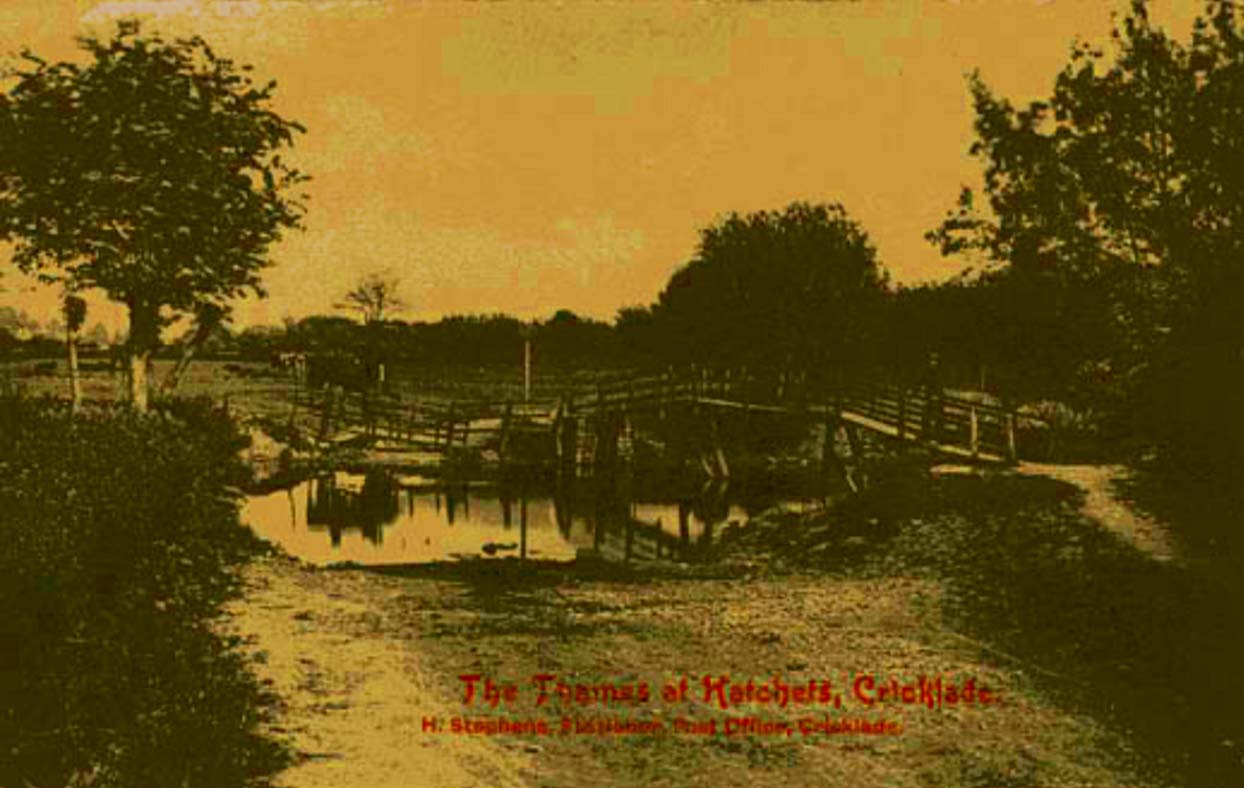 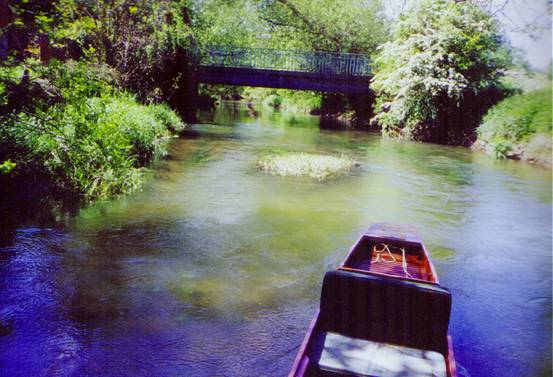 River is no more than a maximum of two feet deep with stones which scraped the punt. 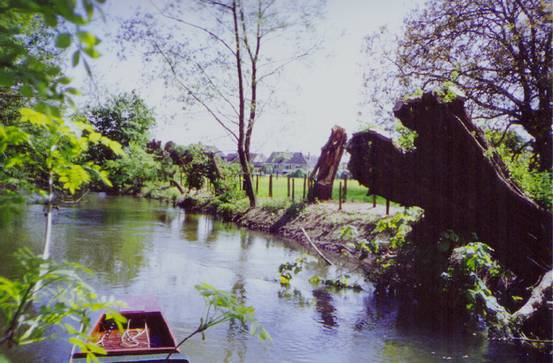 The river goes round behind the houses and nothing of Cricklade actually faces the river. Photo taken going downstream.

The River Churn joins from the north, Right bank - 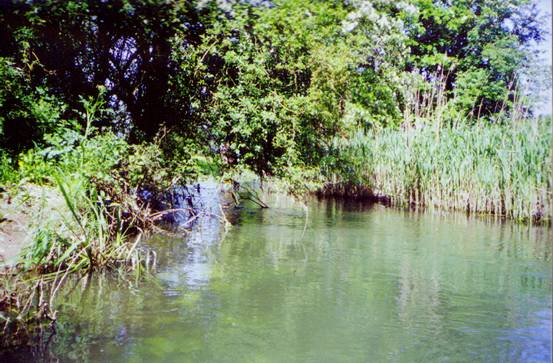 The River Churn was contributing significantly to the stream about 100 yards below the High Street Bridge.
The River Churn is certainly a major source of the River Thames since its source is at Seven Springs.

West Mill Cricklade is in the Domesday Book.
1828: Westall - the River was then navigable to this point for barges of six or seven tons.
1920: Fred Thacker -

West Mill was bought up and stopped some years ago by the Thames Conservancy to prevent its interference with the level of the River.