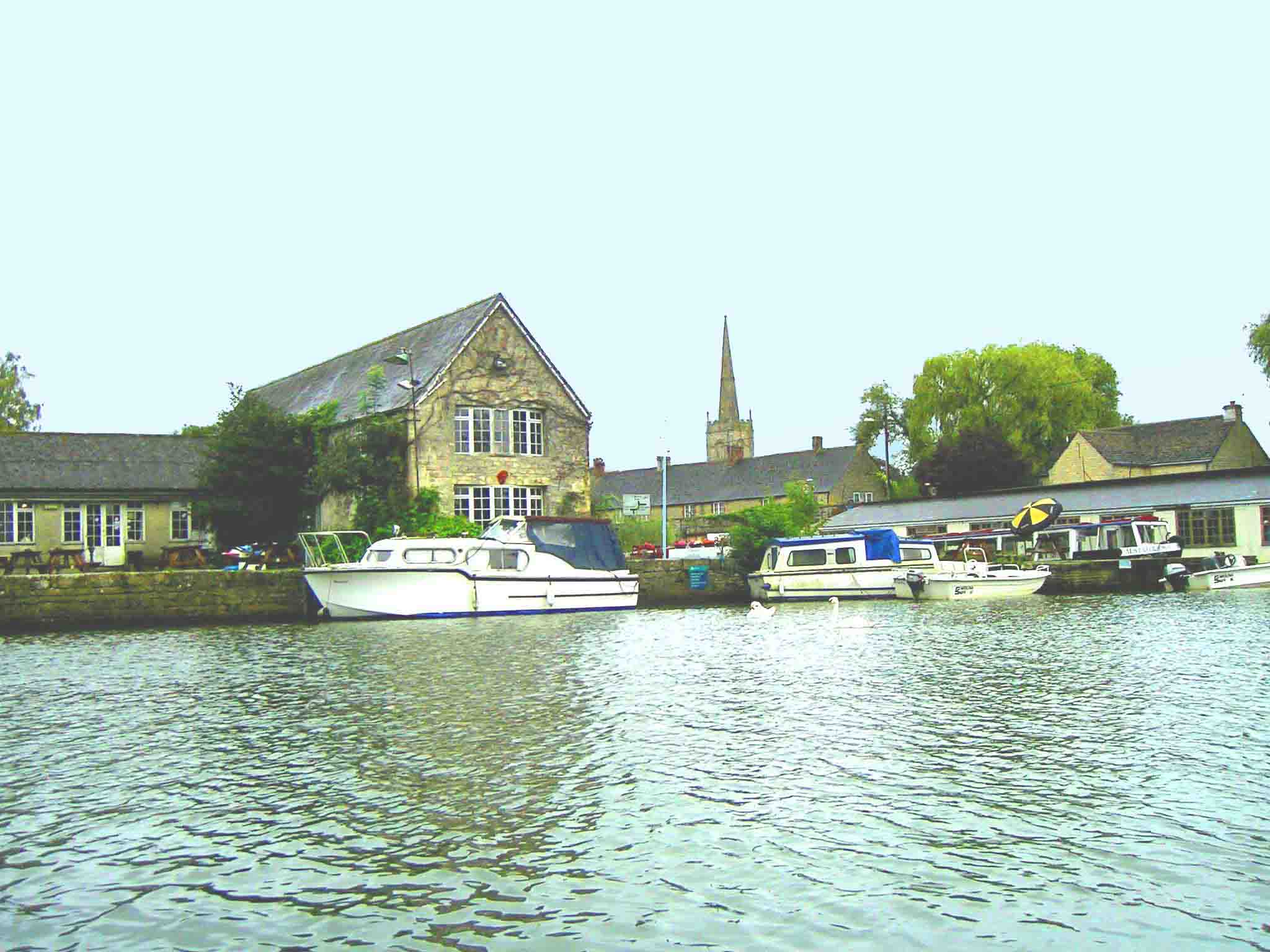 One of the best riverside locations along the Thames, The Riverside, Lechlade, is the perfect destination for good pub food and accommodation. So what better place to enjoy a relaxing drink and a meal - or stay overnight - especially this summer. We're open for food all day, everyday.
- Lechlade riverside location
- Excellent pub food and service, served from noon until 8pm
- Accommodation and rooms from just £29.50 pppn
- Easy access to Swindon, Cirencester and The Cotswolds
Our second-floor function room is also available for private parties.
The Riverside, Tel: (01367) 252534

Since 1959 the Riverside has been a family owned and run business and has grown to become a sizable leisure complex, featuring, Boat hire, Gift shop, Fishing tackle & bait shop, Antiques arcades, Bed & breakfast, Holidays lets, Houses for rent and not forgetting the Marina and Chandlery for all your boating requirements.

The country round is open, and, upon the whole, flat; but relief is provided by the picturesque outlines of the parish church and the rambling bridge. 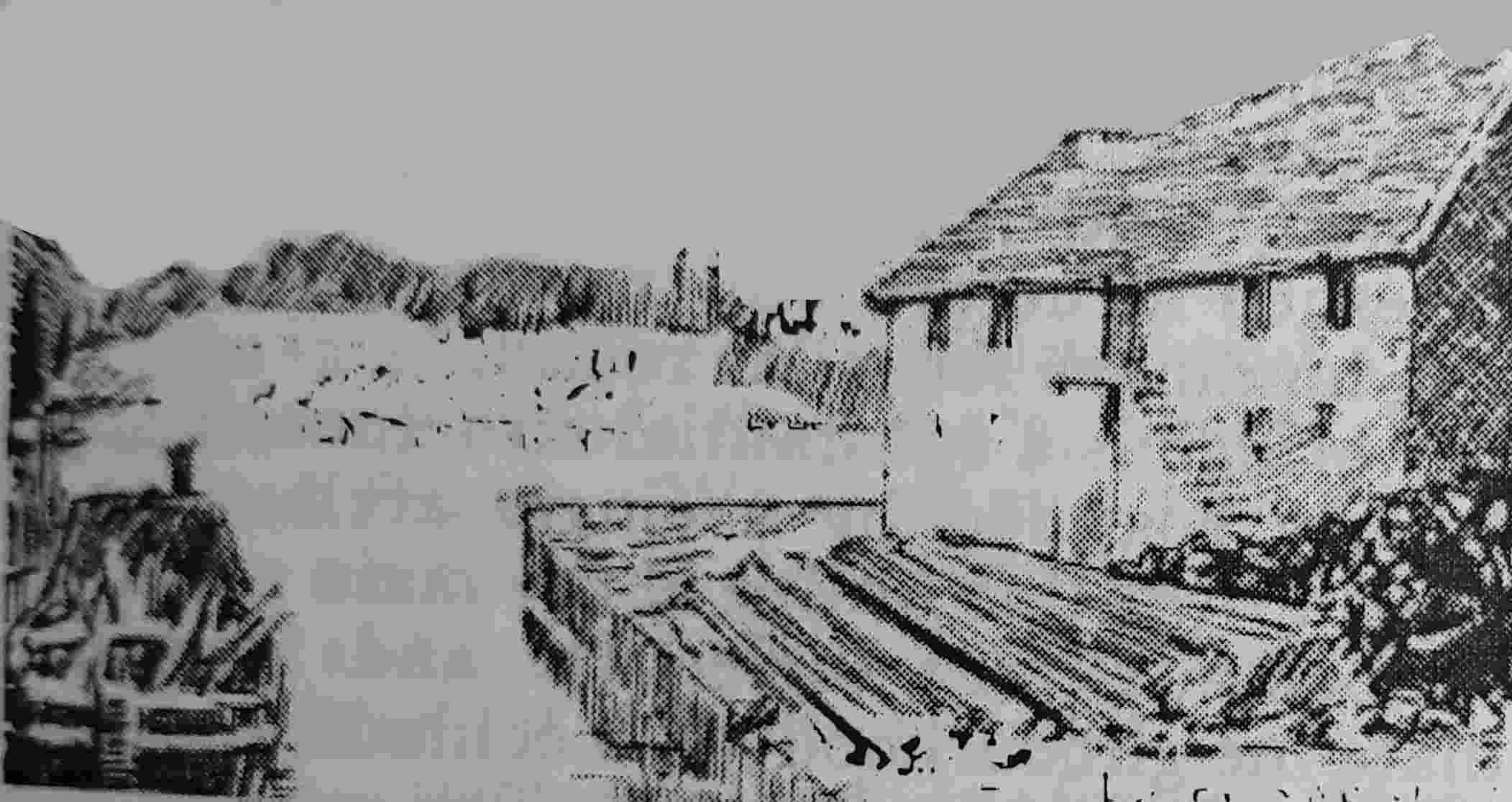 The first feature to attract the attention of the new comer is the wharf, which, as a rule, is not notable for the amount of bustle going on. In truth the railways have robbed the river of the bulk of its traffic, and it is only heavy burdens, such as timber and coal, which are conveyed over the waterway to their ultimate markets.

1896: 'A Tale of the Thames' by Joseph Ashby-Sterry [they take a skiff from Lechlade downstream]

... down at the wharf getting the boat in order. They found the Otter just what the Colonel had described her - a light boat to pull, but by no means crank, and a very comfortable one to travel in - one in which you could lounge at ease, and one which would cause you no anxiety whatever, if it got considerably out of trim. There were plenty of comfortable cushions, and the craft would easily accommodate six - that is to say one man at the sculls, two at the oars, and three passengers. As they would only be a party of four to New Bridge, they had ample accommodation. 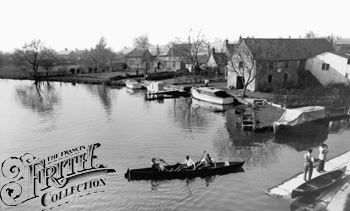 1956: And Robert Gibbings was there the next year and wrote in Till I End My Song -

Peter Ford's Boatyard.
"Peter is in the tea room", said Gordon Hawke his partner, from under a punt upturned on trestles on the slipway. Early in the year to be open, I thought, as I turned the handle and went in.  Tea room indeed!  It wasn't tables with white cloths that I saw before me but skiffs, two doubles, looking twice the size they'd be on the river.
"Yes", he said, "scrub and scrape and paint through the winter.  Four coats of varnish on the clear wood.  Floor boards, gratings, back rests, stretchers, oars, and paddles, they've all got to be done
The tea room had the appearance of a heraldic arsenal.  A score of shining rudders rested against one wall looking like medieval shields, dozens of oars like jousting lances leaned against another wall,  paddles lay about like clubs.
"Things may be quiet in the summer if the weather's bad", said Peter, "but there's no quiet in a boatyard in the winter". 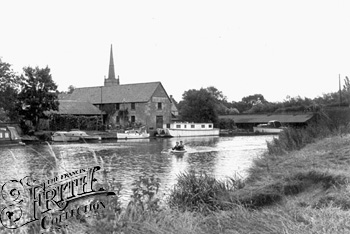 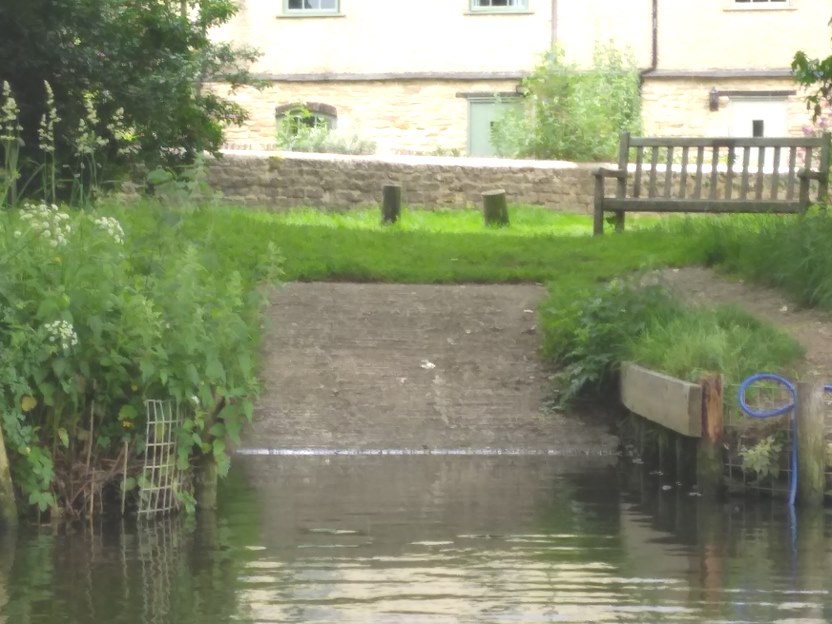 There is this slipway for small boats at the end of Bell Lane. However I think no cars allowed. I guess carried canoes only.
It is said to be the site of the old wharf, and also of Tidford Ford.