1912:  Plans made.  There was previously no bridge here.  It was decided to build a new bridge here before demolishing and building a new Caversham Bridge.
1923:  Bridge opened. 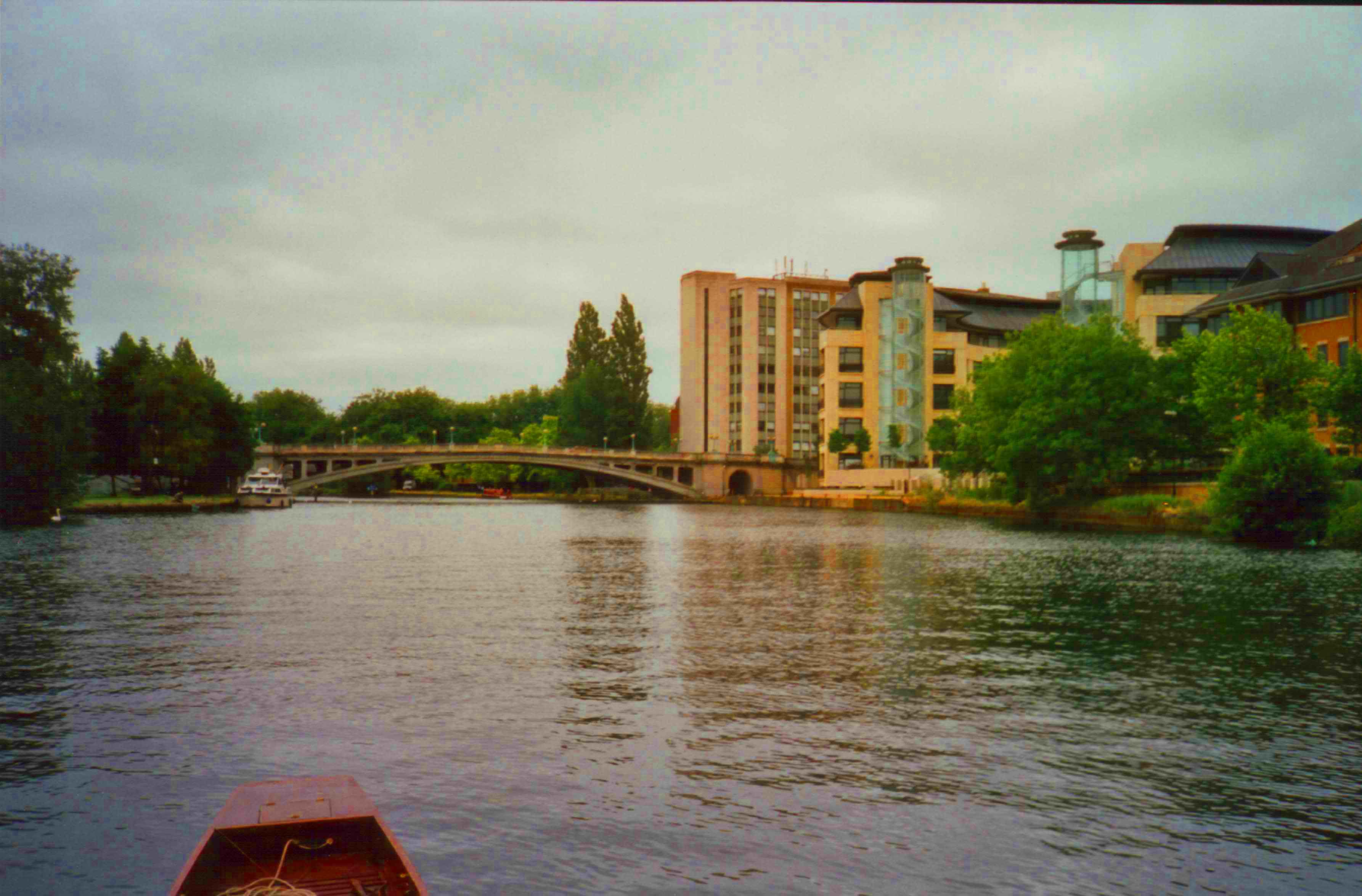 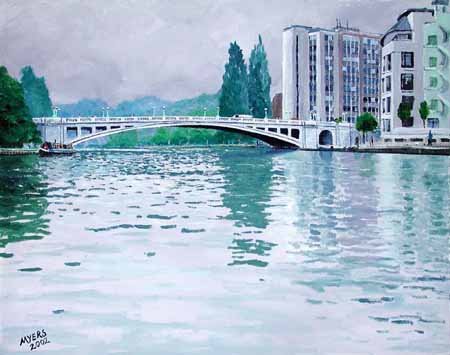 They send from hence to London by barges, very great quantities of malt and meal:  the two articles of their loadings.  Some of those barges are so large, that I was told they bring a thousand, or Twelve hunderd Quarters of malt at a time:  from a hundred to an hundred and twenty Ton, dead weight.

The town itself is a famous old place, dating from the dim days of King Ethelred, when the Danes anchored their warships in the Kennet, and started from Reading to ravage all the land of Wessex; and here Ethelred and his brother Alfred fought and defeated them, Ethelred doing the praying and Alfred the fighting.
In later years, Reading seems to have been regarded as a handy place to run down to, when matters were becoming unpleasant in London.  Parliament generally rushed off to Reading whenever there was a plague on at Westminster; and, in 1625, the Law followed suit, and all the courts were held at Reading.
It must have been worth while having a mere ordinary plague now and then in London to get rid of both the lawyers and the Parliament.
During the Parliamentary struggle, Reading was besieged by the Earl of Essex, and, a quarter of a century later, the Prince of Orange routed King James's troops there.
Henry I lies buried at Reading, in the Benedictine abbey founded by him there, the ruins of which may still be seen; and, in this same abbey, great John of Gaunt  was married to the Lady Blanche.

The town of Reading ... seldom has a good word said for it by those who write from the river point of view. And yet the stream of the Thames makes glad the city with its railways and big brick factories and tall chimneys, and it becomes, in its own way, as picturesque, though not as characteristic of the upper Thames, as the little villages and the old deserted market towns.
It is not, however, the ideal place for a house-boat, and for this reason, I suppose, we found two or three within hearing of the ever-passing trains and within sight of the chimneys and the smoke.
From them, canoes were carrying young men and their luggage to the convenient station; in the small boats at their bows young ladies were lounging; in the sterns white-capped maids were busy with brooms and buckets.

Reading is not actually on the river, and Caversham may be called its river-suburb. It is not a place which much attracts boating men. From its size, its manufactories, its chimneys, it is necessarily in many aspects unpleasant to those who have come to seek their rest and pleasure far from smoke and toil. The most important industries are Messrs. Sutton's seed emporium, and Messrs. Huntley and Palmer's biscuit factory, which employs more than five thousand persons; there are also breweries and many lesser works. Did it not lie between two such pre-eminently charming places as Sonning and Mapledurham, boating people would avoid it altogether. 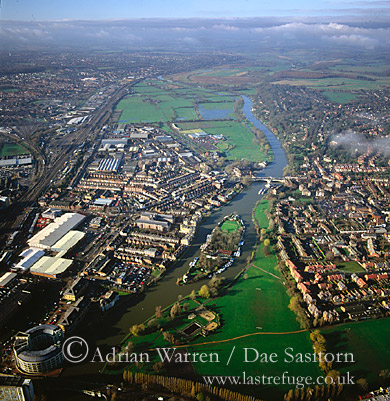