Ahead of you is an eyot -
[ eyot = ait = ayt means island and all are pronounced "eight")
you will, [ INITIALLY! ] appreciate ( appreci-eyot? ) various puns on this - boats called "Pieces of Eyot" etc [ though after a while the humorous effect may begin to wear thin. ]
Navig-eyot around it carefully!)
You can go either side.
Town Rod Eyot has ten chalets and a brick cottage. There are also downstream small Rod Eyot Islands.
Several of the properties are occupied on a permanent basis, whilst others are weekend recreational homes. Each of the properties has its own riverbank moorings.
Until 1907, when the Town council sold off the plots, it was known as Corporation Island. At the time, only the brick cottage existed, originally being the home of the Farrier who shoed the horses which towed the River Barges

1878:  Below Marsh Mills with Henry Taunt by Henry Taunt. An especially precious photograph because the character leaning on the gate is Henry Taunt himself - 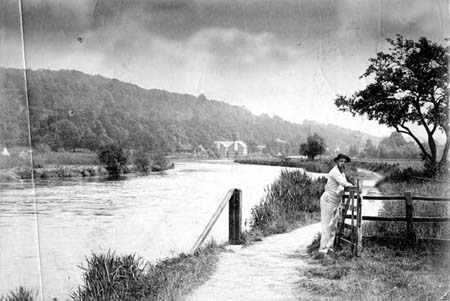 At the end of the eyots is a wide section as one approaches Marsh Lock. There can be difficult currents below Marsh Lock and the layby is not the easiest on the Thames. 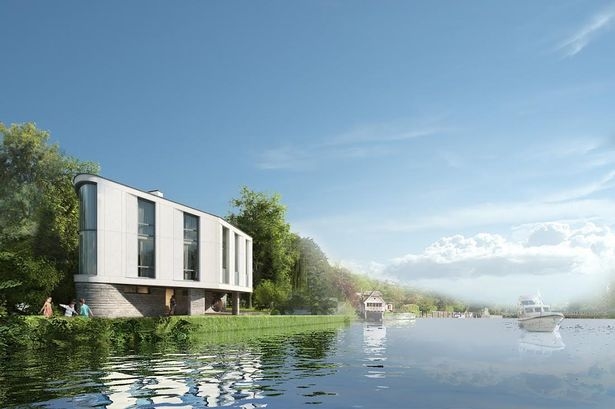