Left bank unmade gravel slipway with limited (10?) parking, Ferry Lane, Aston
Staging out into river with mooring either side for two large or four smaller boats?
For the Flowerpot Inn ½ mile up lane see below 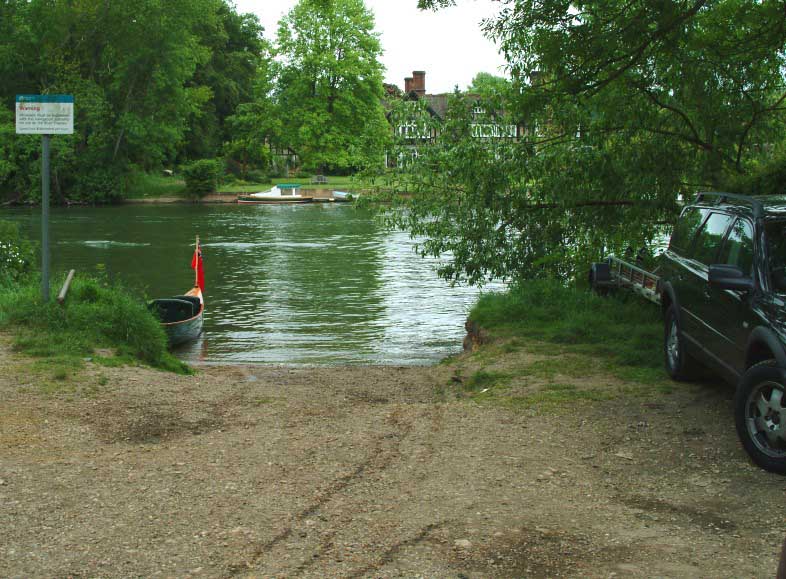 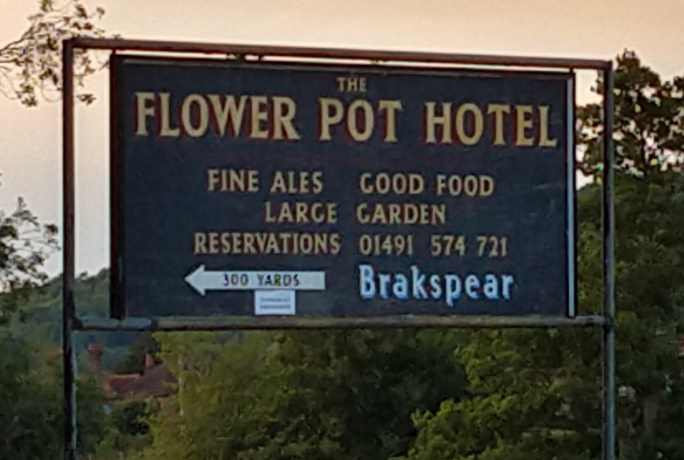 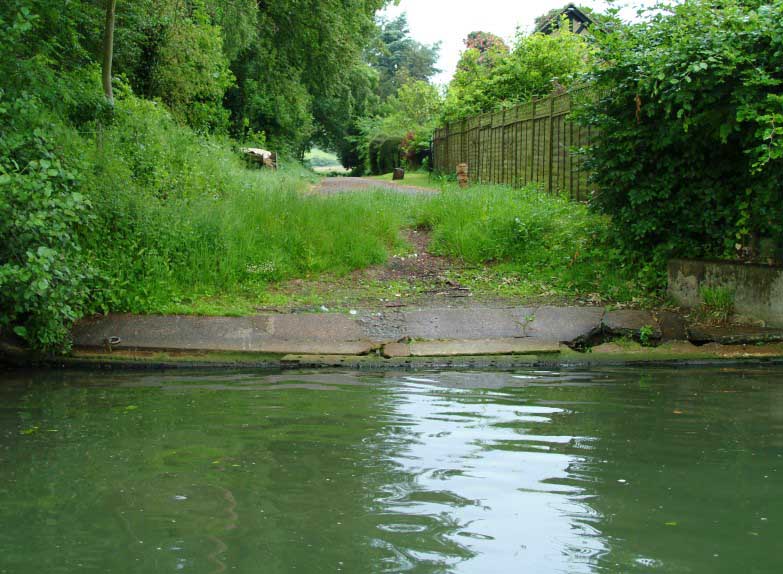 The slipways are the site of the former Aston Ferry
1785: A rope ferry in 1785
1920: [ I think Fred Thacker implies it is probably still working, James Hawkes, ferryman. ]
2004:  The Aston, Left bank, side is now effectively an unmade slipway for small boats.  It would be dangerous (because of towing vehicle failing to grip on the steep gravel) to launch anything larger than can be manhandled here.

Once when I launched here, on my own, I backed the trailer down to the water and firmly set the handbrake.  I got out of the car and began to deal with the winch when ever so gently the car began to roll down the gravel towards the river.  I put my shoulder against it and shouted "help" at the top of my voice.  Another boater ran and put the car in gear which did the trick.
It still gives me nightmares!  Ideally I think one should use wedges under wheels on a steep slip.  And what if I had been unable to hold the car?  It could well have run over me - so maybe I shouldn't have tried but simply let the car and trailer and boat run into the river?  The morals are:
Make sure your car is in good order.  The handbrake was not the strongest point on the car type I was using at the time.
Always make certain of the brake, stop the engine and leave the car in gear on a steep slipway.
Before you get out satisfy yourself that the car is not going to move.
Use wedges under the car back wheels if at all uncertain.
This authoritative advice comes from someone who got away with it by the skin of his teeth!

At the horse-ferry, where the tow-path changes side, a little grassy lane leads down to the river from Aston and Remenham Hill.  This used to be called "The Lady Moor", why, I do not know;  it had a pretty avenue of very fine ash trees all along it.  A few ash trees are still there, but nothing to what they were in former days.

Late evening sun across the river from Aston slipway. There is a fisherman standing on the rough slipway that side - 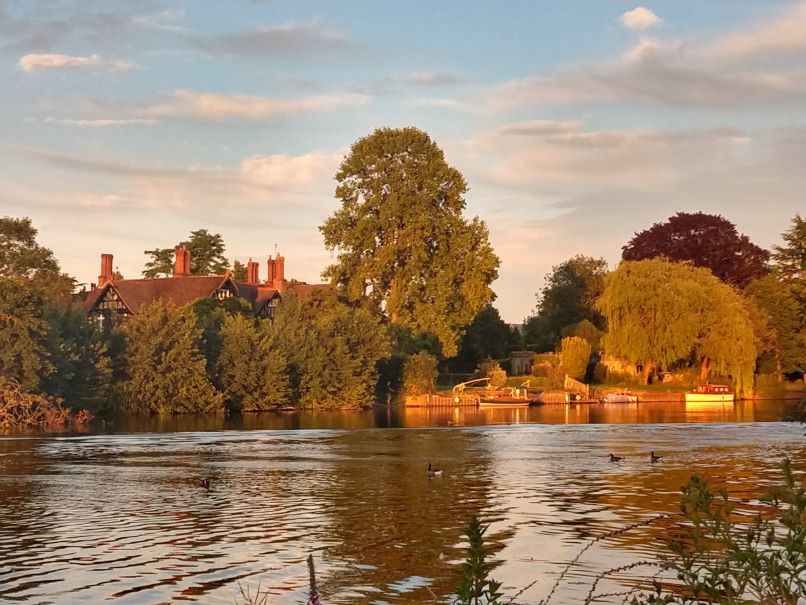 The Flowerpot at Aston 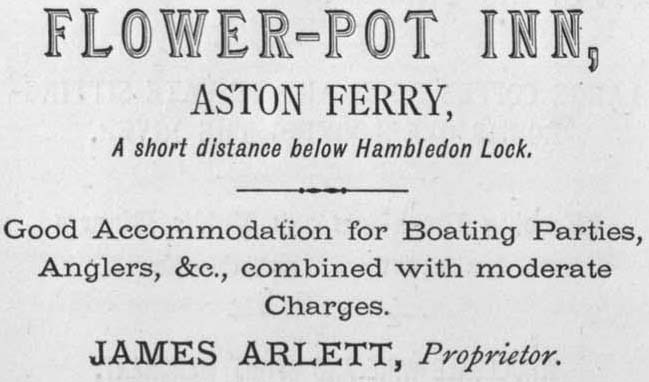 We put up at a brand-new, very ugly, but comfortable brick "Flower Pot", where there was a landlord who had much to say about art and the Royal Academy. For Royal Academicians often lunch with him, and Royal Academy pictures have been painted under the very shadow of his house, as well they might, for all the near country was as pretty as the inn was ugly. Elms, the loveliest in the whole length and breadth of England, met overhead in the narrow lanes, bordered the fields "with poppies all on fire", and shut in the old-fashioned gardens full of weary sunflowers waiting to count the steps of the sun which would not shine. Here and there through the elms we caught a glimpse of the river.