From [Quarry Woods] to the mouth of the Wycomb stream is good water, but there is a shoal about 100 yards in length, in which there are only four feet three inches. It should be deepened about six inches, for little more than the breadth of a barge; and as the bottom is a hard gravel, there will be little danger of its filling up.
Mr. Rose, of Spade Oak Wharf, has a right of towage for horses along a field near his house, which ought to be purchased ; and a ferry should be established for the horses that come from Boulter's Lock, so that they might continue throughout to Marlow.
Just above the Wycomb stream there is an ayt, on the Berks side, which keeps the horses at a great distance from the barges. A towing path should be made through it.

Towed on in most beautiful sunset past Cookham. Country very delightful from Cookham Lock onward: hills (low chalk banks call them) fall back from the river which is very wide: the whole full of character.

... the pcturesque village of Bourne End lies upon a low height amid cornfields, which look charming among the woods when you see them yellowing for the harvest. 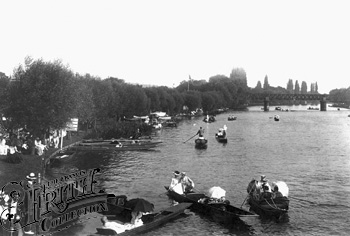 Left bank below and above railway

It must have been a terror to navigation.  There was much complaint of its dangerous state;  barges frequently collided with it and were sued by the railway company for damage. 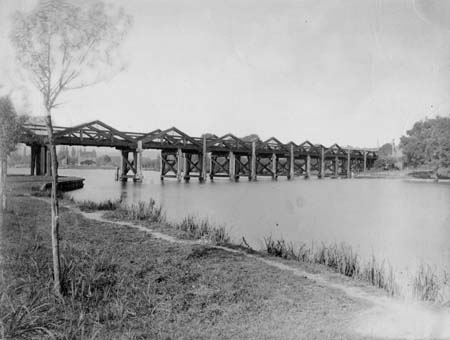 And have you not read of eight jolly young watermaids,
Lately at Cookham accustomed to ply
And feather their oars with a deal of dexterity,
Pleasing the critical masculine eye?
They swing so truly and pull so steadily,
Multitudes flock to the river-side readily:-
It's not the eighth wonder that all the world's there,
But this watermaid eight, ne'er in want of a stare.

What sights of white costumes! What ties and what hatbands,
Leander Cerise! We don't wish to offend,
But are these first thoughts with the dashing young women
Who don't dash too much in a spurt off Bourne End?
Mere nonsense, of course! There's no giggling and leering
Complete ruination to rowing and steering; -
"All eyes in the boat" is their coach's first care,
And a spin of twelve miles is as naught to the fair. 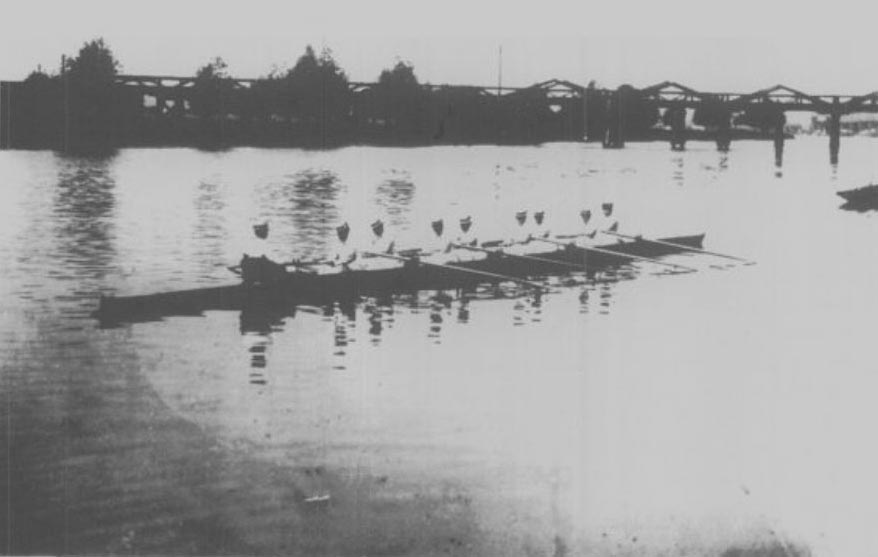 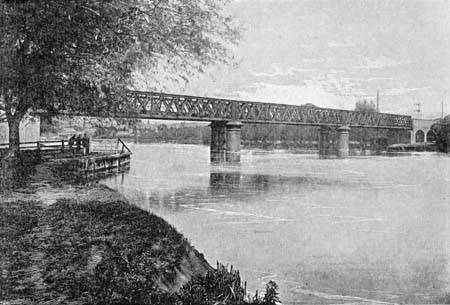 In dredging near this bridge a dug-out flat-bottomed boat of oak, probably of the Bronze Age, was found and given to the late Frank Buckland for his collection at South Kensington Museum.
1994/5:  a footpath was attached to the upstream side of the bridge to form part of the Thames Path and to replace the Spade Oak Ferry. 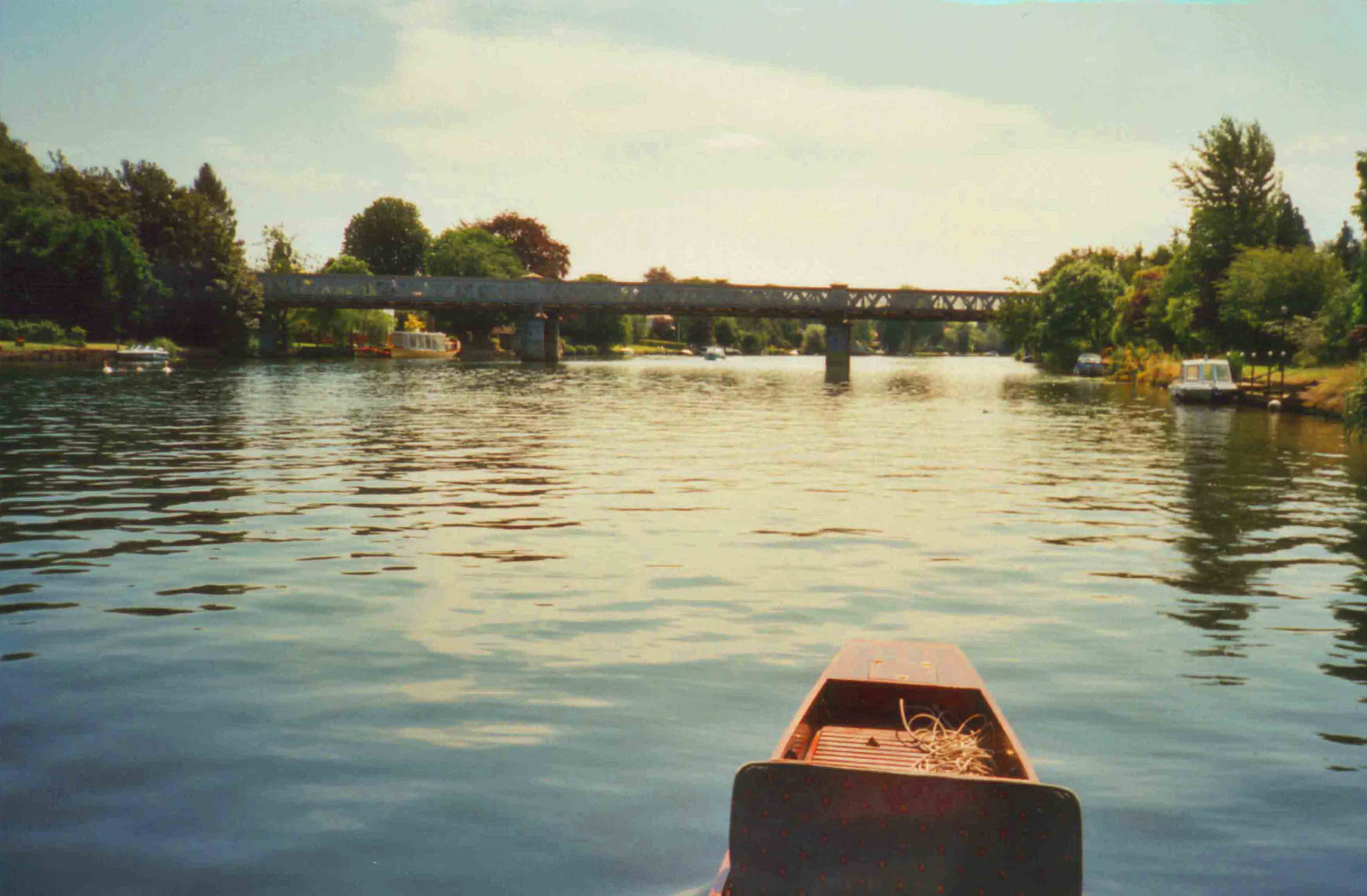 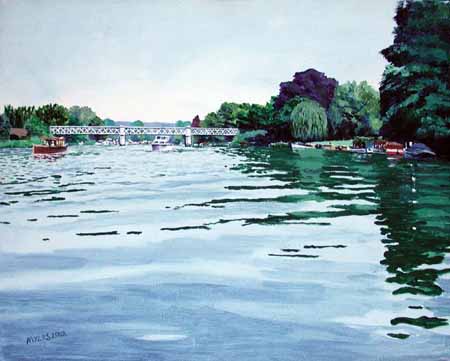