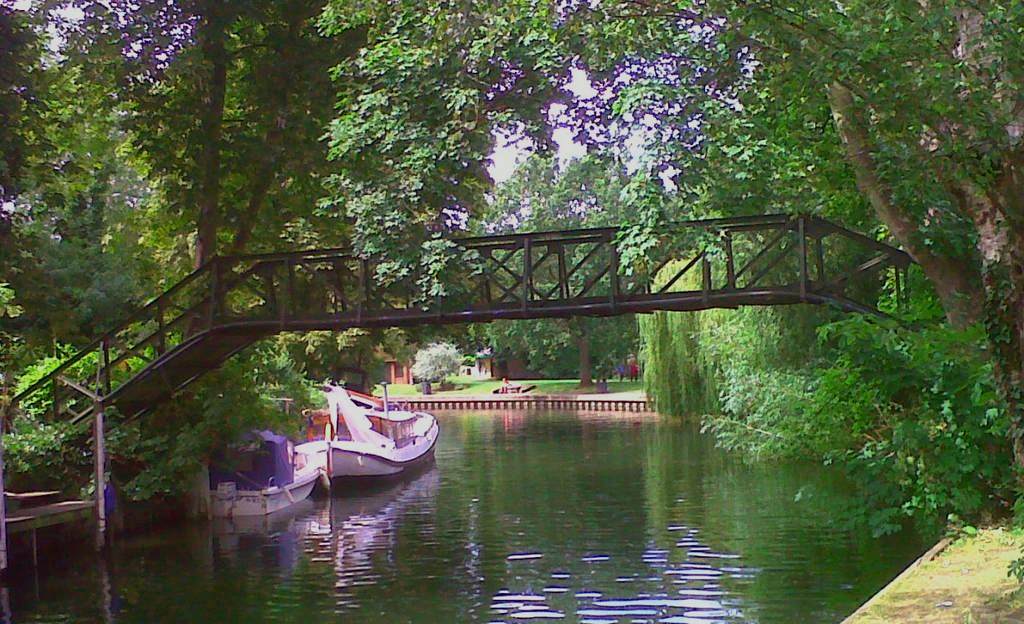 The metal footbridge from Lammas Park to Church Island at Staines. Church Island has a handful of houses on it, a few boats moored around it and is connected to the north bank of the river by a footbridge. Many years ago barrels of beer from the Ashby Brewery were transported here by chain ferry, then taken across the island and loaded onto boats. The old chain ferry was still moored to the north side of the island, although looking a bit sorry for itself. The Thames stream between the Middlesex bank and the island provided a sheltered backwater for sports up to the late 1920s: a place for small boys to fish with home-made rods; a base for Staines & District Swimming Club; where people could hire small rowing crafts from John Tims’ Boatyard, and where the popular annual Staines & Egham Juvenile Regatta was held between 1906 and 1931. In the early 1900s the Staines Swimming Club had its headquarters on Church Island, but between the wars the club moved their base from the island to The Lammas when it became a public land again. Staines' Roman name was Ad Pontes, meaning "by the bridges". Some sources speculate the bridges may well have consisted of one from the north bank of the River Thames to an island and another from the island to the south bank.