There is a concrete slipway for small manual boats off Walton Lane where it meets Thames Street, Weybridge facing one of the weirs, There is some limited parking. 01932 847453 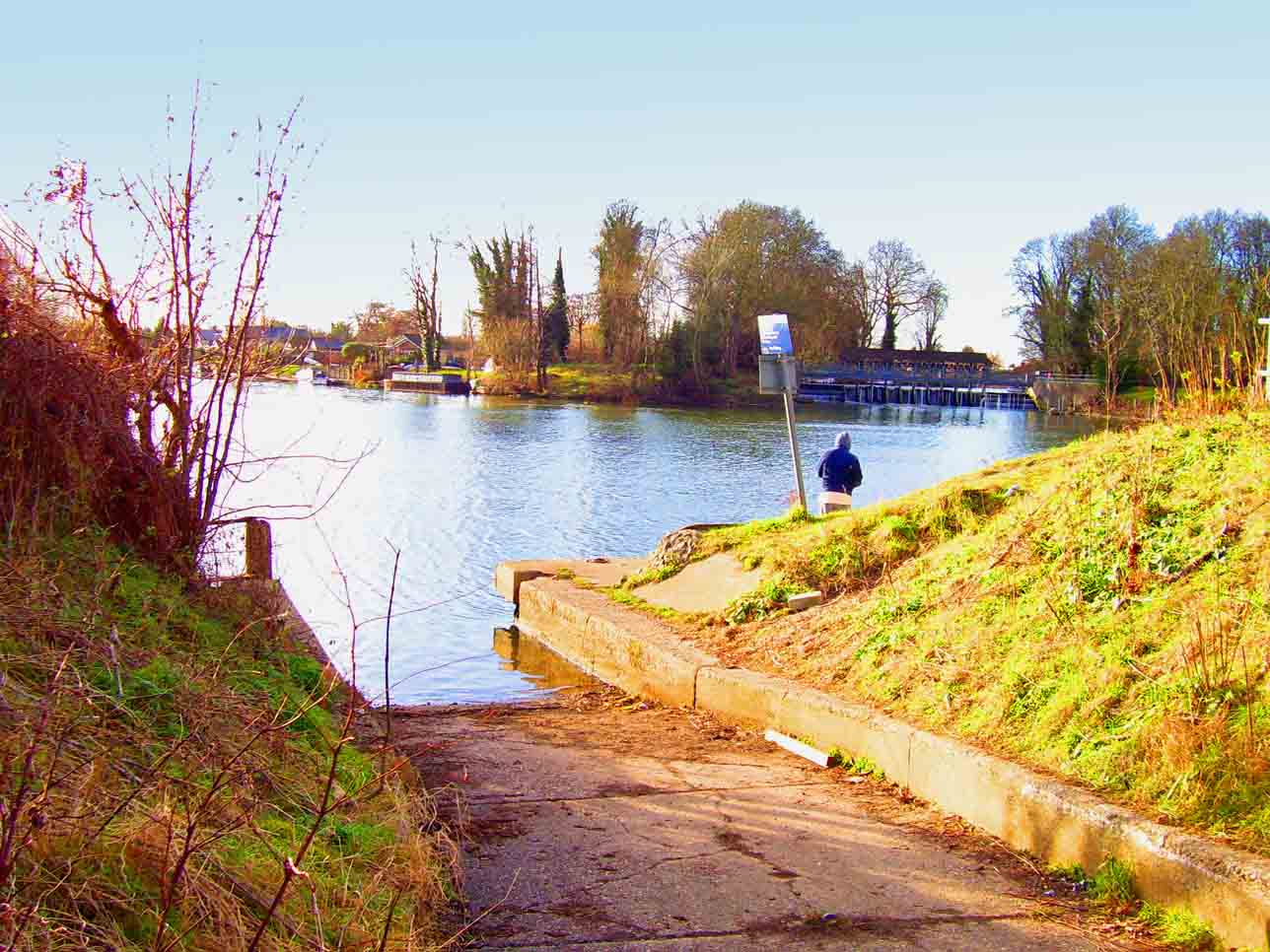 [Photo in February 2006. A dry winter and the weir between Shepperton Lock Island (to the right above), and Hamhaugh Island, is hardly running.
Beneath the "no fishing" sign (which makes a convenient place to stack his kit) is a fisherman. ] 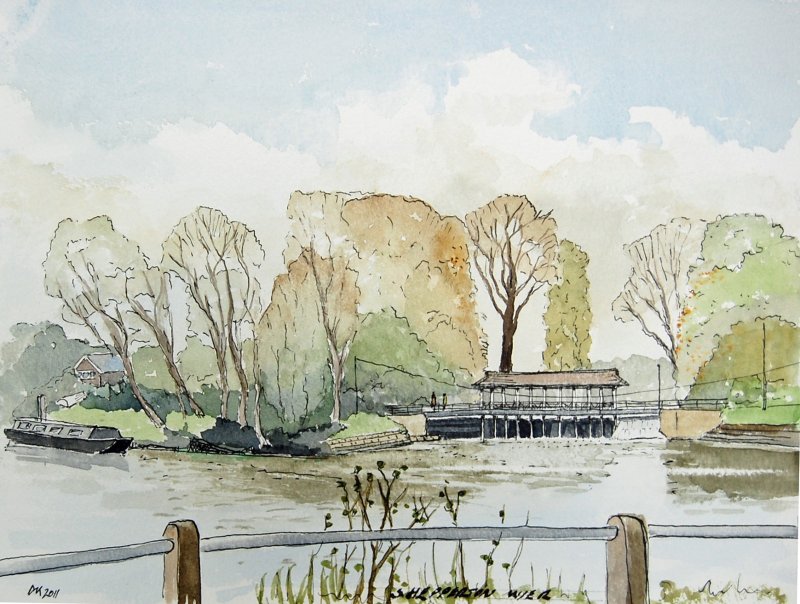 [ There are several islands here. They are not clearly marked on many maps. ]

Named after Mr Whittet who owned it. The island is now being developed for housing. [ Sorry "Luxury Waterside Apartments"]
Some people will have some spectacular views of the weir and lock island.

The island next to the lock on to the Wey Navigation.
Here is Weybridge Rowing Club

...the Town of WEYBRIDGE, a pleasant Town, well inhabited, and not only adorned with the Seats of the Earls of Lincoln and Portmore, but with the Ruins of a Royal Palace, called Oatlands.

We resume our voyage downward [from Chertsey Bridge], admiring, as we pass, the pleasant woods and wooded heights of Woburn, and welcoming another of the river's many tributaries — the Wey, which joins the Thames a mile or so below the bridge at Chertsey. The Wey rises in Hampshire, about a mile from Alton — "famous for ale". It passes through Farnham, Godalming, Guildford, Woking, Byfleet, and Weybridge, where it is joined by a small streamlet — the Bourne, and also by the Basingstoke Canal. The junction of the three streams is so picturesque that we supply an engraving of the scene. 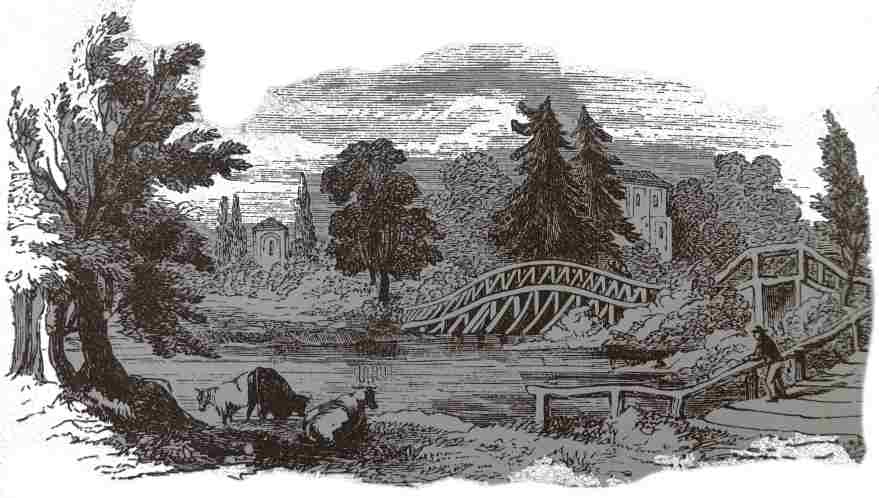 At Weybridge, the Wey (a pretty little stream, navigable for small boats up to Guildford, and one which I have always been making up my mind to explore, and never have), the Bourne, and the Basingstoke Canal all enter the Thames together. 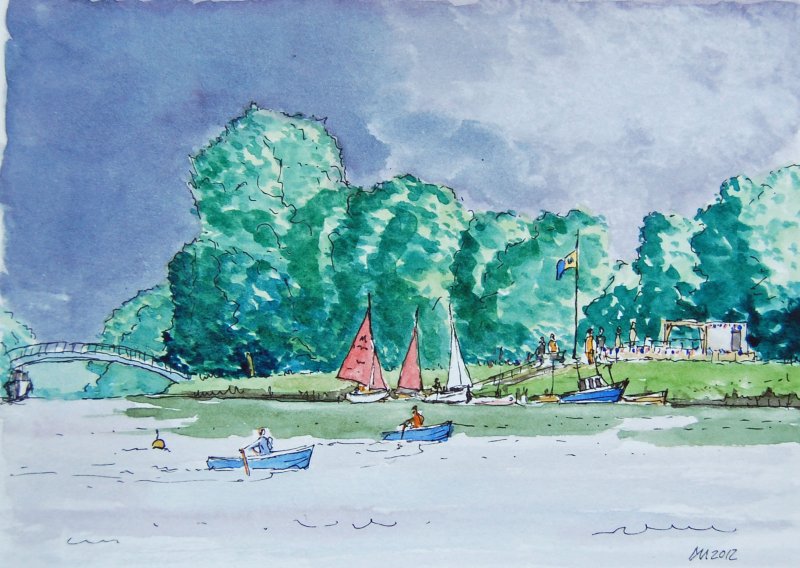 The largest of the islands. To the south of it is the old loop of the river which was bypassed by Shepperton Lock.
Cygnet Rowing Club on Hamhaugh Island

Connected to Hamhaugh Island by a weir.