Downstream of Shepperton Lock, joined to Left bank by a bridge (private)
1887:

D'Oyly Carte (Opera Impressario) was boating on the Thames with his sons Lucas and Rupert when he first saw the island. When it came on to the market, he bought it, together with a ¾ acre plot on the Weybridge side of the river bank. He built a very grand country house with a footbridge. He and his wife Helen used it as their country home.
1896: D'Oyly Carte decided to convert it into a hotel, no doubt as a country retreat close to London for guests at his Savoy Hotel. This plan was thwarted by the local magistrates, who refused to grant a licence to sell alcohol.
In later years, D'Oyly Carte displayed his macabre sense of humour by keeping a crocodile on the island.

D'Oyley[sic] Carte's Island, close to Shepperton Lock, is so named on account of the house built there by the producer of the Gilbert and Sullivan operas - whose taste in architectural matters was unfortunately not so good as his taste in music.
The island is a favourite place with anglers, where chub, perch, and pike may all be hoped for, and there are generally a few patient punt-fishermen to be observed seated on their kitchen chairs waiting for bites. 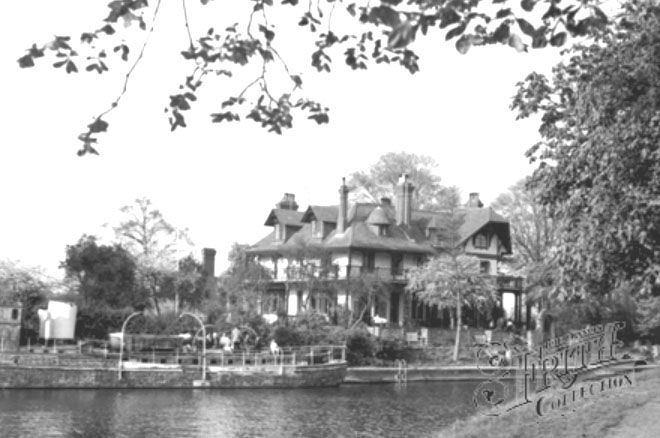 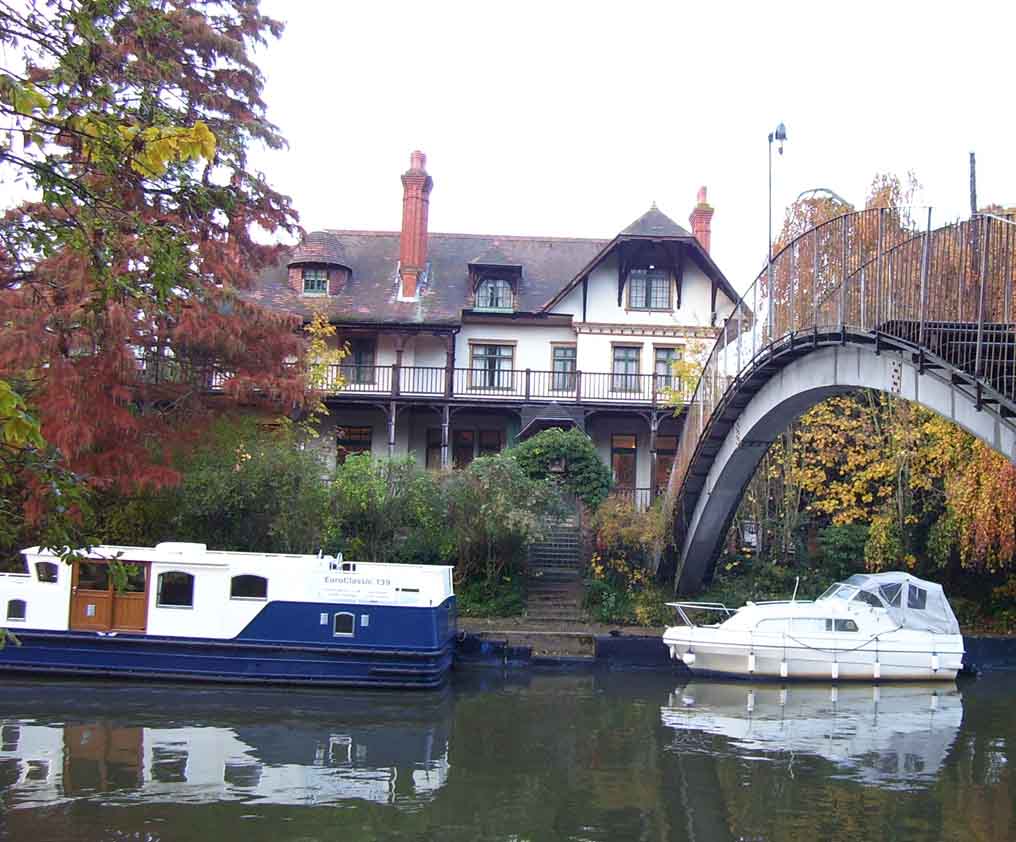 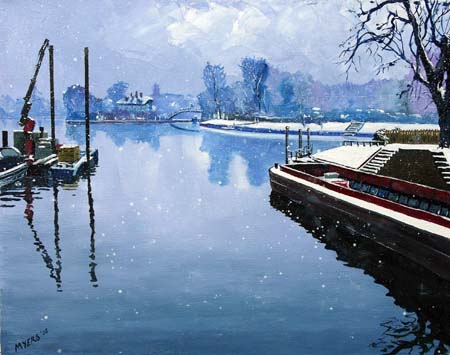 Eyot House for Sale: £4,000,000
Built in 1890 and home to the Gillert and Sullivan opera company, 10,000 sq ft Eyot House occupies the centre of the semi-wild D'Oyly Carte Island and consists of 13 bedrooms, six bathrooms, five reception rooms - and 39ft ballroom!
Surrounding the property on three side is the beautiful pitch pine veranda and there are wonderful river views to Shepperton to the north and Weybridge.