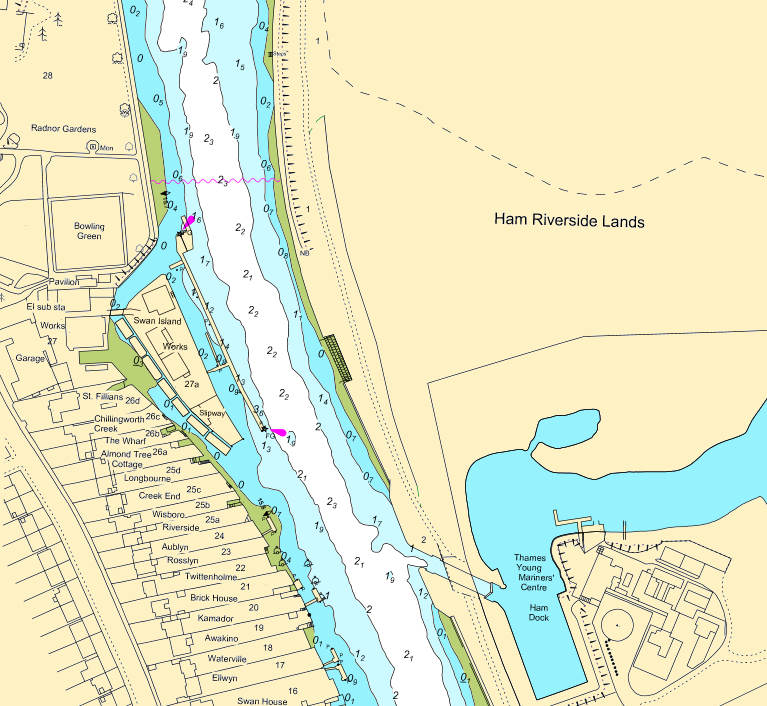 On approaching Twickenham, we pass Strawberryhill, the elegant villa of the late Horace Walpole, earl of Oxford. This beautiful mansion was built by his lordship, after the most select parts of Gothic architecture. Great taste is displayed in the numerous ornaments of the edifice, and in the choice collection of pictures, sculptures, antiquities and curiosities which it contains. By the late lord's will this mansion was appointed the residence of the Hon. Mrs. Damer, whose genius and taste, as a sculptress, are generally acknowledged. 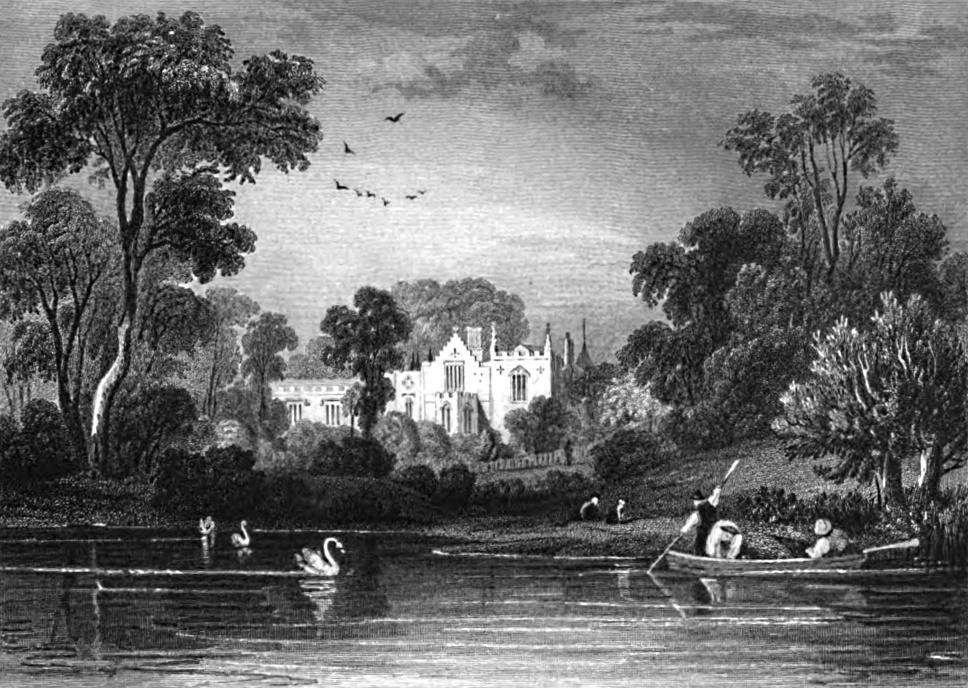 From [Teddington Ferry] to Swan Island, there is a tolerable depth of water; except adjoining the island, where is a shoal about two hundred yards in length.
If a gauge weir was put across the channel, next the late Mr. Pope's house, the water would be swelled for some distance upwards
and, by the assistance of the ballast engine, the barge channel might be greatly deepened.

[ This next quotation suggests that the Island was originally Milham's Ait built in the 1890s - however John Rennie knew it as Swan Island in 1794 so the name is much older.
Of course the island might well have eroded substantially (and below it is called a small mud flat) so Harry Milham may well have built the major proportion.

Newman’s is situated on the privately-owned Swan Island, at the point where the Thames transitions from tidal estuary to freshwater channel. The shipyard is run by Fiona Gunnion, the daughter of Francis ‘Frank’ Newman, who established the business in mid-1950s.
Swan Island was originally a small mudflat known as Milham’s Ait after its owner Harry Milham, a local builder. Harry built the island entirely out of clay excavated during construction of London Underground in the 1890s.
Frank Newman purchased Swan Island in 1962. Originally a cooper, a builder of wooden casks, Frank used those skills to transfer to boatbuilding. He had a great love of boats, but was also a businessman, owning not only Swan Island but also a number of other boatyards and businesses in England and Scotland. From 1969, Frank became a joint owner of Tough’s boatyard alongside Bob Tough. Tough’s and Newman’s yards had a strong connection over many years.
Newman’s Shipyard was originally located on the mainland across from Swan Island. In the 1990s, Frank and Fiona re-developed the island, increasing its height to protect it from flooding at high tides, and renting out the workshops on the mainland to other local businesses. Today the shipyard gets business from a community of forty houseboats moored at the island, some of whom repair their boats at the yard and slipways, as well as maintenance of pleasure boats, and privately owned vessels. Fire Patrol boats also continue to be repaired and maintained there by Babcocks Marine Services.

Meet the People who Live on an Island

- a dozen or so businesses inhabiting a jumble of sheds and warehouses, peppered with nautical gimcrack — a ship's wheel here, an empty barrel of Pusser's naval rum there.
That's only half the story; 40 families live on the houseboats, yachts, barges and floating homes skirting Swan Island.
Together they form a half solid, half bobbing village in the Thames.