... the Town of WANDSWORTH, where is carried on a great Trade in the Dying Business; but it is chiefly inhabited by Fishermen. 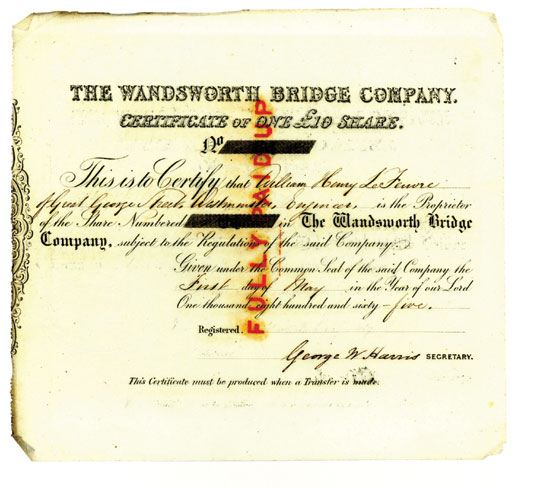 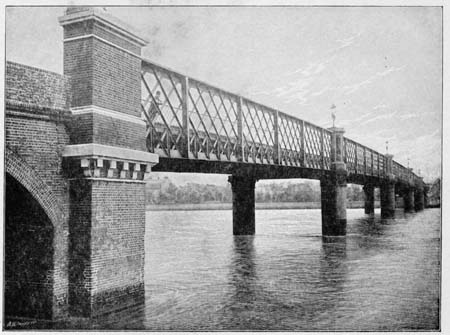 [Wandsworth Bridge] was, financially speaking, a miserable failure, as emerged from the examination of the chairman of the company before a Select Committee in 1876.
The company had trouble in building an approach road of one and a quarter miles to the satisfaction of the parish authorities, and this led to legal proceedings; besides, a flood washed away part of the road. Even by the time of the hearing, three years after opening, the road was not yet usable for carriage traffic. It is worth quoting part of the hearing:
Q: I presume that before you formed your company and built the bridge, you had an estimate of the expected traffic?
A: Yes
Q: In order to show the profit?
A: What we expected was this, quite apart from the increase that would arise from building going on either side. Putney produces £4,000 a year net, and Chelsea produces £9,000 a year. We are situated just between these two bridges, a mile and a half from each, and we certainly anticipated that we should get a share of that traffic, which at the very least would amount to about £3,500 a year; that is without reference to what we expected from the increase of traffic that would naturally flow from the bridge being built.
Q: Even on those estimates, the bridge can hardly have been a purely commercial undertaking, seeing that an estimated traffic of £3,500 would not pay the whole of the interest on the £150,000?
A: There was this in addition to that; we were authorised by our Act to take a very large quantity of land on the Fulham side of the river. The Act was intended to give us power, as a Railway Act does, to take land by compulsion, and then to enable us to let it on building leases, and by that means to make some sort of profit in return for the very large amount of road which we had to construct on either side of the bridge; but it was found that unfortunately the framer of the Act had not provided sufficient power to enable us to do this, and we were threatened with litigation by the landowners on either side if we took anything more than was barely sufficient to make our road, and as we were not in a position to fight the landowners we gave up that advantage ...
the landowners, instead of assisting us, as we thought they most probably would, opposed us in every possible way, and we had to take the land from them by arbitration by a very expensive process instead of their giving us the land for the road, as we anticipated they would have done.

The outlet of the river Wandle, after which Wandsworth is named, is a short way upstream from the bridge.
The river Wandle had William Morris's mill for production of his wall-paper and fabrics 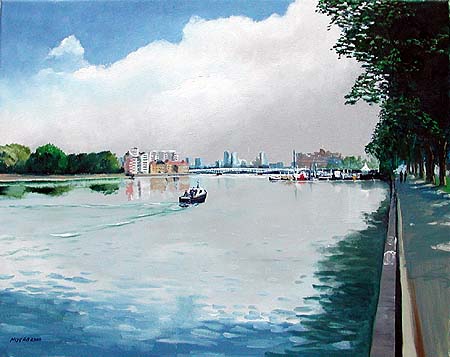