Foundations for the first new rail station to be built on the South Bank in over 120 years are being laid as part of Network Rail's landmark redevelopment of Blackfriars station.
Work on the new Blackfriars south station is integral to the £5.5bn congestion-busting Thameslink Programme and marks a major milestone in the life of a unique project that will create the first station to span the River Thames, and deliver more and better journey options to and through the capital for hundreds of thousands of passengers.
Located at the base of Blackfriars railway bridge, the south station will provide direct access to some of the area's key local attractions east and west along the Thames Path, which include the Tate Modern, Shakespeare's Globe and The London Eye.
Featuring a new glazed concourse area with retail space and ticket facilities, entry to the new platforms that span the river, and improved use of the Thames Path through widening the pavement at this location, Blackfriars south station has been designed to meet the needs of all users. 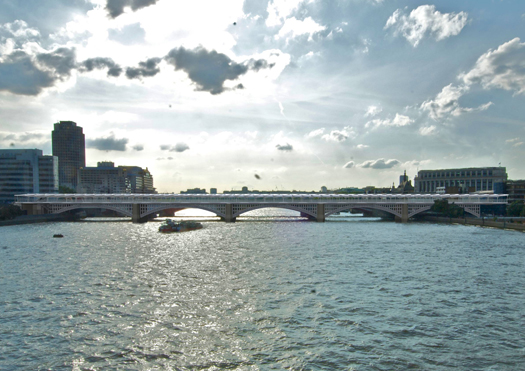 The new Blackfriars station will span the River Thames, Impression, 2009 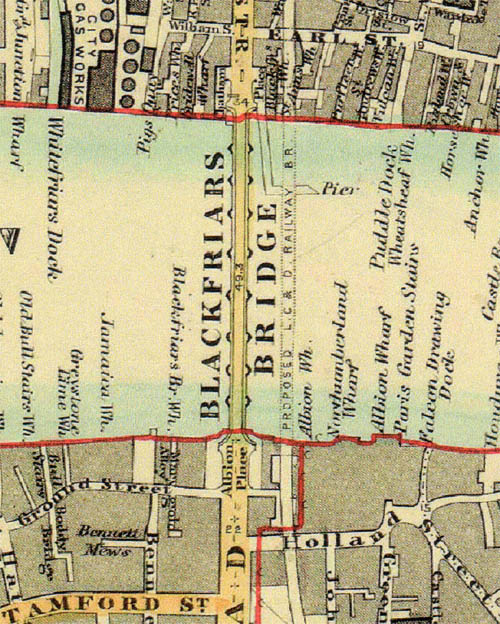 1864: 'London Chatham and Dover Railway Bridge' was built to accommodate the London Chatham & Dover Railway when the station was known as St. Paul's.
Designed by Joseph Cubitt and built by Kennards of Monmouthsire.
Five spans of wrought-iron lattice girders were supported by massive cast-iron columns. It carried 4 tracks and was 933 feet long.

This appears to show a relatively primitive railway bridge - 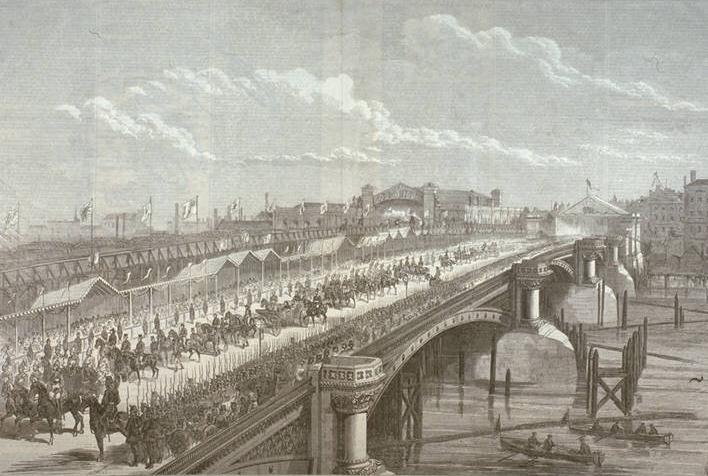 I think this picture may show this 1886 bridge - 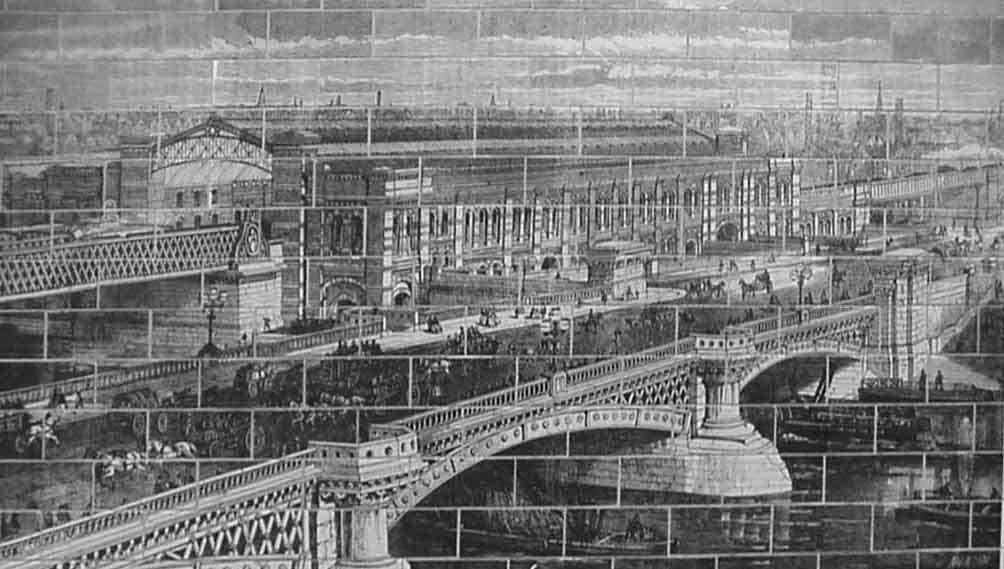 Blackfriars Railway Bridge 1886, seen over Blackfriars Road Bridge
Again view from upstream with the station on the south bank 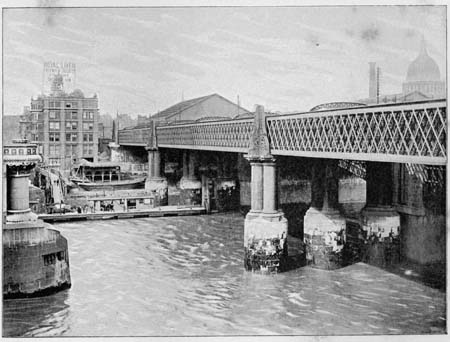