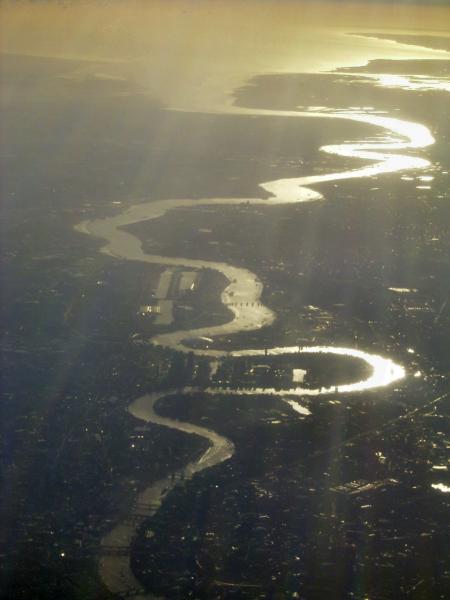 The Thames Estuary, Claude Schneider
The QEII Bridge is too thin to show up in this photo


The most prominent feature of this section, and indeed the eastern part of the Thames, is the Queen Elizabeth II Bridge (QEII Bridge) which takes southward M25 traffic only; north-bound traffic uses the Dartford Tunnel. The bridge links Essex and Kent and spans high above the Thames to allow the passage of large container ships. The spectacular elevated views from the bridge are only available to vehicular traffic. The M25 and the bridge/tunnel approach and toll areas take up a large area.

1991: Bridge opened by HM The Queen in October 1991 to carry the M25 over the Thames estuary. Prior to the opening, all traffic in both directions had to go under the river through the Dartford tunnels. This cable-stayed bridge carries four lanes of traffic in one direction, north-south, and the south-north traffic passes through the two tunnels. The main span is 450m and with the inclusion of the approaches the total span is 2872m, the height of the centre span is 65m above the river level to allow the passage of very large shipping. It is run as a toll crossing and affords spectacular views both up and down stream. 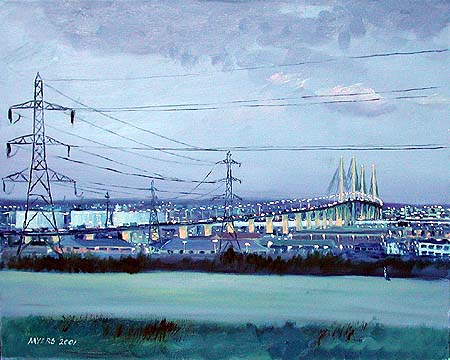 
One of the Dartford Tunnels

2003:  A 3m diameter tunnel built upstream of the Dartford Tunnels designed to carry and allow for maintenance of 400 kV national electric grid cable beneath the Thames.