...
As, first, the rower's inexperienced strength
Plies the small skiff the safer Cherwell's length ;
Soon, proud of skill, assembled crowds he braves,
Where silver Isis boasts her broader waves.
What time his course the summer sun hath stayed,
And softer evening spreads the gathering shade,
While beauty walks the banks, and music round
Sheds o'er the heart the enchanting power of sound,
And gazers, from each hill and college, stand,
Cheer their own boat and anxious urge to land,
When back from Iffley the swift oars are heard,
Dash in the stream, though scarce the stream is stirred-
The steersman shouts, the gallant crew rows on,
And toil is pleasure if the race be won.
As here young Isis rolls, in laughing pride,
Through classic scenes her unpolluted tide,
With more of beauty than of grandeur flows,
Sounds but of joy disturb the calm repose,
Soon ships and commerce crowd the mightier streams
And deck the bosom of majestic Thames. 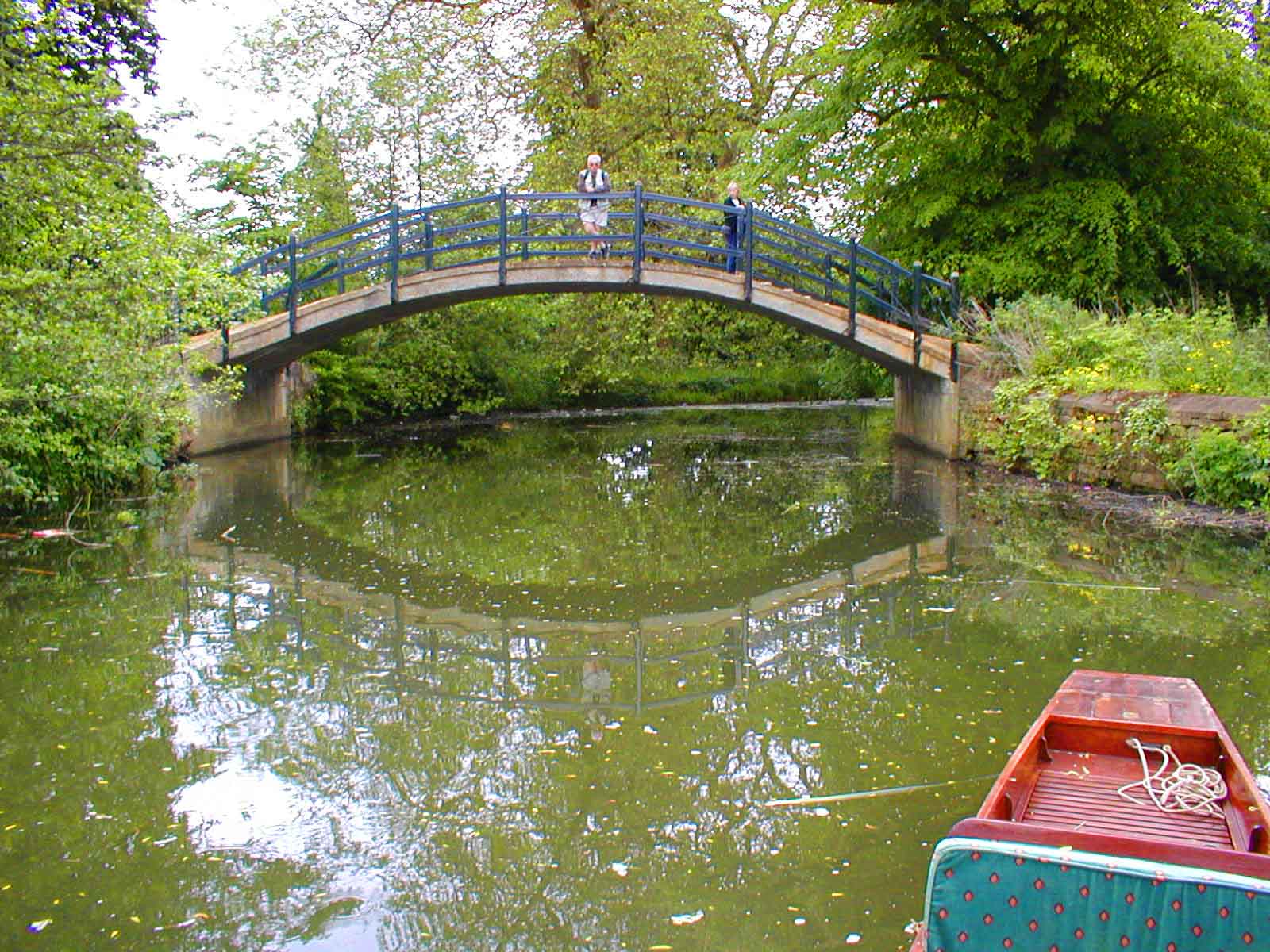 The old mouth of the River Cherwell.

1784: And here is a view from almost the same position - showing (I think) the old mouth of the Cherwell, Christchurch College and Folly Bridge - (here called South Bridge). Drawing by Samuel Ireland - 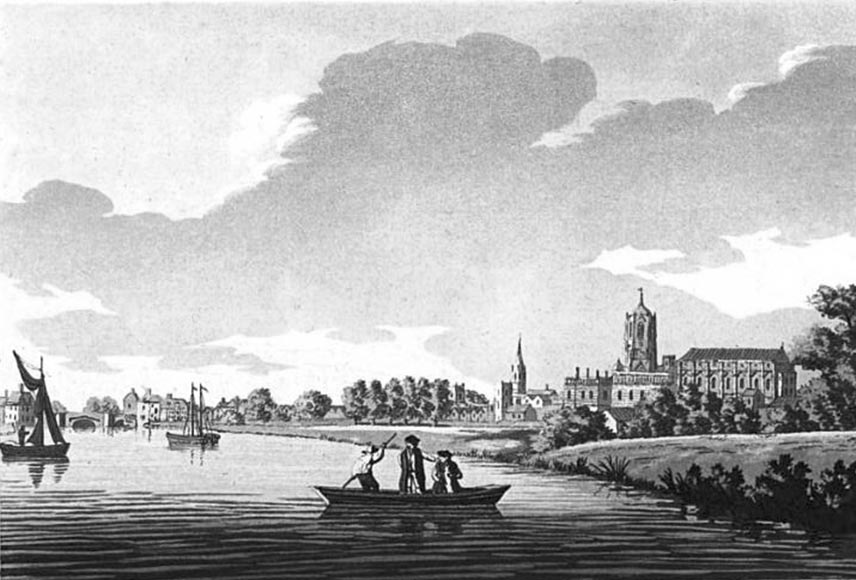 [The old mouth of the Cherwell and ] Christchurch College & South Bridge, 1784, Samuel Ireland

THE noble College of Christ Church, and its contiguous buildings, form a beautiful combination of objects from the neighbouring meadows on the margin of the river. At the extremity of these meadows the river Cherwell unites itself with the Thames, which gently winds its current through a delightful range of verdant scenery ... 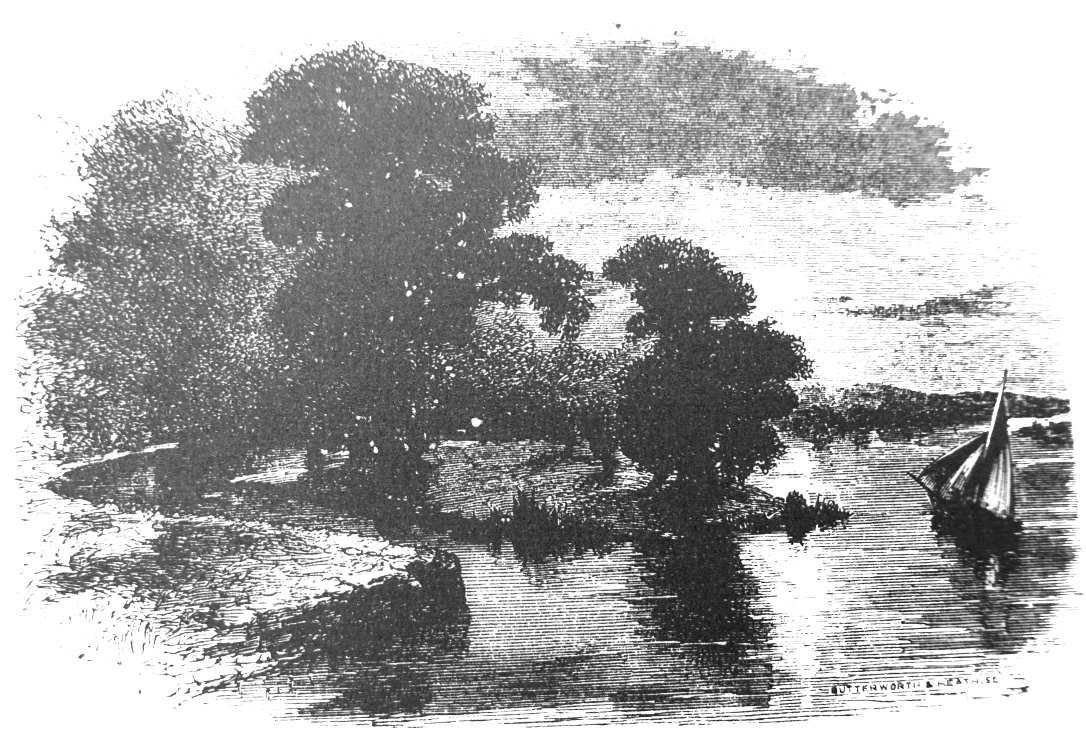 JUNCTION OF THE CHERWELL AND THE THAMES

[ To the left Christchurch Meadow, centre Boat House Island. This is the site of the modern pedestrian Bridge to the Boathouses ]

At the termination of Christ Church Meadow occurs the junction of the Cherwell and the Thames: the river so dear to Alma Mater has its source in the Arbury Hills, near Daventry, in Northamptonshire: it enters Oxfordshire near Claydon, flows past the town of Lanbury, through Islip and several other villages, runs its course of about forty miles (but nowhere navigable), and on its arrival at Oxford surrounds an island appertaining to Magdalen College (where it is crossed by a bridge of great beauty), running beside "Addison's Walk", waters the banks of the Botanic Garden, passing by the side of Christ Church Meadow and its tree-embowered walks, and loses itself in the great river in whose company it journeys to the sea.

Our noble old topographer, Camden, takes the opportunity of this locality for an eloquent praise of the city in his "Britannia". He says,
"Where Cherwell is confluent with Isis, and pleasant aits, or islets, lye dispersed by the sundry dissevering of waters, there the most famous University of Oxford sheweth itself aloft in a champion plaine. Oxford, I say, our most noble Athens, the muses-seate, and one of England's stays - nay, the sun, the eye, and the soul thereof, from whence religion, civility, and learning, are spread most plenteously into all parts of the realm. A fair and goodly city, whether a man respect the seemly beauty of private houses, or the stately magnificence of public buildings, together with the wholesome site or pleasant prospect thereof. Whence it came to pass that of this situation it was (as writers record) in ancient times called Bellositum" *
* Camden's "Britannia", as translated by Holland, 1637