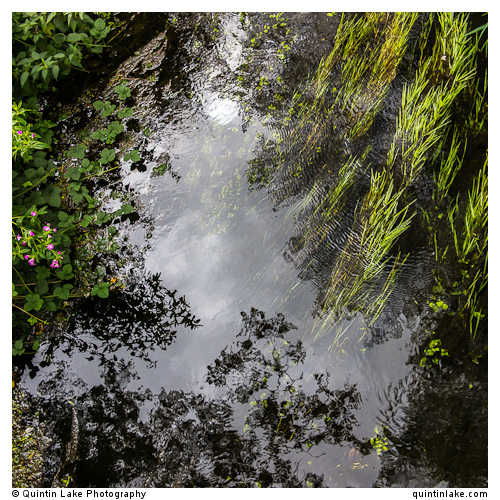 From here on I have written as if the entire way is navigable.  It is not (or at the very least not easy, even for a canoe at times).  After the Cricklade Town Bridge the Thames leaves Cricklade going into the North Meadow Nature Reserve. 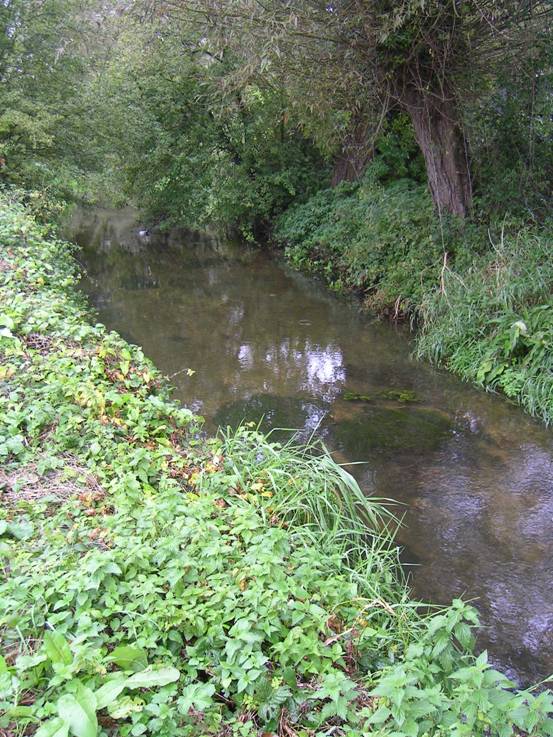 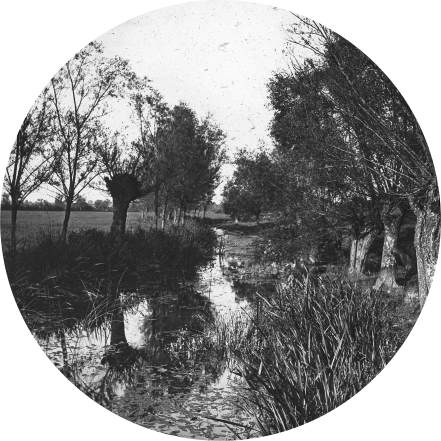 This is the first weir going up the Thames not passable by means of a lock.
The Thames Path crosses over.

The River is navigable to West Mill for barges of six or seven tons.

There is a weir just above the site of West Mill 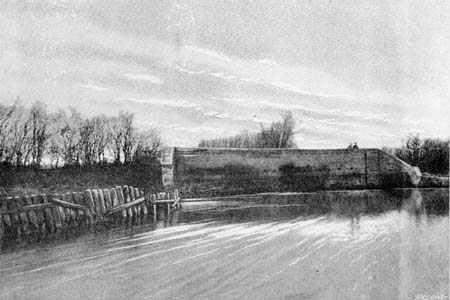 The navigation of these first few miles of the Thames was long ago considered to be so irretrievably a thing of the past, that it was permitted the constructors of the North Wilts Canal, in crossing the stream, one mile above Cricklade, to build a brick bridge or aqueduct so low-pitched across it that the crown of the arch scarcely appears above water, and effectually stops any attempt to get even a canoe through.

The aqueduct of the North Wilts Canal crosses the River, indignant Thames running beneath it through culverts.  The canal you can cross, if tramping, at a lock a little northward. 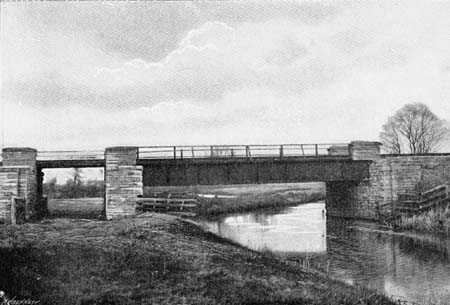 There is no footway beneath the M. & S. W. J. railway bridge;  you must cross over the embankment if you are afoot.

The railway now dismantled and used as a cycle track.

And then the site of a previous weir just above the railway crossing.
1871: Taunt - Weir the sill and sheeting still in fair order, .
1920: Fred Thacker -

About half a mile (below Hailstone Hill) [a weir] - I could find no surviving relics about 1910, except some stones in the bed which may mark the site.  Old weir sills were often used as a foundation for stepping stones.

[Footbridge of] substantial timber on stone pillars and carries a path across joining South Cerney and Cricklade.

1921: Fred Thacker - "Here is a solid bridge of two arches: one of stone and one of brick"

At Leigh are two bridges: one three arched of stone, one of timber.

In winter and very early spring it is possible to get up the river to [ Waterhay ] bridge. 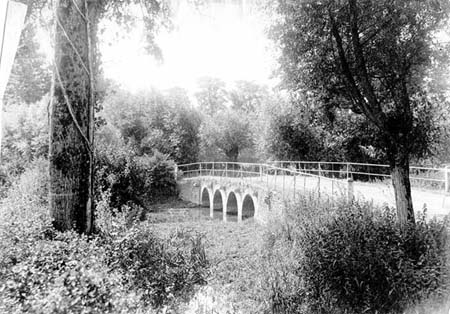 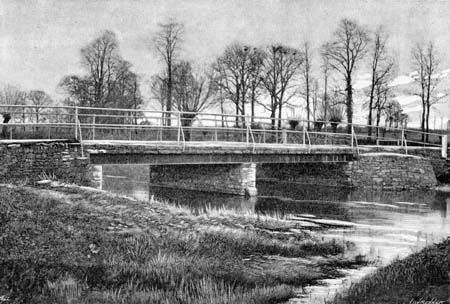 It is at WATERHAY BRIDGE, seven miles from the source, that the tradition of serious navigation begins.
When first you cross this bridge, and gaze down upon the brook that trickles beneath it through forget-me-not and cress, it is difficult to believe that a traffc of small barges once forced its way hither.
If however you regard the width of the channel and the height of the banks below the bridge, capable of more feet of water than there usually are inches, you may be inclined to accept the tradition.
Taunt indeed said in 1871 that "in winter, and very early spring, it is Possible to get up the River to this bridge": he very probably had done it.
Dredge dates the present structure in 1895 ; and says its predecessor was of masonry.

There is parking here. 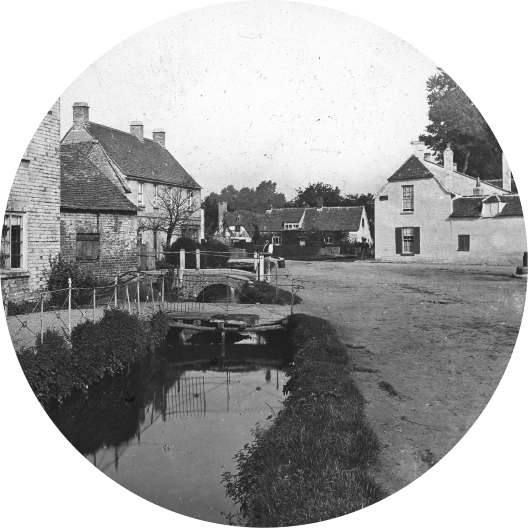 Right Bank
The River splits.  The Swill Brook is straight on  but a branch of the Thames flows into it after half a mile.  In the Right bank stream are some tortuous meanders; and then three bridges.

On the Left bank side the branch of the Thames splits away which joins the Swill Brook (see above).

The Thames path crosses to the Right bank. 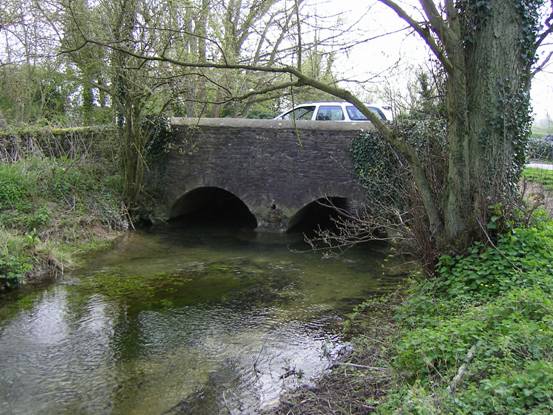 1327: Neigh Bridge built as the winter Crossing when the "summer ford" was not usable. 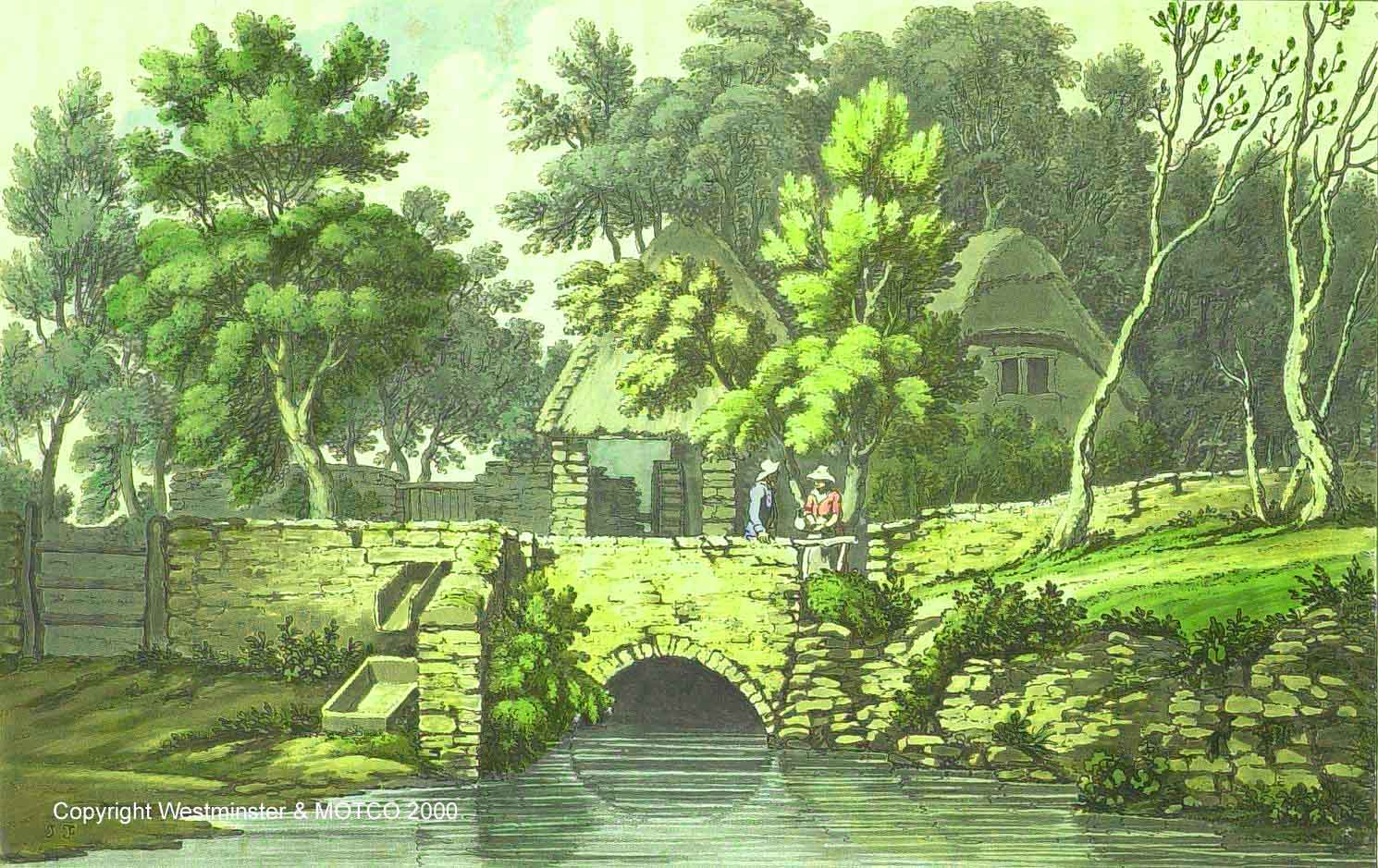 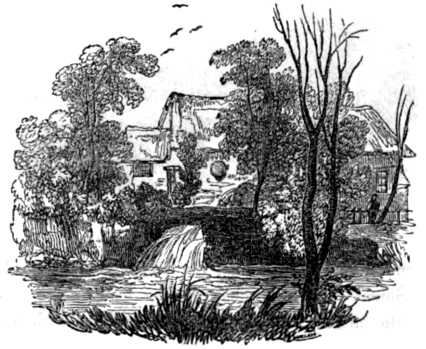 Sweet is thy course, and clear, and still,
By Ewan's old neglected mill:
Green shores thy narrow stream confine,
Where blooms the modest eglantine,
And hawthorn-boughs o'ershadowing spread,
To canopy thy infant bed.
Now peaceful hamlets wandering through,
And fields in beauty ever new, 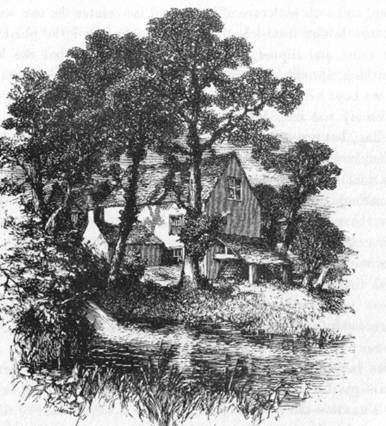 The Thames near Kemble, Ashley Bryant - 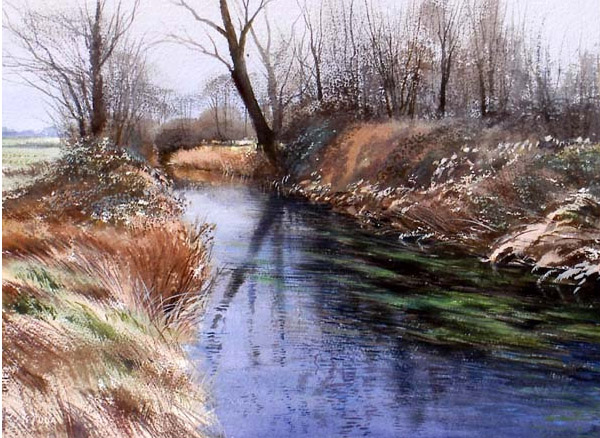 The Thames near Kemble, Ashley Bryant

Under the Ewen to Poole Keynes Road, just south of Ewen.
After a mile the river runs close to the Kemble to Ewen Road.

Under the Kemble to Ewen Road. 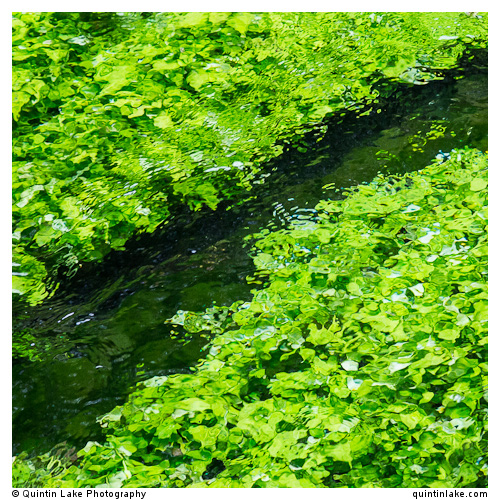 The A429 is approached at the point where a dismantled railway used to cross it.  The embankment remains. 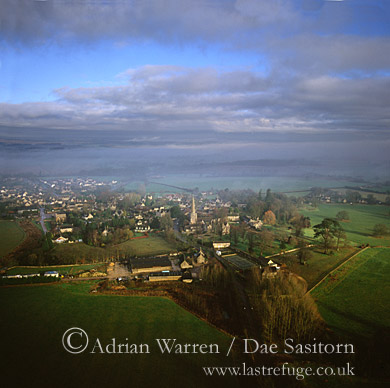 Kemble from The Genius of the Thames by Thomas Love Peacock 

Where Kemble's wood-embosomed spire
Adorns the solitary glade,
And ancient trees, in green attire,
Diffuse a deep and pleasant shade,
Thy bounteous urn, light-murmuring, flings
The treasures of its infant springs,
And fast, beneath its native hill,
Impels the silver-sparkling rill,
With flag-flowers fringed and whispering reeds,
Along the many-colored meads.