Right bank, on the new Navigation Cut.
Be careful of that bridge, it is very narrow, the current is sometimes strong, and boats coming downstream have right of way.  Going upstream prepare to stop if necessary before going through the bridge.
1920:  Fred Thacker -

The modern bridge is most inconvenient to pass cleanly, especially in a high wind:  many a steersman has here in mere seconds lost the sedulously acquired reputation of a lifetime.  Why the navigation was diverted from the old bridge I cannot determine, except that people just then were mad on alterations, whether for better or worse.  The new stream curves more sharply than the old;  and as to the narrowness of the arches, can Abingdon, or New, or Culham Lock bridge, boast of much more room?

[ I suspect that the answer is that in high current flows the old bridge would have become impassable and a considerable danger. ]
The sides of the new bridge show evidence of having been comprehensively crunched by the hapless boats of careless mariners.  It is a local pastime to sit in the Swan  garden, sipping ones ale and waiting for the next crunch - it's a bit like watching Casualty.
[ UK TV Hospital Drama in which various actors depicting innocent members of the public appear going about their daily business until - suddenly they are seriously injured,  for our entertainment.]
[ Think I've just qualified as a grumpy old man! ] 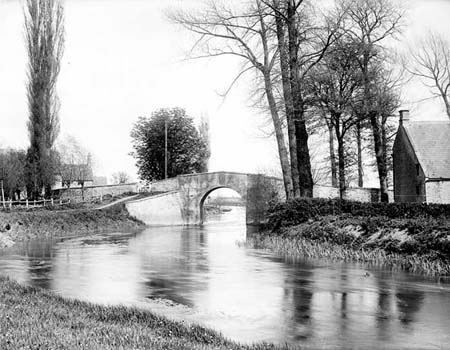 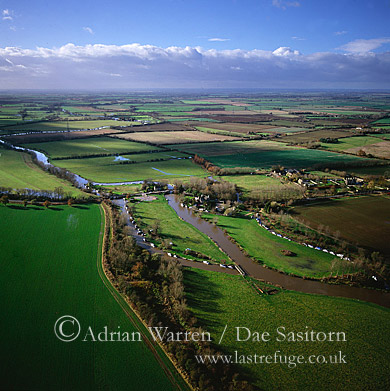 1821: Complaint of large stones in the River bed below the new bridge, probably thrown into the River to prevent the boats striking against Mr. Well's garden wall. 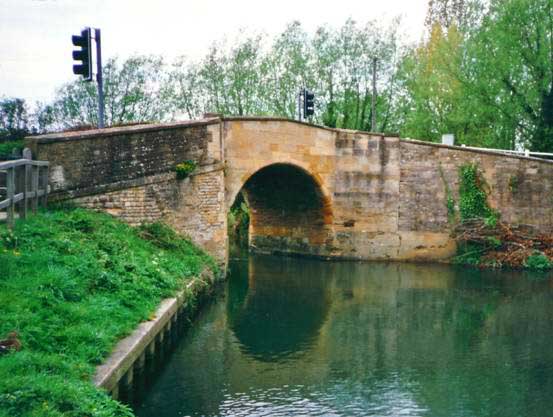 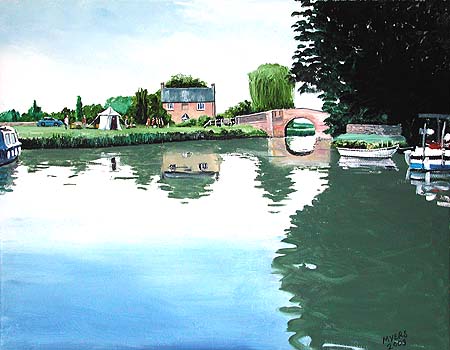