Two miles above Rushey Lock and a quarter of a mile below Radcot Lock. Also known as Harper's Weir; the High Bridge.
1868:  Harper: the weir bridge much broken, and as it formed part of footway to several towns there was much local complaint.
1868: Waterway widened and footbridge built.
1894: Dredge -

[a new footbridge] in place of a very ancient and steep trestle with five openings that had fallen into decay and was unsafe. 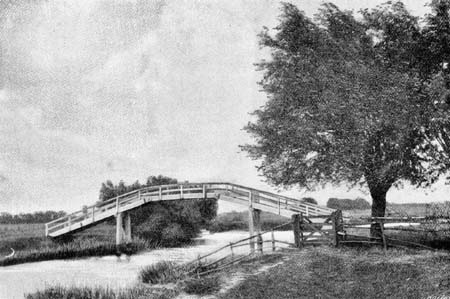 A mile above [the site of] Old Nan's [weir] stands Old Man's (the "High") Bridge, where was once Old Man's or Harper's or Clark's weir.
Here on the Berkshire bank of old time stood an inn, in what was known as Clark's Garden, under the sign of "The Spotted Cow"; a scene of much gambling, cock fighting, and other shady proceedings; a "convenience snug" in truth, and remote enough for the purpose from the Faringdon and Bampton police. The place disappeared within living memory, along with the queer characters who frequented it.
So did the Trout, which also stood by the bridge on the Oxfordshire bank. This was perhaps "Harper's House". ...
Both these inns stood against High Bridge, like the two at New Bridge, but scarcely so reputable, one imagines.

The last part of Robert Bridge's "The Voice of Nature"

But far away, I think, in the Thames valley,
— The silent river glides by flowery banks:
And birds sing sweetly in branches that arch an alley
— Of cloistered trees, moss-grown in their ancient ranks:
Where if a light air stray,
— 'Tis laden with hum of bees and scent of May.

Love and peace be thine, O spirit, for ever:
Serve thy sweet desire: despise endeavour.
And if it were only for thee, entranced river,
— That scarce dost rock the lily on her airy stem,
Or stir a wave to murmur, or a rush to quiver;
— Wer't but for the woods, and summer asleep in them:
For you my bowers green,
— My hedges of rose and woodbine, with walks between,
Then well could I read wisdom in every feature,
O well should I understand the voice of Nature.

The fine open pool still spreads below:  much used as a local bathing place. 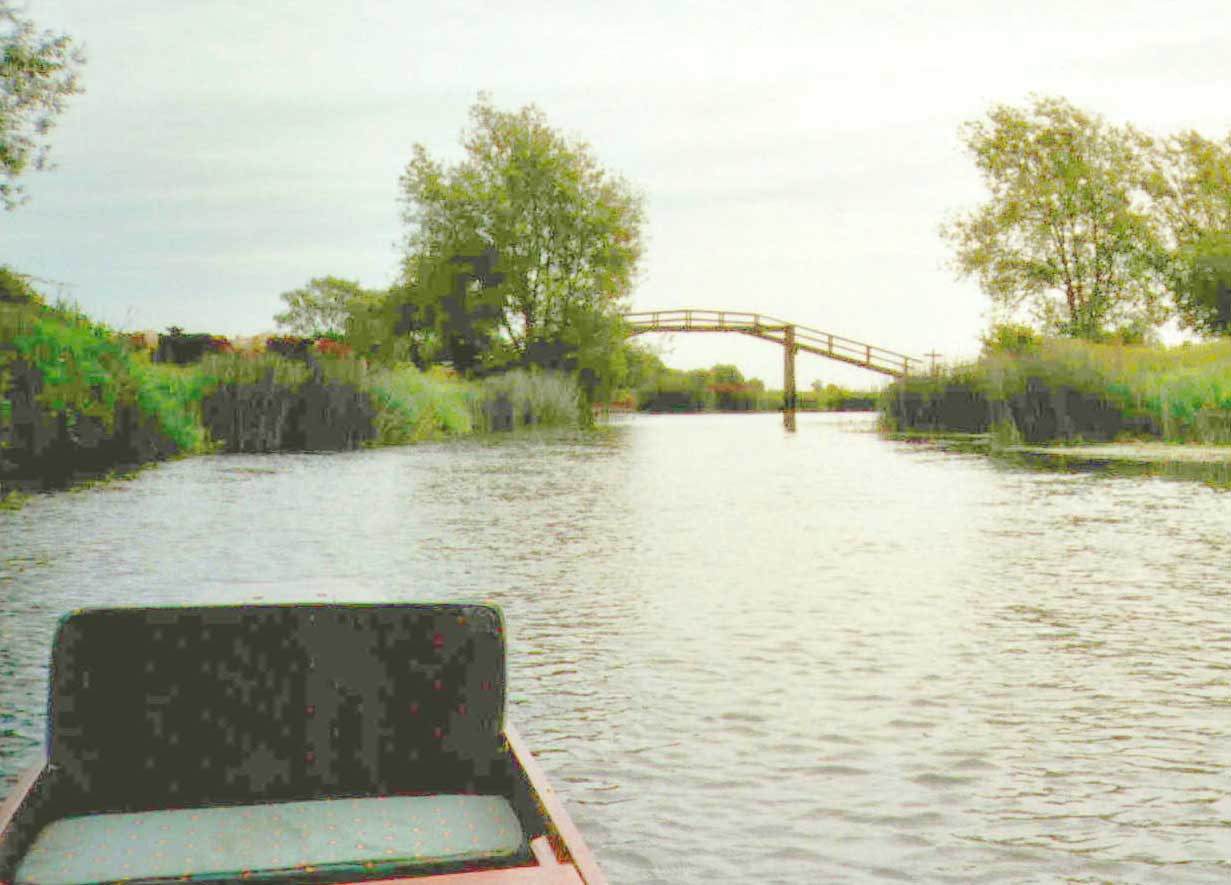 We halt for a splendid bathe but misjudge the banks so I have great difficulty getting out.

Jumping or diving-in is so much easier than getting out! A high muddy bank can be impossible alone - and reboarding a skiff can be difficult. Even a punt can be problematic once you pass 60! Larger boats should have rope ladders
As a rule of thumb: Do not enter the water until you have established how you will get out! 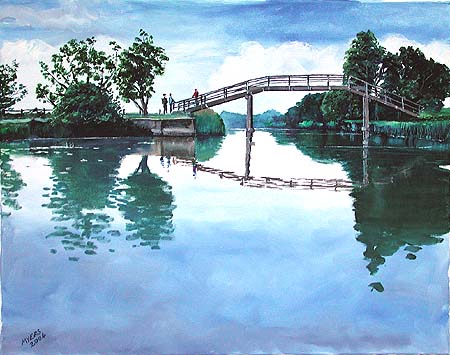