Site of Tadpole Weir, Rudge's Weir or Kent's Weir.
[probably below Tadpole Bridge].
1784: on Robt. Whitworth's map (so perhaps this refers to a previous bridge?)
1789:  Tadpole Bridge built.
1796: A new bridge at Tadpole.

Our course maybe rapid between Radcot Bridge and New Bridge,
[they were going downstream with a strong current. They would have shot Tadpole Weir ]
although the distance is some ten miles; for there is no village along its banks, but one small bridge — Tadpole Bridge — and but one ferry

Tadpole Bridge beside the inn might be a child of Halfpenny Bridge at Lechlade, ten miles nearer to the source.  The same simple arch, the same atmosphere of calm about it, the calm of the upper reaches. 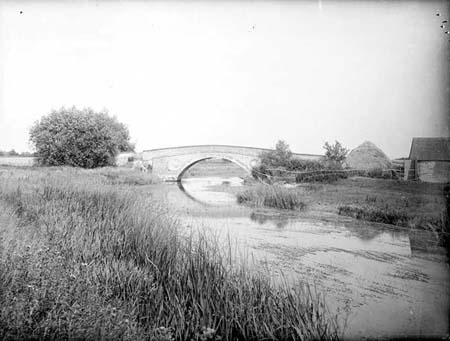 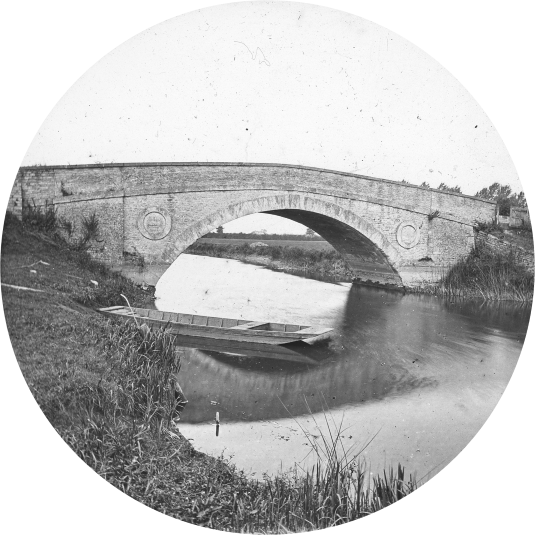 Lantern Slide (1883-1908) -Tadpole Bridge
Pictures by W.C.Hughes. Thanks to Pat Furley, research by Dr Wilson.
This bridge was identified as "Faringdon Bridge"

A late 18th century stone bridge of one large commodious arch. This always seems to me the Cinderella amongst the bridges.
The Left bank still contains some broken stonework at the head of the quite distinguishable pool a very little below [Tadpole] bridge. 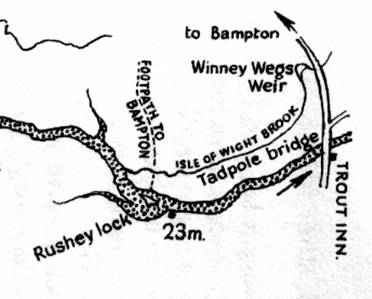 Tadpole Bridge carries the road from Burford and Bampton which joins the Faringdon - Oxford main road near Buckland. The present bridge, possibly the first at this point, was erected at the end of the eighteenth century: it is of stone with one large arch. The 1894 flood-mark shown on many of the Thames bridges appears on this bridge above the level of the surrounding meadows, but below the top of the embankments. There is a causeway approach on the Oxford bank. 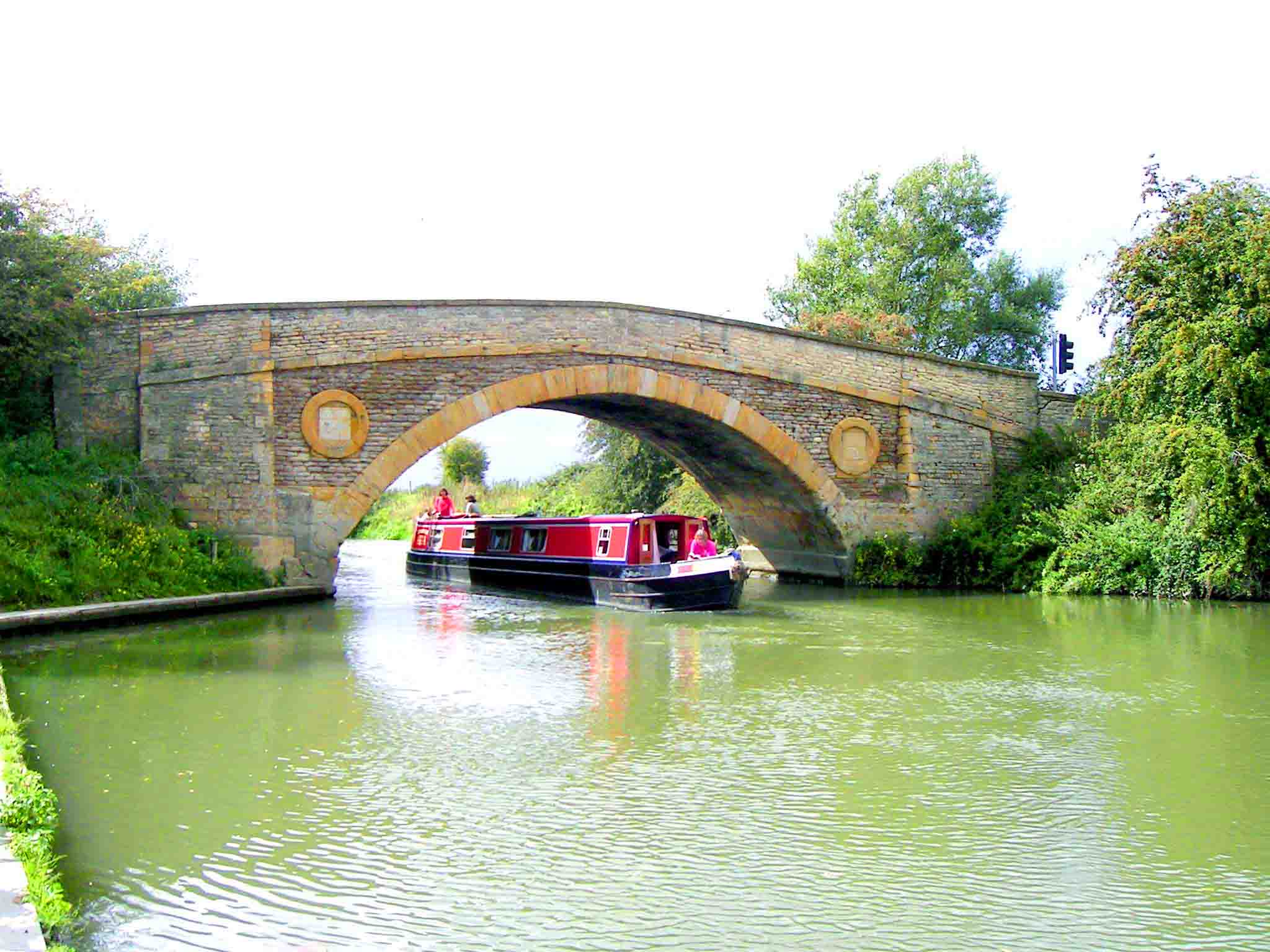 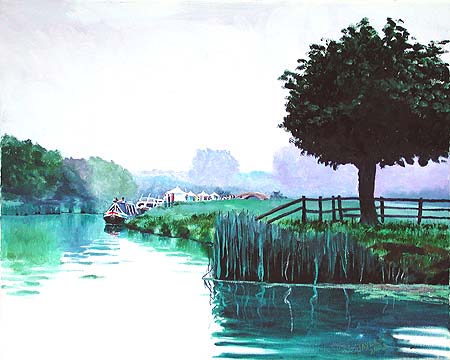 There are references to Winnie Weg's Weir and also Lower Rudge's or Rushey Weir which may have been near here.