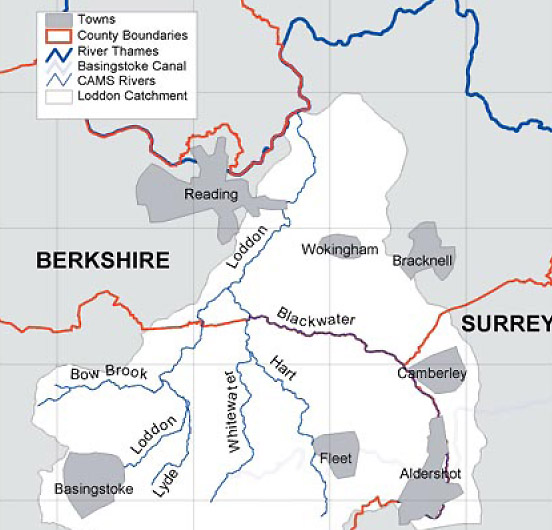 Left bank just above Shiplake Railway Bridge and below Shiplake Lock
The River Loddon rises from chalk fed springs at Basingstoke, and flows north easterly. In the upper reaches of the Loddon, and some of its tributaries, river channels are wide and shallow, typical of chalk fed streams. However, broad lowland river valleys, through which the Rivers Loddon, Whitewater, Hart, Blackwater and Bow Brook meander, dominate much of the catchment. 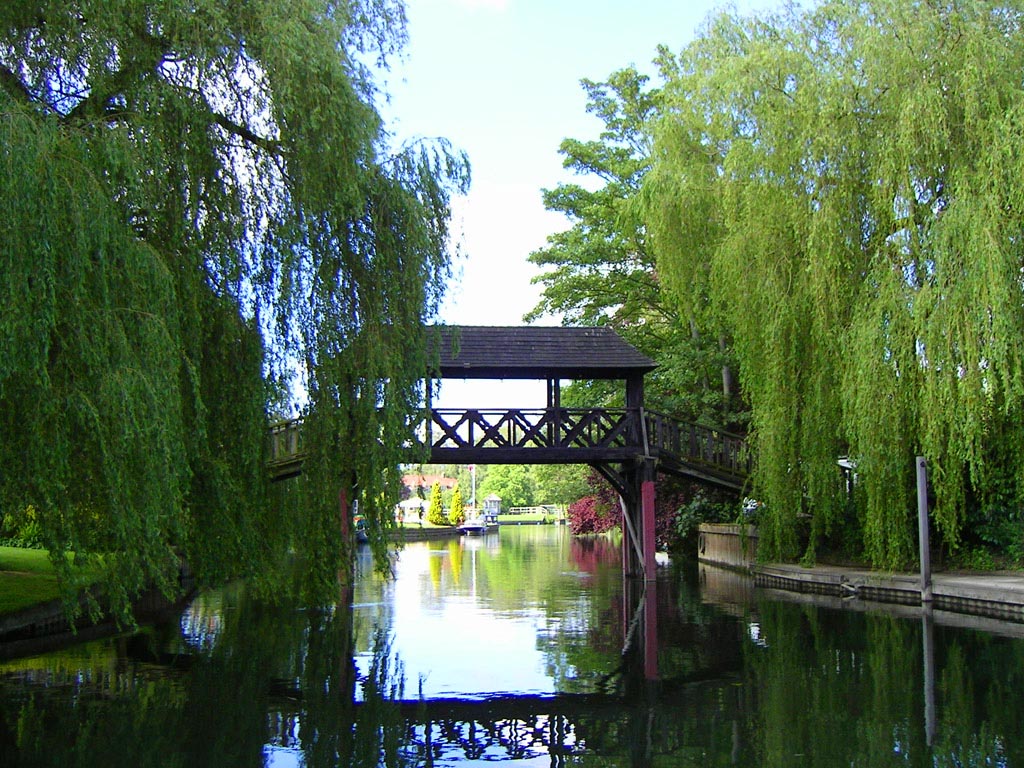 Roofed Bridge over the River Loddon near Thames

just below [Shiplake Lock] the Loddon meets the Thames; the great river being crossed by the railway from Twyford to Henley.
The Loddon is "composed of various branches", — its most distant source being in the vicinity of Basingstoke, one of its accessory rills gliding through a part of Windsor Forest.

I spent a fortnight at Wargrave with my friend Mr. Marks. We had perfect weather, the grey morning mists which hung about the river, giving way each day to the sun, the thin sear foliage on the willows softly gleaming out like clouds of gold dust, and in the evening the banks in the lanes bright with numerous glowworms.
I made studies here for my picture called "Willow, Willow" from the banks of the Loddon, which joins the Thames at Shiplake Weir. 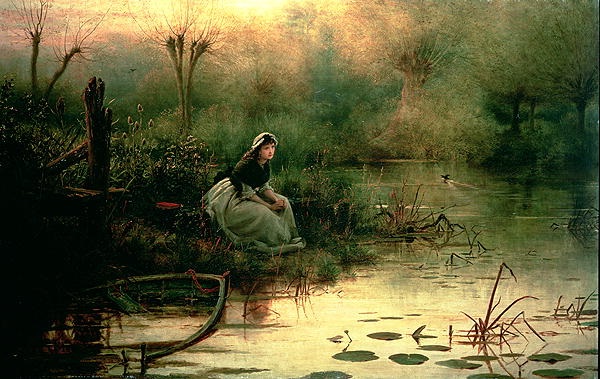 I remember coming home in the train with an enormous bundle of dried reeds, flags, teasles, reed-mace, loosestrife, and a lot of autumnal things, which were the making of the foreground in that picture. In the evening Marks and I sometimes made little beacons out of eggshells and bits of candle, which, as they floated along beneath the willows in the back waters, had a very pretty effect, lighting up the weeds they passed with their bright glow.