The railway bridge being of wood is by no means an eyesore on the river, but I do not think it a very safe one in a winter flood, in passing under it at which times it seems as if the weight of water must carry it away, and if any large piece of the weir or lock were to give way, and drifting down, strike on the timbers of the bridge at the time a train was passing across, I would not give much for the chance of escape of its passengers.  I think one or two piles placed as outposts to the piers on the upper side, would very likely break the force of the blow, and might save the bridge;  it is the nearness of the weir and lock to the bridge which suggests the likelihood of such a mishap.

Immediately below Shiplake Lock, and just past the entrance to the River Loddon, the stream is crossed by one of the most hideous railway bridges in existence. It is a wooden structure, and has the appearance of tottering senility, its narrow arches being a veritable danger to all who pass under them

[ So Leslie says "by no means an eyesore" and Krausse says "one of the most hideous"!
This was Krausse's sketch -] 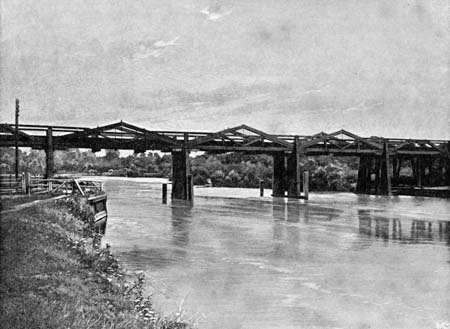 1897: Shiplake Railway Bridge built in iron. It had two twin river spans of wrought-iron plate girders supported in the centre of the river on a pair of cast-iron cylinders filled with concrete. It was built by E Finch & Co

1970s: the line was reduced to a single track and the downstream side of the twin span was removed but the brick abutments and central cast-iron pier are still in place.
2004: Shiplake Railway Bridge - 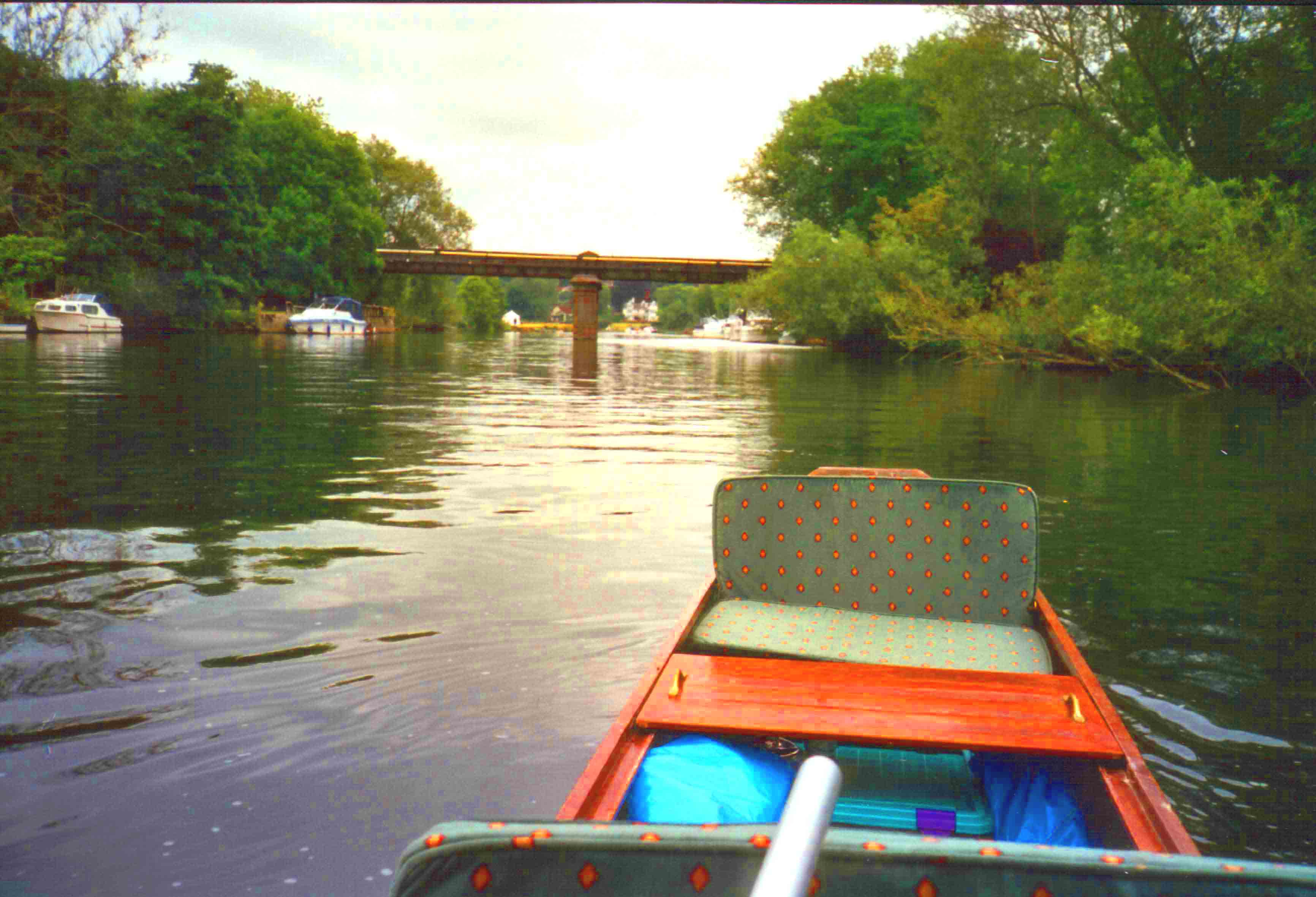 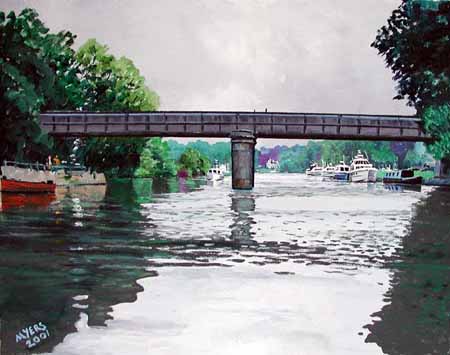