The first island above Henley Bridge is known as East Eyot by the Environment Agency and locally as Bird Island. Attempting to land on Bird Island reveals a strong and rather messy insight into the reason for the name. 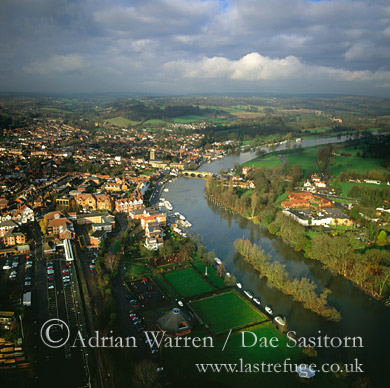 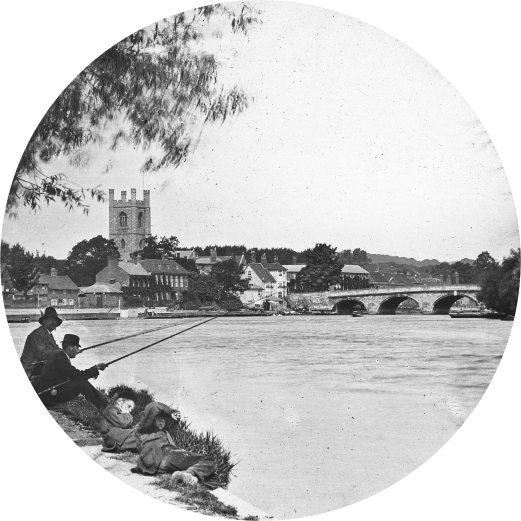 Left bank at the head of Bird Island. Website:

The Eyot Centre is a community centre situated on the banks of the River Thames just 300m from the historic Henley Bridge. As well as hiring out it’s extensive modern facilities to the public, it is also the home of The Henley Canoe Club and The Henley Dragon Boat Club. More recently it has become directly licensed centre for the Duke of Edinburgh Awards.
The Eyot Centre is a registered charity which seeks to provide access to social and river based leisure activities primarily to the young people of Henley and surrounding areas.

Left Bank above Bird Island and below Rod Eyot, unfortunately the boatyard here and the Camping Exhibition (shop) burnt down in 2004 and the slipway is no longer available.

STROKE:
Why did I row in a pair?
Why wasn''t I sooner beheaded?
Why is Bow''s oar in the air,
While mine in the mud is embedded?
Why is his language so rank?
Bargees might hear it and quiver.
Why must he make for the bank?
Why can''t he stick to the river?

BOW:
Difficult 'tis to discern
Why o'er the stretcher Stroke lingers.
Why does he bury the stern,
And bark on the gunwale my fingers?
Why made that coach such a row? --
His cox at the game isn''t handy:
Why am I now at the Plough,
Drinking hot water and brandy?

THE IMPARTIAL OBSERVER:
Here's an infallible tip
For all who would go a-light-pairing:--
Smartness and watermanship
Move a boat faster than swearing.
Whether at stroke or at bow,
Drop all that snapping and sneering;
And don't think your mate such a cow,
Because you mismanage the steering. 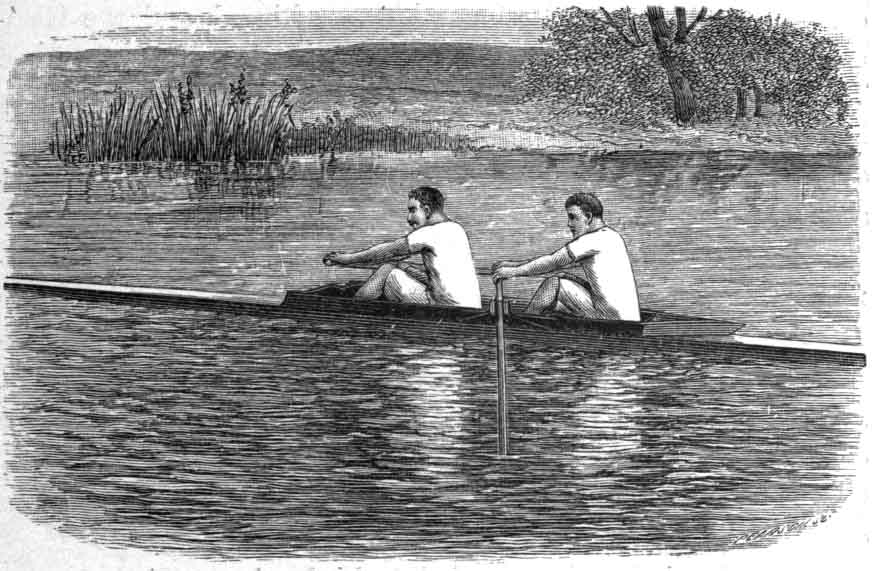 Solomon's hatch is reached on the Berks shore, where there is a good bathing-place.  I never could find out who the particular Solomon was that the place is named after, and I know of no hatches or little sluices here, but the bathing-place is a capital institution for Henley;  the water is clear and the bottom sandy.  Between the hours of 11 and 1 in the morning it is reserved for ladies only, and I am glad to say a good many avail themselves of this opportunity of learning the art of swimming;  the bathing-place is in a backwater, separated from the main stream by a long eyot, and I believe during the ladies'' hours quite safe from intrusion.
The stream here is sharp, as is always the case just below a weir, and the punting very good, the water nowhere being of any great depth;  just at Henley Bridge, as there are some very deep holes, the punting is awkward without an intimate knowledge of the bottom, but from the railway station up to the lock this is everywhere of a convenient depth.