Below the bridge on the left bank is a small unnamed island which is probably a continuation of Pigeonhill Ayt which starts at the bridge. The left bank side of that is the outflow from Bray Mill.

What an imaginative name!
(given there is also "Newbridge" so called for many centuries,
and also Oxford's "Thames Bridge" - so called because it is over the Isis).
Since this bridge is more or less over Pigeonhill Ayt - why not "Pigeonhill Bridge"? - or being near Bray "Bray Bridge"? - or near Monkey Island "Monkey Bridge"?
1999:- 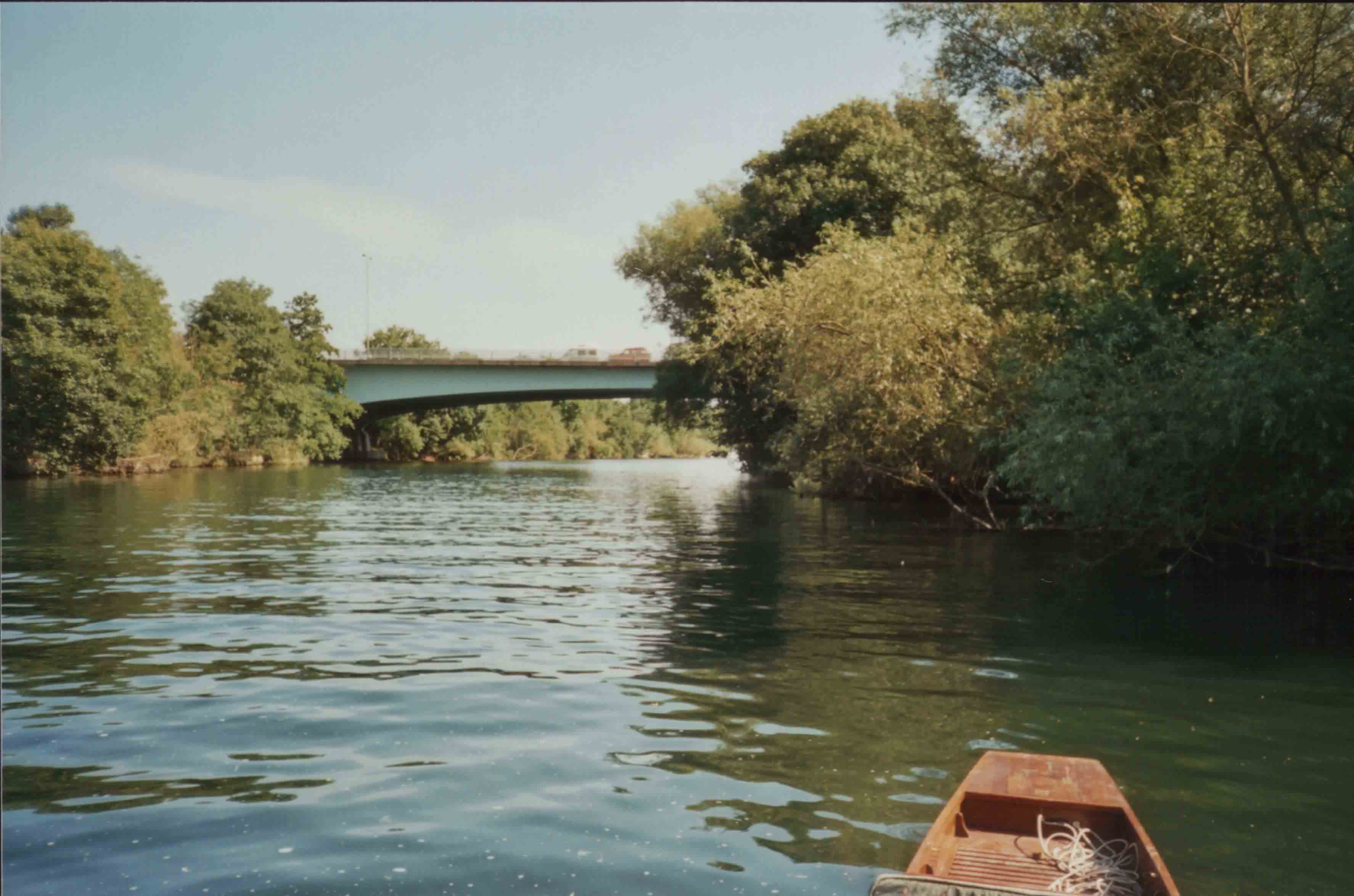 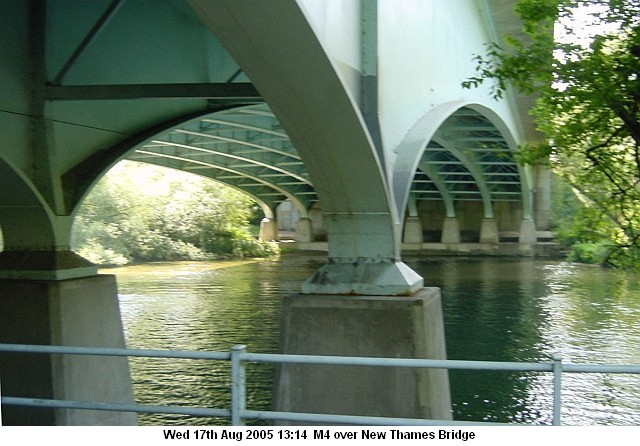 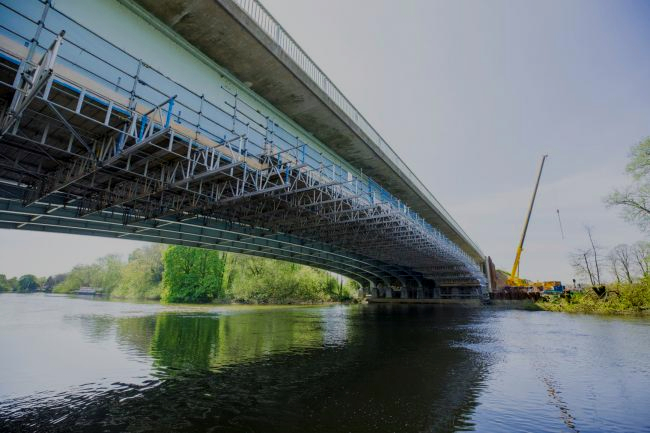 Part of the M4 will be closed in both directions for the next two weekends as contractors widen a bridge.
The Thames Bray Bridge, which carries the motorway over the River Thames west of London is being widened to fit an extra lane in each direction.
It is part of a project to increase the capacity of the road.
The project will see 11 bridges replaced in order to ensure they are wide enough to fit the larger motorway.
The M4 will be closed in both directions between junction six at Slough and junction eight for High Wycombe.
The closure will be in place from 8pm on Friday, May 29 2020 to 6am on Monday, June 1 and 8pm on Friday, June 5 and 6am on Monday, June 8.
During the closures, motorway traffic will be diverted via the A308M, A308 and the A355 and there will be fully signed diversions in place.
The size of the beams and the cranes required to lift and position them will also involve stopping navigation on the River Thames between Boveney and Bray locks during these weekends.
The Environment Agency will issue a Harbour Master’s Notice.
The Thames Towpath will also be shut.

Once when I was here there were two small boys struggling with a fish that at about two and a half feet was almost as long as they were tall. 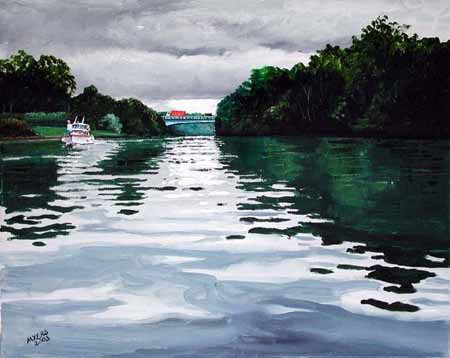