I notice in the Google photos this bridge named "The Cut Footbridge". This is not over the York Cut but over the main River.
The York Cut joins on the left bank just below the bridge. 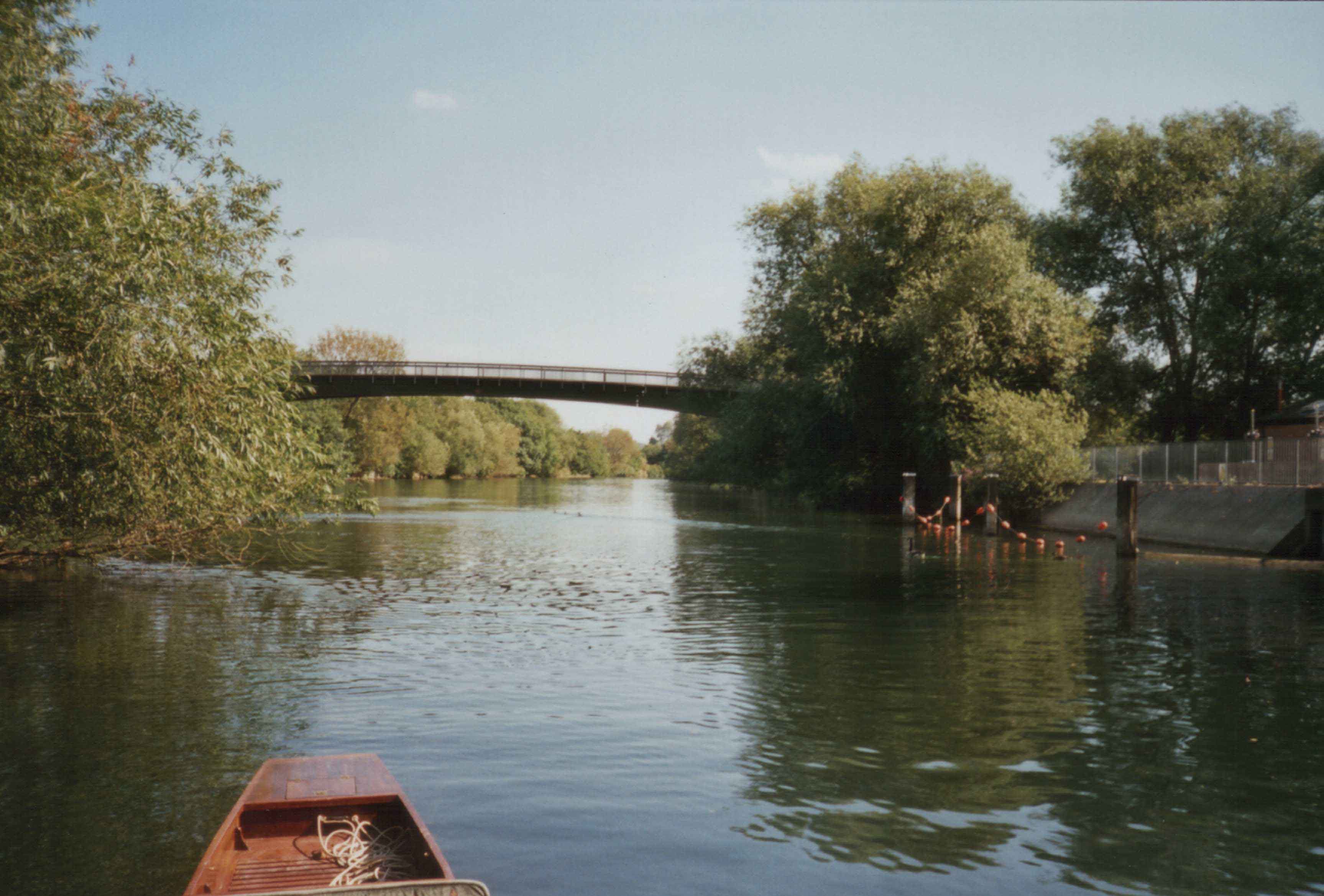 Summerleaze footbridge is actually a gravel conveyor belt in disguise, taking gravel from the construction of the new Eton College (Dorney) Olympic rowing course.  (That was partly how they paid for the £ 17,000,000 project).
The name "Summerleaze" comes from the firm who built it -

During the 1990's Summerleaze was a lead partner in the construction of the Eton Rowing Lake at Dorney, involving the construction of the lake itself and associated buildings and infrastructure.
The creation of the international-standard lake generated over 4 million tonnes of aggregate over a 10 year period, much of which was transferred by conveyor across the Thames for processing at the Summerleaze plant at Bray. As a result, many lorry movements were removed from the narrow roads around Dorney. Meanwhile, the bridge which carried the conveyor over the river has doubled as a valuable new pedestrian and cycle link between the Berkshire and Buckinghamshire banks of the river.
The project is an excellent example of co-operation between industry, public bodies and a leading education establishment, which has achieved mutual benefits and created new leisure opportunities for the public. 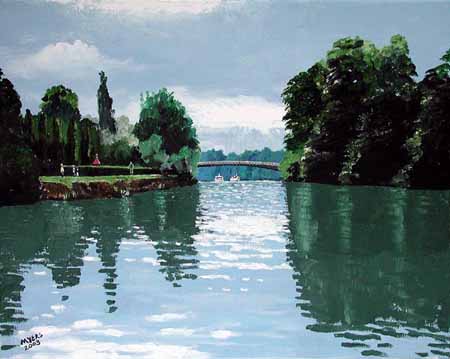