Brunel's Original design for the Great Western Railway. Notice what a shallow river the Thames is!

Brunel's design for Windsor Railway Bridge
Notice what a shallow river the Thames is!

Brunel's famous Bowstring Bridge, carrying the Great Western Railway on the branch line from Slough to Windsor on an extended series of brick arches, one of the longest such brick viaducts anywhere in the world and originally constructed in wood when the railway first arrived in 1849.

A plaque has been erected on Baths Island adjacent to Brunel's Bridge giving details. Brunel's bridge, the oldest wrought iron bridge still in service, is a unique example of Industrial archaeology. 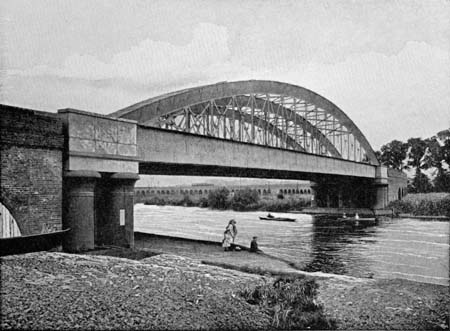 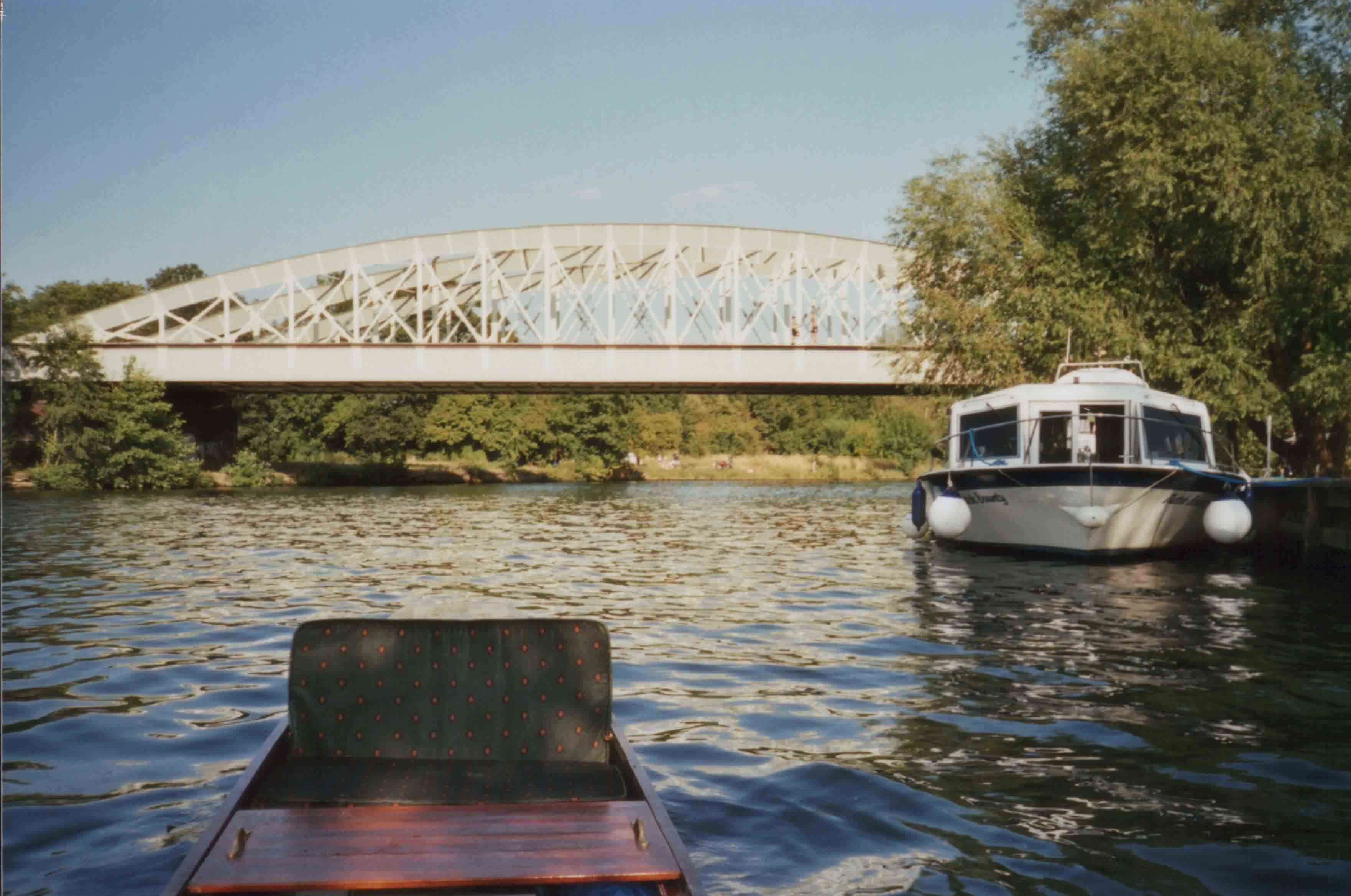 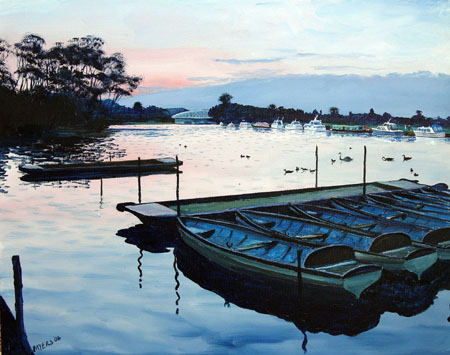