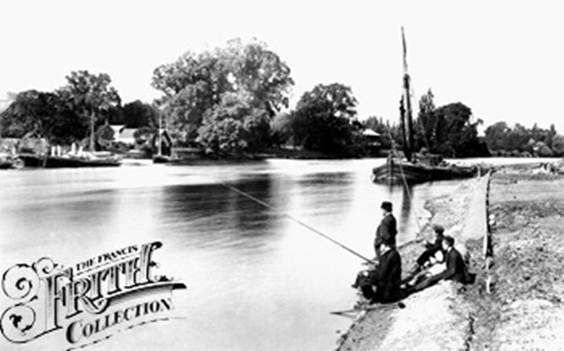 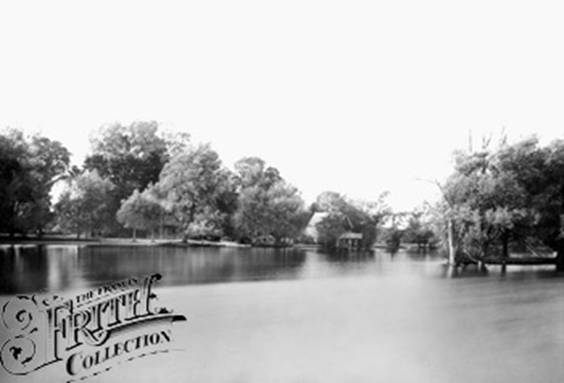 1893, November: The first Kingston power station, Kingston A, opened. These coal fired generating stations being close to the Thames, coal came up river by barge, and ash was sent away the same way. The Bargedock was constructed at Kingston Railway Bridge close to Canbury Gardens. 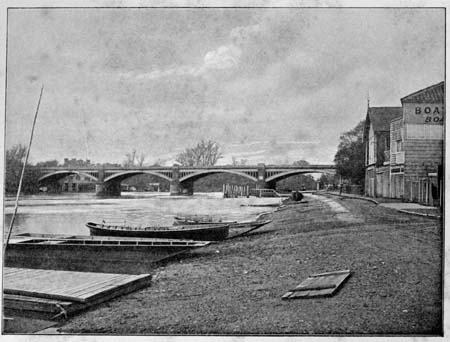 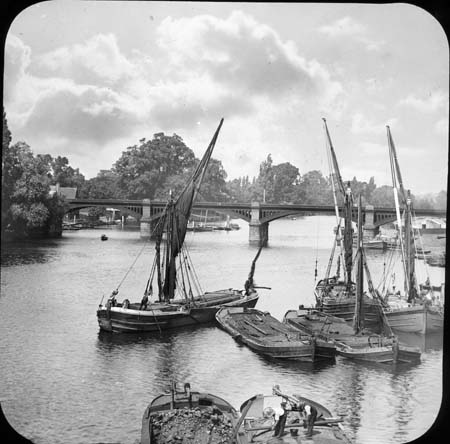 1948: Power station Kingston B was officially opened nearby on 27 October 1948 by King George VI with his wife Queen Elizabeth. A cinema newsreel was made. 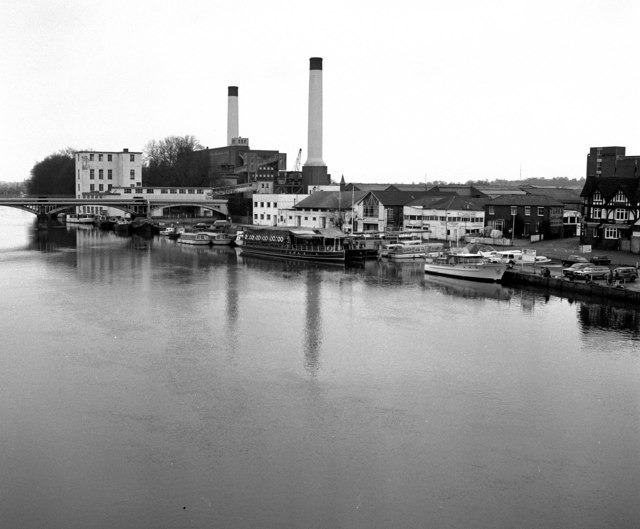 Turk's boatyard and Kingston Power Station, River Thames
Turk is one of the oldest and most respected names on the Thames.

1959: Kingston A closed.
1980: Kingston B ceased generation and both power stations were demolished. A landscaping scheme has been developed to open up this section of riverside that had been closed to the public. 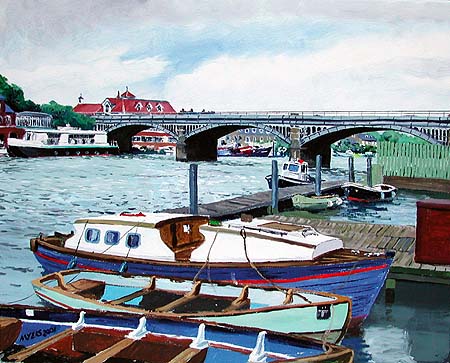