1869: Kew Railway Bridge built by the London and South Western Railway Company to extend the line from South Acton Junction to Richmond, designed by W R Galbraith
575 feet long. Five wrought-iron lattice-girder spans supported on cast-iron columns with ornate capitals carry two railway tracks across the river.
This bridge carries the District Line of the London Underground as far as Richmond. It crosses the river close to the historic area known as Strand-on-the-Green. This is a popular area of old cottages and pubs dating from the 18th century, many of which have steps up to the doors and other anti flood measures as the river often overflows at this point. 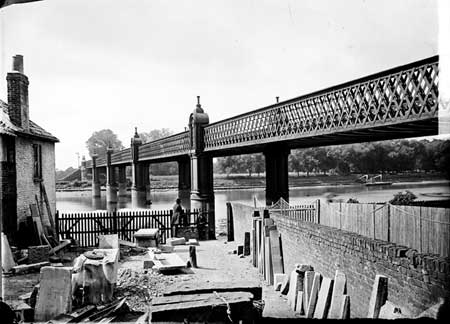 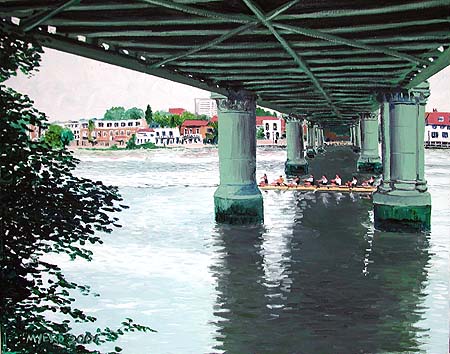