1968: Old London Bridge was sold to Robert P. McCulloch for the sum of $2,460,000.  It seems that before the bridge was built in the 1820s the stones were given numbers or letters indicating their positions. When the bridge was taken down the numbered stones were shipped to the West of England where the skin (about 4 ins thick) of the exterior stones was cut off and shipped to the USA.
The destination was Lake Havasu City, Arizona. The bridge was reconstructed in concrete and the original stone skin attached. It was dedicated on October 10, 1971. The bridge was built on dry land and then the waterway was excavated from under it.

1973: New, new London Bridge -
860 feet long, 104 feet wide. Three cantilevered high-strength concrete arches have spans of 260 feet, 340 feet and 260 feet. The only decorative features of this utilitarian bridge are the granite obelisks on the river-piers and the polished granite facing of the parapet walls. It does have a simple plain appeal - but all the other bridges have character!
Architect: Lord Holford. Engineers: Mott, Hay and Anderson.
The construction of the new bridge was carefully coordinated with the removal of the old so that the bridge remained in use throughout. 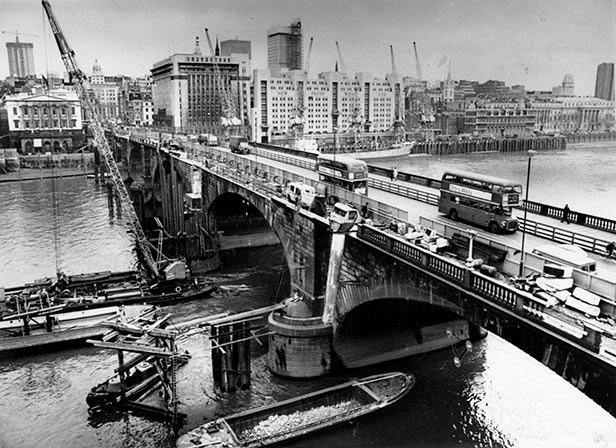 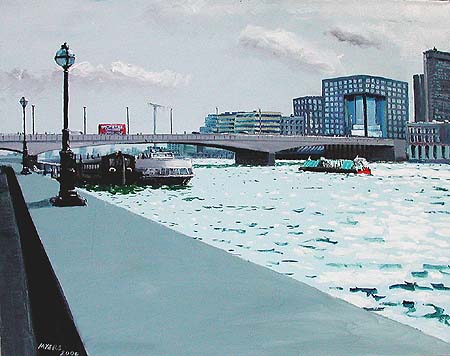