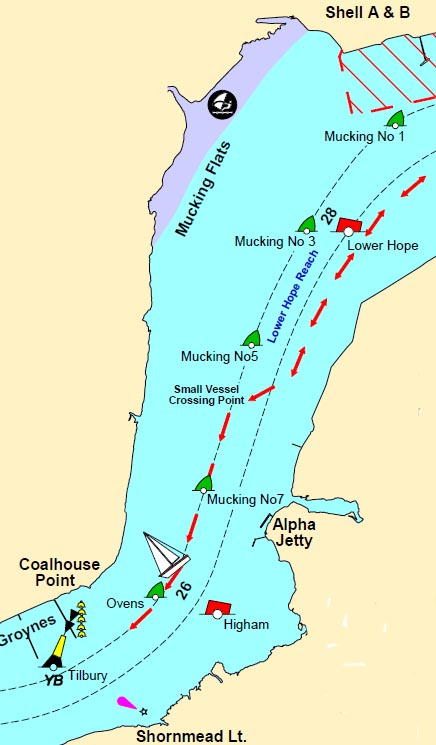 On RIGHT (northwest) bank on the bend

Mucking Flat Lighthouse, Sea Reach:-
Built of iron upon a hollow pile foundation. A temporary light was first exhibited from this position in October 1849, and the present structure was built in 1851.

It is painted black and white in alternate horizontal bands, and is connected with the shore by a long footbridge, also built on piles and coloured white. The height of the light tower from base to vane is 66 feet, and its central lamp burns at 40 feet above high water.

The lamp is under occultation once in every half minute, and the apparatus used is lenticular, giving forth a white beam with red sectors.

A fog bell is sounded during foggy weather.

There are two keepers employed in tending the station, who, having their dwellings at hand, with coals, light, and furniture provided for them, and living with their families, have a much more comfortable billet than their neighbours at Chapman lower down. 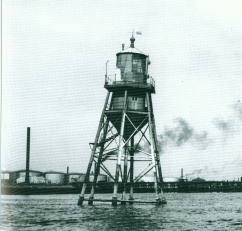 Lower Hope Reach is the end of Sea Reach and the limit for sea going tankers. Mucking Bight or Flats is a mud bank which starts at Shellhaven and extends up river to Coalhouse Fort.

At 33 miles from London Bridge Mucking Bight lighthouse was built here on piles in 1851, maintained by two keepers and connected to the shore by a long footbridge. It was painted in black and white bands and in 1881 it was raised to 70 feet high and painted red. The 1953 floods and a collision with a barge in 1954 led to its removal ...

On RIGHT (northwest) bank on the bend, about 1 km inland 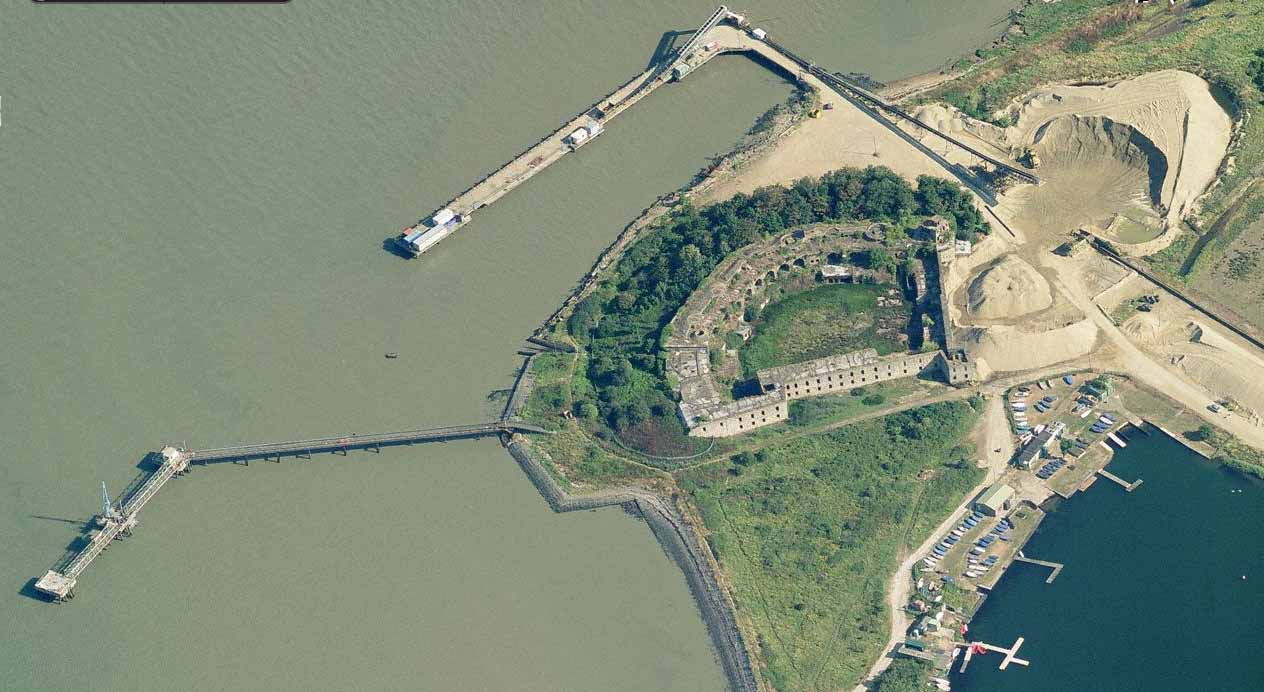 Cliffe Fort, near the village of Cliffe on the Hoo peninsula in Kent, was built in the mid-nineteenth century as a defence against the invasion of London via the Thames estuary.

The fort is derelict and not open to the public, although you can walk around outside the walls. Since 1999, it has been owned by Robert Brett & Sons Ltd, whose aggregates works adjoin it. It is still impressive, and notable as the site of an early guided weapon system: the Brennan torpedo.

The Irish-Australian Louis Brennan invented the guided torpedo which was the "state of the art" coastal defence weapon from 1887 to 1903. The torpedo had two propellers, rotated by wires which were attached to winding engines on the shore station and which played out after the torpedo was fired. By varying the speed at which the two wires were extracted, the torpedo could be steered to the left or right by an operator on the shore. 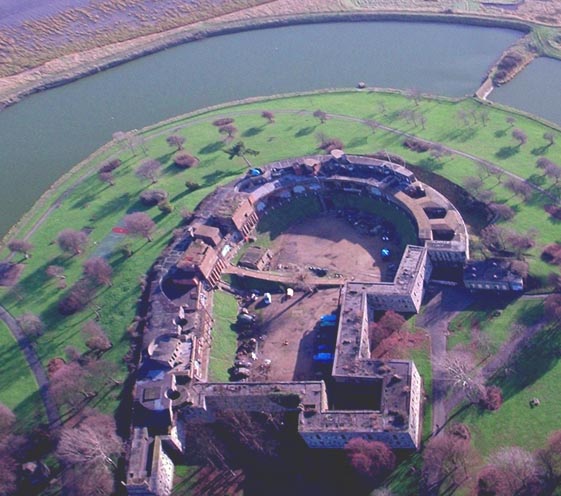 [ I've read enough Hornblower to know you always attack such a fort from the rear. This apparently always took foreign gunners by surprise. It looks as though someone belatedly noticed that and added some rear defences! ]